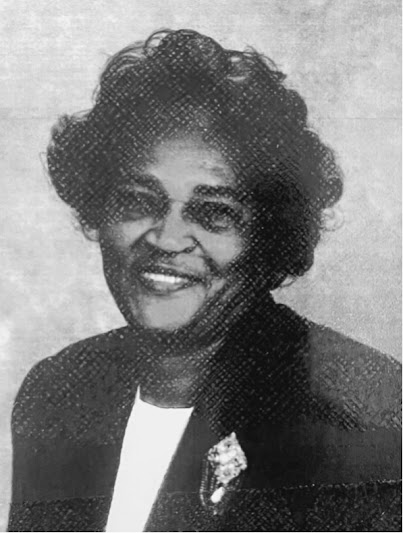 On Monday, November 21, 1921 in McDonough, Georgia, a bundle of joy, Little Ruth was born to Tom and Susie Thomas.  Lillie was the fourth of eight children and was the last surviving of her siblings.

She grew up in McDonough until she met and married J.C. Turner.  They were married on April 16, 1938 and were together until the passing of James C on February 25, 1990.

In the early years of their marriage, James and Lille moved from Georgia to New York City.  With the persuasion of James' uncles to better provide for his family, they left New York and moved to West Virginia.  There, they were introduced to and accepted the Lord Jesus as their personal Savior and answered the call to the Ministry.  They pastored churches in Marion and Chilhowee, Virginia and Johnson City, Tennessee.

In November of 1967, the couple moved from Blufield, West Virginia to Kingsport to pastor the Mt. Zion Tabernacle Church.  They were a real power couple because of their faith and how they worked together and supported each other in the Ministry.  Elder Turner pastored Mt. Zion Tabernacle until the time of his passing.  Mother Turner worked diligently and tirelessly in overseeing that the work at Mt. Zion would continue.  The Bishop's Cabinet of the West Virginia and East Tennessee Council deemed it necessary that she carry out the vision of Mt. Zion.  Through much debate, Mother Turner submitted and accepted the assignment and was installed as pastor on March 31, 1990.

Under the leadership of Pastor Lillie R. Turner, souls were added and the church saw many upgrades.

Pastor Emeritus Turner was the oldest active member of the West Virginia and East Tennessee Councils until her passing.  She faithfully served as the Treasurer of the Wives and Widows Auxillary for many years, all while being active in her local church.  She served on the Prison Ministry, the Ministerial Alliance and Evangelism Team, and the Christian Education Association.

She leaves to cherish her memory seven children, Lelia (Bishop William Latta), Brady, Dorothy and Susie, all of Columbus, Ohio;  Ruby of Morristown, New Jersey;  Lester (Jorita) of Chilhowee, Virginia;  and Janet of Kingsport, Tennessee; a host of grandchildren, great-grandchildren, great-great grandchildren, nieces, nephews and special friends Mary Alice Whiteside, Shelby Redd and Marie Kincheloe.  She has a large number of spiritual children and grandchildren who adored her.

Pastor Turner was a woman of faith, she feared God, and she used His Word to speak healing, deliverance and salvation to all who were in need.  She loved the Lord, worshipped Him unashamedly with all her being, and was supportive of every church in the community.  She loved to travel, shop, talk and laugh.

"Lord, we thank you for the life and legacy of Pastor Emeritus Lillie R. Turner.  We thank you Father, that we were able to sitness and celebrate the 100th birthday of this awesome WOMAN OF FAITH.  Now, she has entered into your courts and heard your voice say "well done, M good and faithful servant.. enter into the Joy of the Lord."  Amen.

Funeral services will be conducted Saturday, December 18, 2021 at 11 AM from the Central Baptist Church.  The family will receive friends from 10 AM until the hour of service.

Posted by douglassriverview at 7:02 PM