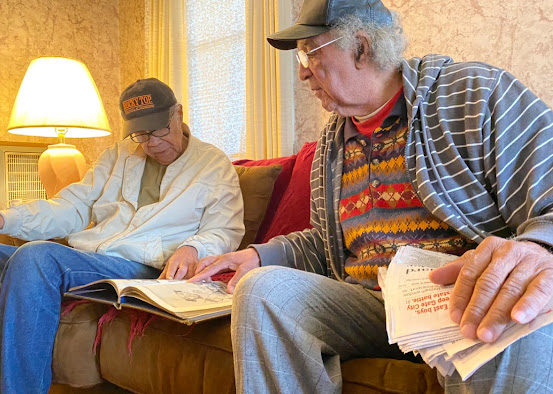 Rauls and John Bradford perusing the basketball pictures in a 1956 Douglass yearbook... both brothers played Douglass basketball in high school
"Local basketball has changed, but the rivalries haven't... the traditions continue, but in this case, the names have changed."
Brothers Rauls Bradford and John Bradford both played on basketball teams at Douglass High School back in the mid 50's.  Douglass was Kingsport's African-American high school that closed for integration in 1966.  As the brothers perused a 1950's Douglass School yearbook, they talked about one of the biggest rivalries in the all-Black Tri-State Athletic Conference. 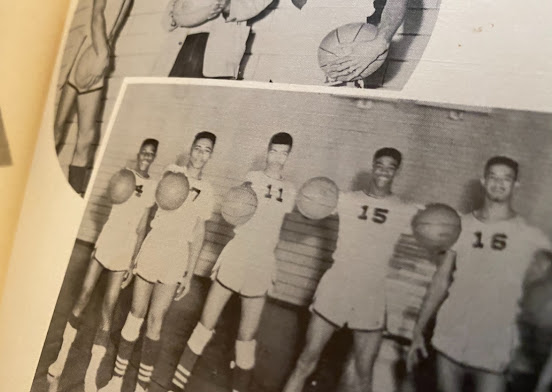 1956 Douglass Tigers:  John Bradford #11
"No doubt, it was Douglass High School in Kingsport versus Langston High School in Johnson City," John remembers with a laugh.  "Those games were big because people who weren't even students at either school came to see two East Tennessee powerhouse teams." 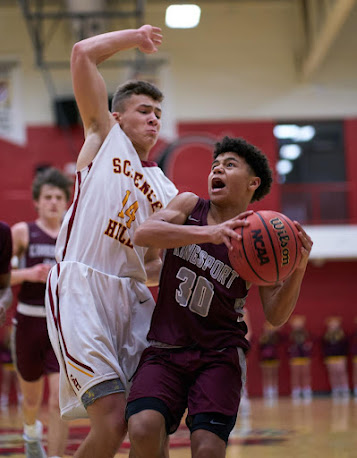 The Bradfords and everyone else will get the chance to see two other powerhouse basketball teams this coming Friday, December 17th.  Dobyns-Bennett's basketball team will face Science Hill at the Buck Van Huss Dome in Kingsport at 7:30 PM.  DB will be dressed out in the blue and gold uniforms of the former Douglass Tigers, and Science Hill will be adorned in the colors of the Langston Golden Tigers.
"We began the tradition of honoring Douglass in this way almost two years ago," says DB Athletic Director and former coach Frankie DeBusk.  "We thought it would be great to get the ball rolling (no pun intended) and pay tribute to the legendary African-American teams in our city and give their fans and the Douglass program the respect they deserve." 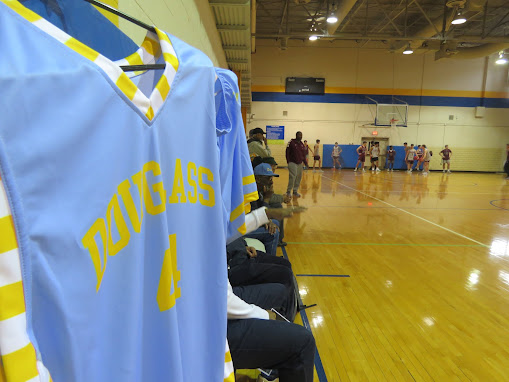 "This tribute game to Douglass and Langston brings back a lot of memories about the real deal back in the day," says Douglass alumni president Douglas Releford.  "Douglass-Kingsport and Langston were the two largest Black schools in the conference and when they played, it was the social event of the season.  Everybody was dressed up and all decked out.  It was standing room only in the gyms."
But what of the Douglass-Langston basketball games themselves?  Both Bradford brothers say neither team could stand each other.
Douglass Tigers 1963-64 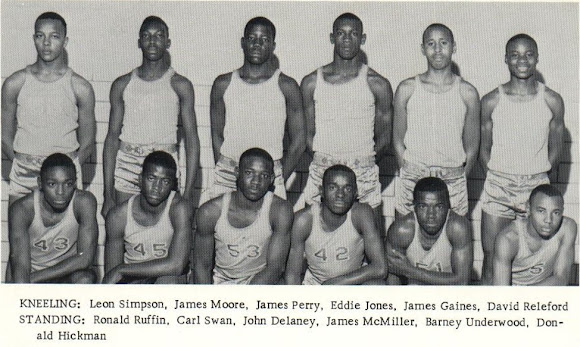 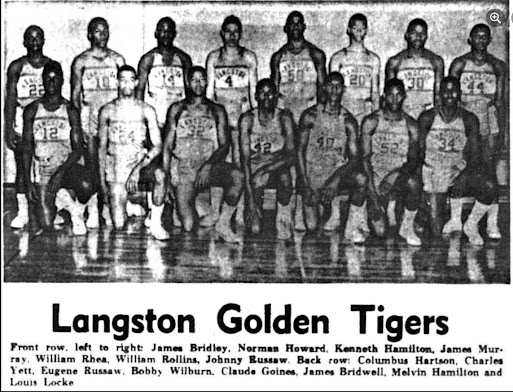 "Oh yeah, we hated them," laughs John Bradford.  "They didn't care much for us either and we didn't care.  There was always a lot of trash-talking and some elbow-knocking during the games.  That might have been the worst.  But I will say playing Langston always got the best out of you, too.  You played your best basketball against Langston and if you were a starter for Douglass, you played just about the whole game.  If Coach (Bob) Deering didn't think you were playing up to your potential, he was constantly on you.  He was always like that.  He used to run some players into the showers, but he never let you get away without giving your best effort."
"That's how Douglass won ball games." 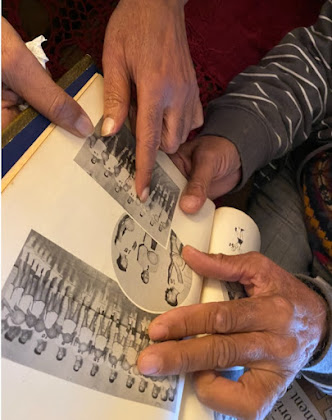 His brother Rauls says most of the time, what happened on the court, stayed on the court.  "We would always see the Langston players whenever we went to Johnson City to visit relatives, attend church or community events over there," he remembers.  "In turn, they would see the Douglass players whenever they came to Kingsport.  Any bad feelings from ball games never came out.  It was as if we had family faces and game faces.  We all laughed about it after we got older."
On Friday, the freshman boys' game will begin at 4:30 PM, the junior varsity game starts at 6 PM and again, the varsity game will be at 7:30 PM.  These are boys-only games that night and only the varsity games will feature the Douglass-Langston uniforms.
There'll be two DB-Douglass Tribute games versus Science Hill-Langston this season, the first one on Friday and the second one when DB goes to Science Hill on February 4th at the beginning of Black History Month.  Both teams will wear the colors of the legendary Black schools then, too.
"The tradition on both sides is overwhelming," says DeBusk.  "There is so much history between Douglass and Langston.. throw all of that into a couple of nights and you've really got something.  The kids playing probably don't understand the heritage they're playing under... to them, it's just another game on the schedule.  But they'll hear it from the fans, the teachers, the community.  The environment itself should get them excited and wearing the Douglass  uniforms should get them really fired up."
"It will be a good game,"  he says.  "It's all about having fun and paying tribute to the Douglass Tigers.  It would also be great to come away with a win over Science Hill.  I'll take a one-point win or more any day and I hope it's more."
Meanwhile, the Bradford brothers are expecting a close game Friday night.  "Any Douglass game with Langston was about controlling the clock," John says.  "It was psychological.  With Langston back then, if you control the clock, you control the tempo.  If you control the tempo, you control the game.  That also took their fans out of the action.  For Dobyns-Bennett, I think the same will be true for Science Hill." 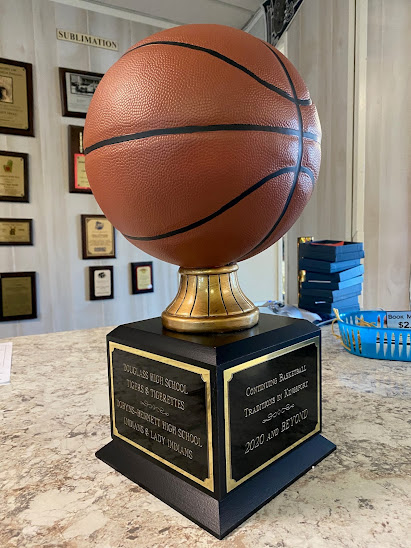 "When DB comes out on the court in the Douglass uniforms and Science Hill comes out in the Langston uniforms," he says. "I think we'll have the same excitement, the same atmosphere and the same rivalry that Douglass had with Langston.  Our players will be ready, and theirs had better be, too."
"We don't have to like 'em.  We just have to beat 'em."
Posted by douglassriverview at 9:19 AM