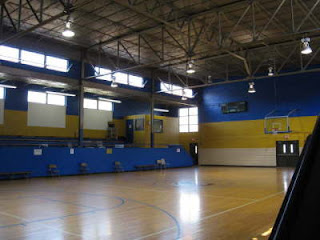 The Kingsport Board of Mayor and Aldermen has approved a $10 million bond issue, $250,000 of which will be used to renovate the V.O. Dobbins Community Center in the Douglass School Building (the old Douglass gym).
The approval did not come without considerable debate at a BMA workshop meeting, where at least one alderman said he was surprised to see the 10-million dollar bond issue request on the agenda, right on the heels of a $24 million bond issue for improvements and construction in other areas of the city.
In addition to the Dobbins Community Center renovations, the $10 million bond issue will also fund improvements to Gibson Mill Road from Watauga Avenue to Stone Drive, improvements to the Bays Mountain Park Planetarium, road improvements to Fordtown Road, preliminary design work to the Higher Education Center.
The $250,000 dollar Dobbins Community Center renovations are separate from the HOPE VI Revitilization project, part of which funds will completely renovate the Douglass School building the Dobbins Center is a part of. That project is on track to begin sometime in the fall of this year and the winter of next year, and will also add a new main entrance to Douglass School on the Wheatley Street side, and build another gymnasium where the tennis/basketball courts are right now.
Kingsport City Finance Director Jim Demming said the two bond issuances would not increase the property tax rate for city residents in the coming fiscal year.
Posted by douglassriverview at 8:51 PM