The New Homes Of Riverview

The new homes that replace the Riverview Apartments have names.

There are five different housing plans, all of them named after families in the Riverview Neighborhood. 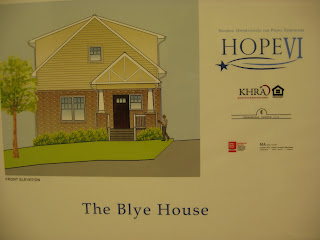 Charlie Bly moved his family from Morristown to the Riverview Neighborhood in Kingsport in the early 50's, according to grandson Ozine Bly. "He always spelled our last name B-L-Y, but over the years, others have added an "E" to it for some reason. My mother Gladys raised 7 kids, 4 girls and 3 boys, in the Riverview Apartments. She was one of the longest tenants there, and was a faithful member of the Central Baptist Church just up the street. Between my mother and her brother Nathaniel (Nathan's father), we have six generations of Bly's that all began right there in the Riverview Apartments." 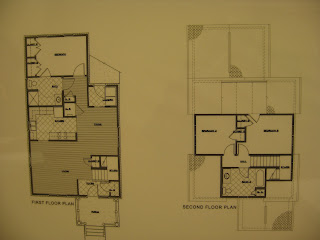 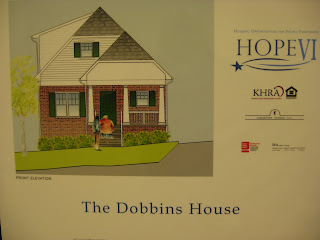 V.O. Dobbins Sr. moved to Kingsport back around 1940, from his family home in Columbia, Tennessee. Here, he brought his bride Fannie Mae, who like him, was a school teacher, and they came to Kingsport to teach at Douglass High School. "He and my mother had to keep their marriage a secret for a couple of years," says son Van Dobbins, Jr., "because Kingsport had a rule that married couples could not teach in the same school. They later did away with that rule." Professor Dobbins was first a coach at Douglass, then a science teacher, then rose to the rank of principal. He and Mrs. Dobbins raised 3 children in Riverview. "He was a strict disciplinarian," says Van, "but had a great deal of compassion for the Douglass students, believing that knowledge was their key to success." 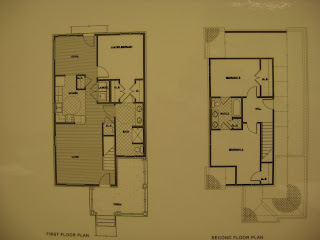 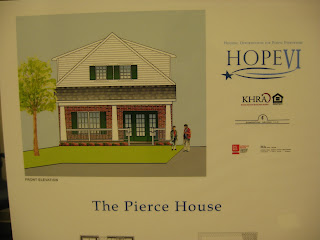 Both Jack Pierce and his brother Jerome, were products of Old Kingsport, and moved to Riverview from the Horse Creek area south of town when the Riverview Apartments were first built back in the early 1940's. "My father Jerome is a living history of Riverview," says daughter Sherry. "After his service in World War II, my father worked in the coal mines for a while and then went to barber school, before settling down right across the street from the apartments. He's always talking about the way family life was from the mid 40's to the 70's," Sherry says. Jerome and his wife raised 4 children in Riverview, and Jack and Betsy raised 7 children there. 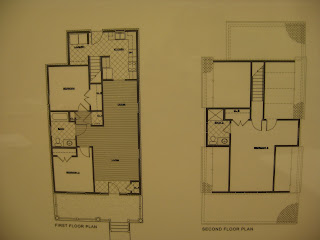 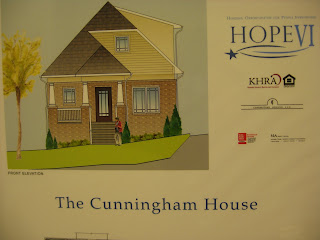 Robert Cunningham and his family moved to Riverview from Johnson City, and originally lived on the upper end of Carver Street. Later, he and his family moved into the Riverview Apartments. His brother Ned and sister Tathia also lived in Riverview. For a while, Mr. Cunningham worked for one of Raz Morelock's used car lots, according to neighbor Jerome Pierce, then got on at the glass plant as a janitor. Mr. Jerome says he used to cut his hair, as well as his son Gary Cunningham. Robert was described as a quiet, laid-back sort of person. 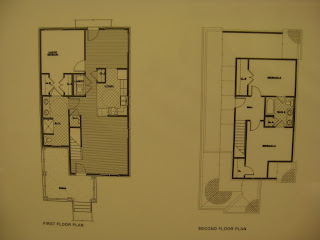 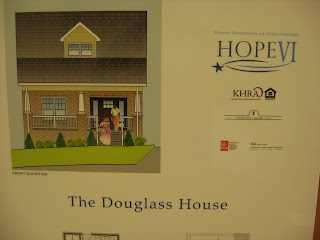 Of course, this house is not so much named after the great African-American orator and journalist Frederick Douglass, as it is about the former school in Riverview that bears his name to this day. At the time of its closing in 1966, the Douglass High School in Kingsport was the largest African-American school in upper East Tennessee. Its roots date back to the early 20's Oklahoma Grove School (which counts among its early students Gladys Bly), and was renamed Douglass High School in 1927. The current school building was built in 1951, with top-notch athletic teams, marching bands, plays and pageants. The school was accredited by the Southern Association of Secondary Schools and Colleges. 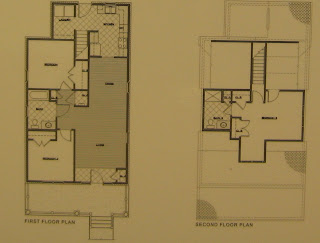