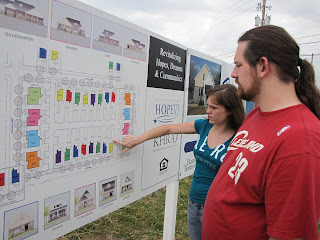 "It's time to stop the negative, and work on the positive."

That's the attitude of one couple, approved for one of the new HOPE VI homes for rent in Riverview Place.

"We would love it here, compared to where we are," says Matt and Charity Skeen, referring to the apartment they rent now from Kingsport Housing at Holly Hills. "There's nothing worse than hearing your neighbors going up and down the stairs, washing machines turning on and off, little stuff like that," Matt says. "In Riverview, there is more privacy," Charity put in. 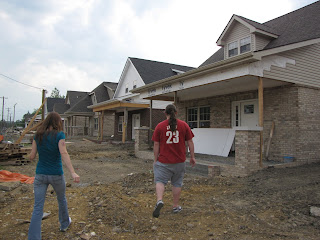 The Skeens are impressed with the layout of the Riverview Place homes, and with the speed at which they're being constructed.

"Right now, the homes are about 45% complete," says Doris Ladd, HOPE VI Redevelopment Director. "In the meantime, Darlene Gibson and Maria Catron (HOPE VI specialists) have been working with potential clients who have gone through the STEPS program that helps them get a handle on their financial situation." 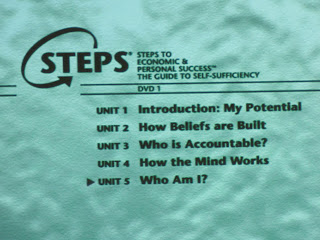 The Skeens have completed the STEPS program towards homeownership, and have been approved for one of the new HOPE VI rental properties in Riverview. STEPS stands for Steps To Econoomic and Personal Success, and is a requirement of every participant in the HOPE VI project.

Charity has high praise for the program.

"It definitely helps you get control of credit, financially... in ways you never thought of," she says. "Pennies here, pennies there, dollars here and there. It adds up to hundreds of dollars evenaully that you didn't even know you could save." 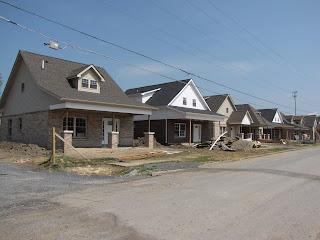 The Skeens are among the dozens of applicants hoping to move into the new housing at Riverview Place in the near future. Many of them are former Riverview Apartment residents, wanting to come back home.

We're told the homes are about 50 per cent complete, and appear to right on track for their arrivals.. in some cases, their RE-ARRIVALS. 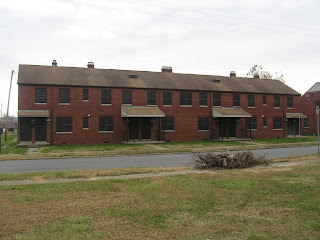 From an historical perspective, the process back in 1939 and 1940 to build the Riverview Apartments started at the corner of Lincoln Street and Carver Street.. Those apartments were built with more bedrooms to accomodate the larger families. Construction then came along Lincoln to Louis Street. All those apartments had the lowest numbers. Then, after the Booker Street units were finished, the construction came back over to Carver, over to Douglass, down to Louis and then ended at Booker. 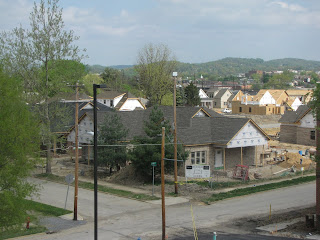 The homes at Riverview Place, are being built in the opposite manner.

"The building process for Riverview Place began along Douglass Street, then down Louis Street and over to Carver Street, with both sides aiming at MLK/Lincoln Street," says Mrs. Ladd. "The homes along MLK are the last to be built." 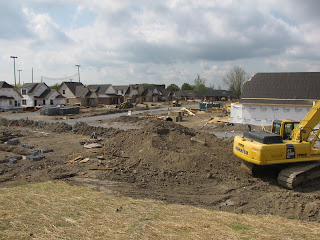 There are alley ways behind each home, much like the alleys once between the Riverview Apartments. The NEW alleys won't come close to resembling the narrow ones of old.

"The new alleys will be city-owned and maintained," says Mrs. Ladd. "They'll be as wide as streets, but they'll be considered alleys, just to provide access to the backyards of the homes." 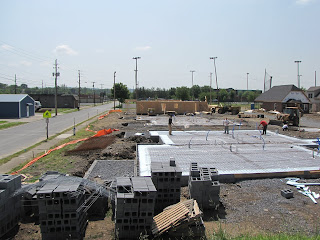 "We are ahead of schedule right now," she says. "The contractor has gotten all of the home under construction, with the last remaining foundation going in where a large mound of topsoil was pushed to, to level the site. That dirt mound has been at the corner of Carver and MLK" (Editor - that mound has been providing a bird's eye view of the entire site, as it did in the above picture). 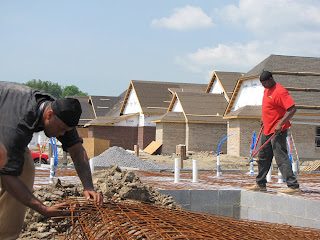 "The contractor is coordinating the remaining construction, towards perhaps allowing some of the finished homes to be occupied while the building of the others is going on," she says. "The contractor is Armstrong Construction of Kingsport..they've been here more than 40 years. They've been able to get away from the problems the other contractor had at Sherwood-Hiwassee. They had inadequate inspections in my opinion by the person that lender Cornerstone hired. We have taken further steps to make sure that was corrected." 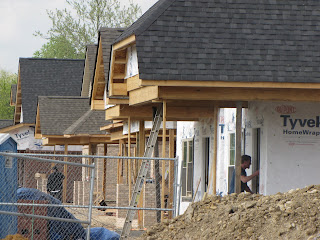 Is there a finish date in mind? Watch for fences and barricades to go up at that time, signaling that homes are finished, awaiting final inspections.

"We are on target to complete everything by the first of October," Mrs. Ladd says. "We're obligated to be finished by the first of December, but the forward progress is pointing towards October 1st. The goal is to have everyone in the homes by the end of October before the real cold weather sets in, and hopefully have them moving in by the first of that month." 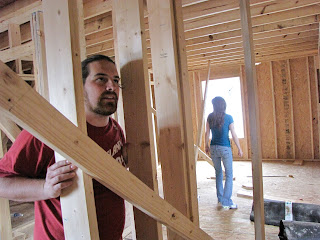 That is welcome news for the Skeens, who are hoping to move in by the first of January, if not sooner.

"Matt likes the Douglass Home and also the Pierce Home, because of the layouts," says Charity Skeen. "The Douglass Home has a nice little porch you can sit on and hopefully look at the park (the Douglass ballfield), to watch the kids." 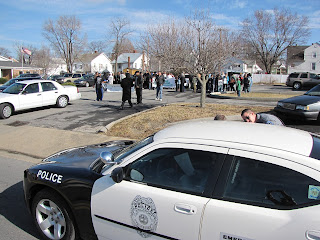 At one time, Riverview had the worst crime reputation in the entire city. It's a past that anybody familiar with Kingsport remembers.

"Oh yeah.. I had heard stories," Matt Skeen says, "and I was iffy at first when I heard they were building the new homes in Riverview. But the improvements and things they're doing, have made it much safer and more comforting. We'll love living here even if it's for a little while, and we'll love our neighbors." 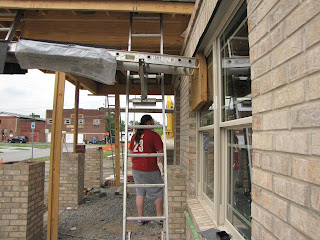 That philosophy of neighborliness is one of the basics of the STEPS program the Skeens just completed.

"It's a great class that starts everybody off in the same boat," Mrs. Ladd says. "Most people go into it hesitantly, but I think 99.9 per cent come out of it saying, 'my goodness, I'm glad I did this.'" 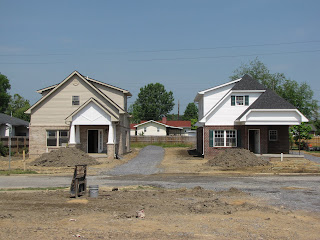 Meanwhile, the HOPE VI homes that are also for rent in the Riverview neighborhood, offsite from the old apartments property, are just about finished. Two of those new rental homes are on Carver Street where the old Simpson Brown home used to be, two others are on Carver beside the Swan home, and the last two are on Wheatley Street directly across from entrance to the Toy Reid Center parking lot.

"The off-site HOPE VI homes for rent should be ready to offer for occupancy in the middle of next month," says Mrs. Ladd. "They got finished first, because construction on them got started first." 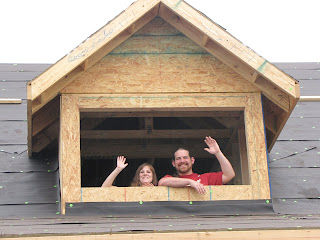 The Skeens are counting the days until they can move in to their new home.

"From where we are now," Chastity says, "it will be more happiness than we've ever had as a family. This will be a great place to raise a family, as it has always been for people from years ago."
Posted by douglassriverview at 1:10 AM