On May 1st, the rain began and the rain continued until the area from Middle Tennessee to West Tennessee received between 13 and 20 inches in a little over 24 hours! It's rated as the worst flood in 1,000 years! Our volunteers began their response Sunday, May 2nd; the ERV and more volunteers left on Monday and again more later, so that even now, several are still on the job! 18 volunteers from our chapter with 9 from Greene County and Lakeway Chapter (Morristown and Greeneville) have been on site. Volunteers participated in Driving & Feeding on the ERV's. Sheltering, Damage Assessment, Transportation and Case Work. 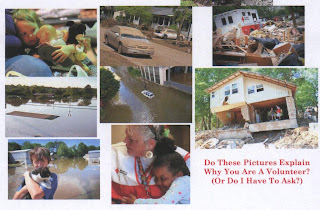 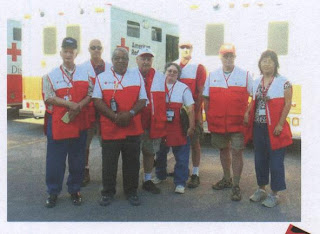 FEEDING CREW
Our chapter volunteers who worked in the feeding area in Nashville post for picture beofre heading out for their run. Jim Brice estimated they distributed about 50 meals each day! In the picture left to right: Willard Gullion, Tim Hopkins, Jim Brice, Stewart Chapman, Pat Castle, Larry Nelson, Norm Wilson, and Shirley Xue. Figures show as of May 20th, a total of 65 ERV's have been used in the flood response. 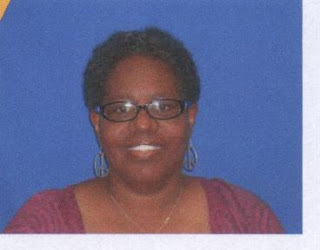 Virginia was born and raised in Kingsport and still lives there. She became interested in the ARC watching the devastation on TV concerning Katrina. Having been recently retired at that time, she saw an opportunity to help. She made a call, took some training and was sent to Louisiana soon after. She stayed in Louisiana for 3 weeks, came home for a couple of weeks and was sent to Hurricane Wilma for 2 weeks. Since 2005 she has worked on 9 DRs. To keep active locally, she signed up to work the Call Center in 2007. If she is not on a DR, she usually signs up to work in the Call Center as much as possible.

Posted by douglassriverview at 9:15 PM