Borden Park is located in the Borden Village community of Kingsport and is one of the oldest parks in the city. 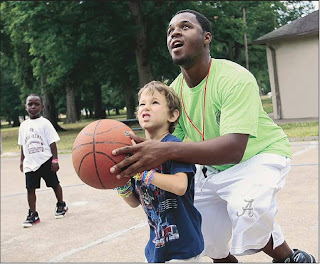 KINGSPORT — One of Kingsport’s oldest parks has been given some attention lately by the neighborhood residents as part of the local Weed and Seed program.
“The Weed and Seed program participated earlier this year in an outstanding park cleanup day. It focused on several areas in the South Central Community, but a considerable amount of effort was given to Borden Park,” said Chris Mc-Cartt, assistant to the city manager. “They picked up trash, limbs, there were minor repairs made, and then recently the same group participated in painting the community building inside the park.” 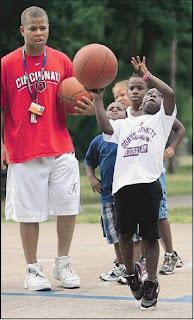 Borden Park is located in the Borden Village community of Kingsport and is one of the oldest parks in the city. The park includes picnic shelters, a walking trail, two playground areas, basketball court, tennis courts, a Frisbee golf course and community center.
McCartt said the park is widely used — noting the grounds were recently used for the city’s summer playground program, the pavilions are used for parties and socials, and the community center has housed programs of the city’s parks and recreation department. The Mountain Empire Tennis Association used the tennis courts, and the basketball court and Frisbee course are also used by residents. 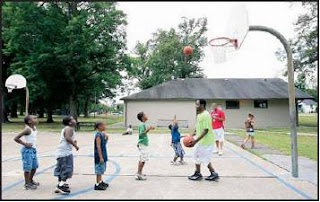 One of the last major projects at the park took place last year when Kingsport renovated the ten- nis courts — repaired the surface, painted and striped the courts, and installed new nets. The recently painted community center opened in 1975 and was painted by volunteers using donated paint from Pittsburgh Paints of Kingsport.
Kingsport police have taken a greater role in patrolling the park, trying to curb drug-related activity taking place on the grounds and in nearby houses. In addition, the residents in the area have worked hard to improve the look of the park.
“There’s less trash and a higher amount of respect for the park as a result of the work the folks are doing,” McCartt said. “It’s not a Domtar or Eastman park as far as the level of activity, but it is still a very popular park.”
Posted by douglassriverview at 10:51 AM