How Many African-Americans in the Tri-Cities? 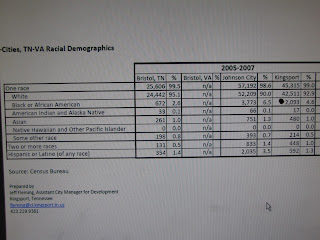 Have you wondered how many black people there are, in Bristol, Kingsport and Johnson City?

This list will be updated, once the 2010 Census Count is completed, and released.
Posted by douglassriverview at 8:41 PM