In October of 2006, after a meeting with Bert Webb and Donald Hickman in Knoxville, secret plans were laid out, and work began on a project that would eventually bridge the gap in Douglass alumni and members of their community keeping in contact with each other, and keeping abreast of what was going on in Riverview and South Central Kingsport. 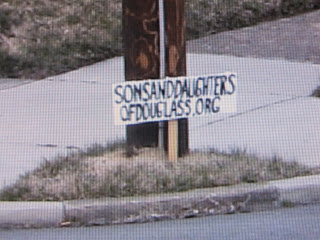 Mysteriously, almost overnight two months later on Saturday, December 29, 2006,  nine black-and-white, hand-made signs popped up at selected street corners in the neighborhood, with only one message on them:

Remember seeing those?  By that Monday, 318 people had viewed the link.

The Douglass Alumni Association website had been born.  By the end of the first week of 2007, 879 more people had visited the website.  Word of mouth spread, and the website was on its way.

""It's no secret that people saw those signs, got curious, went to their computers, typed in the link and got connected to the Douglass website," says Doug Releford, president of the Douglass Alumni Association - Kingsport.  "It was the instant link to what the fellow alumni were doing, and what Riverview was doing." 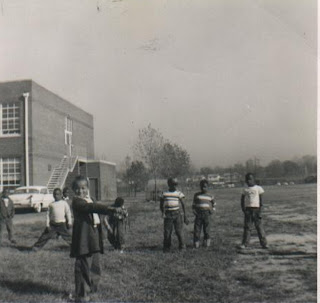 Graduates of all the grades 1 through 12 at Douglass would make that easy... teachers and our parents sent most of their students down the right path.  There would be no bad news on the website.. no arrests of our alumni, no crimes.. news of that nature is what the newspaper is for.  This would be a website that promoted good news about Douglass and its alumni, Riverview and its people, Kingsport and its community,

Releford saw this as an inspiration.

"I have always thought that the website was the perfect opportunity to keep us in the spotlight on, not just what's going on in Kingsport, but also what's going on in East Tennessee, and how all that relates to our community," he says.  "No matter where people are in the area, there's always something going on in Riverview, and not all of it is bad news." 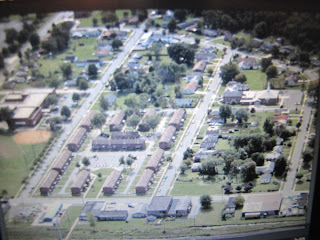 To clear up that misconception, the coverage of news on the website has always focused on the African-American community, and that's when the coverage had to expand past just the alumni association.  Outside news was covered, but only as it related to African-Americans themselves.  On the other hand, news of the African-American community would be written as to how it relates to the entire Kingsport community, so that cultures could be shared, heritages could be learned and histories could be appreciated.
Ultimately through the next four years, there would be stories on the activities going on in the African-American community.  Little things going on that folks would normally take for granted, would be treated with full-blown stories, complete with pictures.   Those activities would be treated with respect, and would therefore be elevated to a level of  importance in the lives of ther residents.  If the newspapers and television could do stories on community activities, the Douglass website, through its various pages, would have the same kinds of stories, only based in Riverview and South Central Kingsport.  Those stories would never be taken down.. they would serve as inspiration to future generations, and when readers clicked on OLDER POSTS at the bottom of each page, they could go all the way back to the beginning of the website.

That goal has never changed. 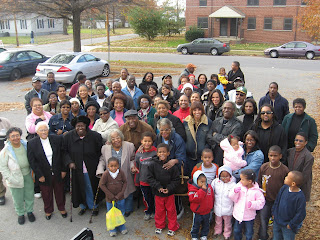 The target audience was simple... alumni and their families of the Douglasss High School, Kingsport, Tennessee.  Ultimately, that goal was reached in the Riverview-South Central community, and the alumni, relatives and friends scattered around Kingsport and the Tri-Cities.  As word spread that Douglass had its own website, alumni and friends in other cities around upper East Tennessee and Southwest Virginia, Knoxville, Nashville, Charlotte, and Atlanta became part of the mix.

But then, a miracle happened.

Other people discovered the website.  Others discovered that Riverview had a new, electronic means of covering news of its community, as it relates to the rest of Kingsport and upper East Tennessee:  there's good news going on in Riverview, and somebody's covering it. 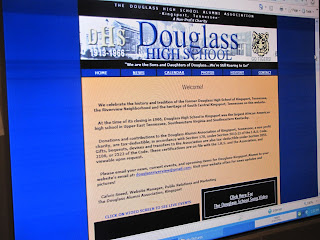 Thousands of people started visiting the website on a regular basis, all of them friends and neighbors, apparently eager to learn how the spirit of neighborhood family is maintained in what used to be, one of the most dangerous neighborhoods in the city.  That continues today, and research shows, each day, visits increase.

To keep track of this phenomenon, site meters were attached to the website links a couple of years ago, to  track who visits the website, when they visit, what they visit, and what they visit the most.  Below is a sampling from the month of December to both the news and information pages, and the photo galleries, to see the trends. 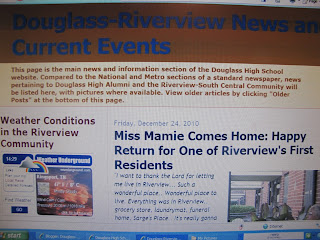 But check out WHERE they're visiting from. 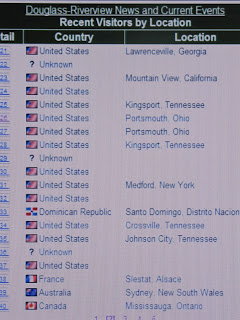 "Yes, it shocks me," says Releford.  "It goes to show you that people that we know, may have relatives or friends who don't live here, but this is their way of checking up on the area.  Our families have many relatives in the military stationed all around the world.  They know what's going on back in Riverview and Kingsport, by checking on the website." 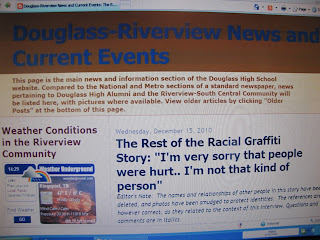 In the past month, one week stands out as the single, most visited week.  During the week of December 11th through the 17th... 2,326 people visited the NEWS AND CURRENT EVENTS page.  That was the week of the article with Andy Seaver, the young man who admitted to spray-painting racist graffiti on the Meadowview I-26 overpass.  That one week also set a record for the largest number of visits in a week EVER. 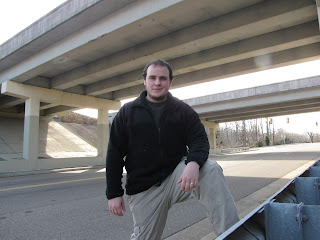 "That is tremendous, Calvin," says Releford.  "The Times-News only hit the highlights of the story and there's nothing wrong with that.  But we went in depth.. you sat down with him and talked to him about what he was thinking.  I think most people were curious to see what his reason was, and then when he said he told the police about these people who contributed to his crime, we did not see that part in the paper because it was not included in the police report.  I think that was eye-opening for people.  I had people commenting to me that they had read that, and it wasn't in the paper.  Word spread about that, because it gave the other side that we hadn't heard.  Whether people believe it or not is their own choice, but here it is." 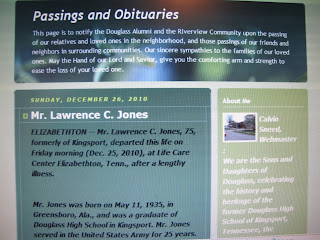 The second most popular page on the website, is the PASSINGS AND OBITUARIES page.   From December 1st through the 29th... 13, 153 people visited that page, with the average visit lasting about 2 minutes and 30 seconds per visit.

"That's another thing.. we'll hear from time to time from folks out of town, who say 'I didn't know so-and-so had passed until I saw it on the website,'' Releford says.  "That's a valuable public service.  People out of town and those in town may not know that someone in the community or in the area has left us, if it weren't for our obituary page on the website."

The other pages on the website don't get nearly as many visits as those two, and serious consideration is being made on whether to eliminate them. 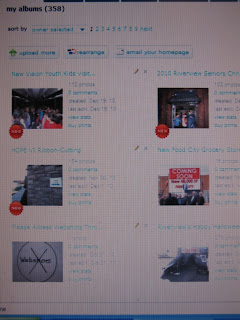 The photography department is where the numbers become even more staggering.

Since albums of pictures of Douglass-Riverview-South Central-Kingsport events began on the Webshots photo server, the largest collector of personal photos in the country... 837,850 people have visited the Douglass Alumni Association's collection of albums.  As of December 29th, the Douglass website has 358 albums in one little corner of the millions of photos on Webshots.

The Douglass Website albums are among the leaders in many of the categories in millions of photographs.  Here is how the Douglass photo albums rank in Webshots' various categories:

By far, the single, most popular album of the 358 total albums to date, is the PRESIDENT BARACK OBAMA INAUGURATION, published on January 20, 2009.  A total of 23,118 people have visited that one single album.

Other albums are popular, too.

To protect our interests, it has become necessary to license all of the pictures we take and articles we write on the Douglass website, to protect the interests of our community. The license works similar to a copyright, and requires anyone wanting to use the materials, to get permission from the webmaster. 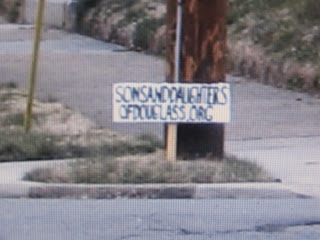 From its humble beginnings four years ago, the Douglass Alumni Association website has grown into a monster, with a million legs, stretching all over the world.   But powering that monster's heart, was, and still is, a commitment to cover news in Riverview, South Central, the city of Kingsport and upper East Tennessee-Southwest Virginia, and then report that news as it relates to the alumni and the residents of those areas.

""It makes people want to go to the website and see what's going on," says Doug Releford.  "We need to invest whatever we can to make sure it is always online for folks to view.  I think the Douglass website puts Kingsport on a different kind of map.. not one where businesses and industry look at the city, but how average people who used to live here and average people who have never been here before look at the city.  It's a great representation of how we live, how we overcame problems, how we adjusted, how things have changed in the city, and the progress that has been made in its neighborhoods.  What's important to people, is a tremendous asset to any city."

"And that's a good thing for Kingsport."
Posted by douglassriverview at 9:55 PM