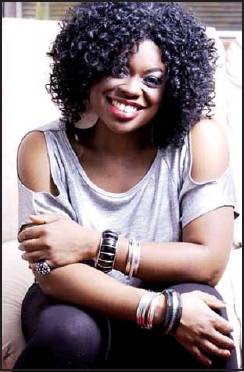 The Great Commission Church will celebrate its 10th anniversary with a concert featuring Christian recording artist Angell Leona Higgs, a contestant on season four of the hit show “American Idol.”

The concert will begin at 6 p.m., Sunday, June 26. There is no admission charge, but a love offering will be taken.

Pastor Matthew Thomas said that it was actually his wife, Pamela, who first heard Higgs on the radio and was instantly captivated by her music. Thomas got in touch with Higgs who agreed to perform at the church.

“We wanted something different to draw people from the outside and we wanted to support her ministry,” Thomas said.

Since the age of 9, Higgs has been a gifted lyricist and writer. Until she was 25, she was dependent on other musicians to compose and interpret her songs and melodies, so Higgs bought a piano and looked to the Lord to anoint her hands and help her play.

In 2005, Higgs was a contestant on season four of “American Idol.” She was eliminated just before the Top 24 were chosen, but took the rejection in stride.

“I’d rather be in ministry anyway,” she said after her elimination.
Higgs began working on her first album in 2009.

“That’s when the Lord released me and provided an opportunity for me to go in the studio and record the album,” she said. “It had always been a desire of mine to record, but the Lord kept telling me to wait so that’s what I did.”

Higgs released her debut album, “Broken,” in January 2011. The album is a look into her own spiritual and emotional walk with the Lord. Through her lyrics, she hopes to show that being a Christian is about prayer, faith, obedience and a personal relationship with Christ.

Six of the album’s nine original songs are sung in first person. The song “My Testimony” addresses various issues that Angell herself struggled with prior to her relationship with the Lord.

“I wouldn’t want to use my music for anything else other than ministry,” she said. “I love the Lord and He is truly the reason that I sing.”

Thomas, the pastor at Great Commission, said he hopes that Higgs’ musical message will inspire a younger crowd of followers and ultimately draw people closer to God.

After Fun Fest, the church will begin a 10-week class on Friday nights that will teach participants how to make healthy decisions and healing choices, and how to get and keep their life on track.
Posted by douglassriverview at 9:10 PM