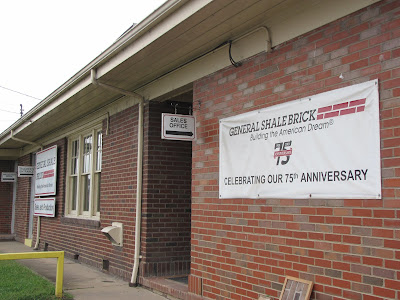 Local residents are buzzing over the fact that the General Shale property could soon become a coal-burning, coke-producing carbonite plant, bordered on one side by Industry Drive, bordered on another side by downtown Kingsport, and bordered on the other side.. by the Riverview community.

The city of Kingsport has not voiced an opinion about the proposed carbonite plant as yet.

Your Douglass Website is trying to answer the concerns that have been voiced to the editor by Riverview residents. It is anticipated that soon, we will hear from experts close to the coal-coke-carbonite industry, who can explain to the community, exactly what the proposed plant next door will involve.

ONE OF THE OLD GENERAL SHALE BRICK KILNS IN KINGSPORT 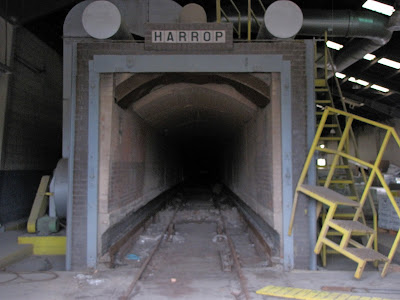 "A second phase of the project called for a facility capable of converting up to 100,000 tons of coal per year into both Carbonite and formed coke and 100,000 barrels of coal liquids “that can be further refined into transportation fuels,” according to the (proposal)." 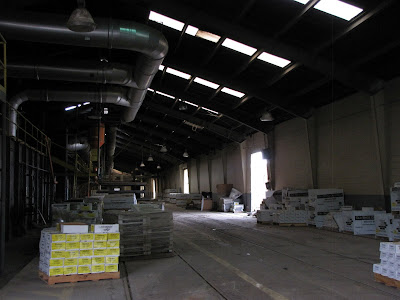 "There may be 4 hundred new jobs coming to Kingsport. State Representive Tony Shipley says that an investor has made a verbal commitment to help manfacture Carbonite at the old General Shale Brick Plant off Main Street. Energy Solutions an Oak Ridge based company is discussing the $50 million dollar investment with coal scientist Dr. Richard Wolfe. The coke brickquettes produced would be used in the making of steel. No state money is being sought but heavy help is being sought from local Government."

Everything seems to point to the fact that coke will be either the product or by-product of the carbonite process. So what exactly is coke that is produced from coal? 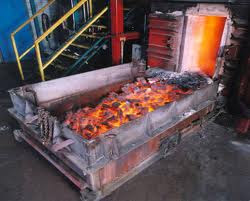 Coke, is a hard, gray fuel. According to the New Columbia Encyclopedia, coke bears the same relation to coal as does charcoal to wood.

Coke is made in brick furnaces with bituminous coal as the source." 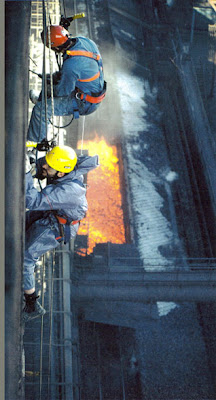 "Coke making produces by-products which are: ammonia, coal tar, and gaseous compounds, which are saved, but can also be environmental pollutants.

CONCERNS ABOUT COKE PRODUCERS AROUND THE COUNTRY:

(Click on the links below to go to the articles)

Click on this link to see the article from the Buffalo, NY newspaper.

Click here to see a news story from WGRZ-TV, Buffalo. 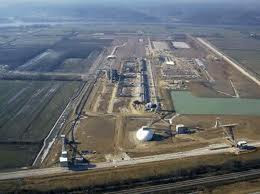 
Click here to see the news report about the Middletown coke plant, from WLWT-TV, Cincinnati. 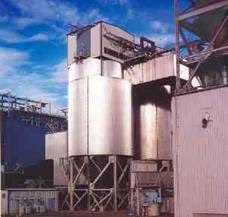 November 2007--Sandy Bihn doesn't know her possible new neighbors, but she's leery about what their presence in her community could mean.

Bihn, a member of Oregon (Ohio) City Council, is concerned about the amount of air and water pollution a proposed industrial facility to be located along the border of Oregon and Toledo would release into the environment. The plant, which would produce coke, a byproduct of coal, for use in North American steel and foundry facilities, will be built on an area the City of Toledo pledged to keep as wetlands when it expanded its water treatment plant on York Street south of the site, said Bihn, executive director of the Western Lake Erie Waterkeeper Association.

“The site is right across the river from Point Place so those residents should be concerned about the potential pollution from it,” Bihn said. “Most communities would have a lot of interest, but Toledo seems to be apathetic toward environmental issues.”

FROM THE DOUGLASS WEBSITE EDITOR: WE DON'T WANT TO CAUSE ALARM BY POINTING OUT CONCERNS ABOUT THE PROPOSED CARBONITE PLANT ON THE GENERAL SHALE PROPERTY NEXT DOOR. BUT SINCE THERE HAVE BEEN SO MANY PEOPLE VOICING WORRIES, WE DO FEEL AN OBLIGATION TO ADDRESS THEIR CONCERNS WITH THE MOST ACCURATE INFORMATION POSSIBLE. THAT IS OUR JOURNALISTIC RESPONSIBILITY. PLEASE WATCH FOR FUTURE ARTICLES AND EXPLANATIONS ON THE PROPOSED CARBONITE PLANT.
Posted by douglassriverview at 6:58 PM