Could a Carbonite Coke Plant be Riverview's New Neighbor? 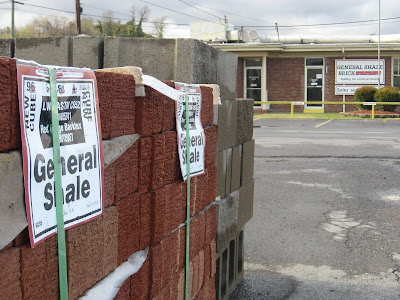 General Shale closed up its brick-producing plant in Kingsport a couple of years ago, and since then, the property has been in, more or less, an abandoned state. The brick kilns are still there, but rendered inoperative. Even Cement Hill has been landscaped and smoothed out, but still fenced off and abandoned, providing an inaccessable view of our beautiful downtown.

This prime piece of industrial property sits adjacent to downtown Kingsport, and right next door to the Riverview Community.

After living with belching pollution from three surrounding industries, the Riverview community has been plagued with questions about the chemical dumpsite it is built on., and the underlying chemicals in the ground in the area known locally as "Clay Hill."

On the other end of the neighborhood, Riverview children dodged big, heavy dump trucks from "The Brickyard" for years, racing up and down Lincoln Street headed into the plant. Having experienced that, it's no secret that, while the truck drivers were not aiming for the children crossing the street, they would have been hard-pressed to stop their dump trucks in time to keep from striking one of the children. 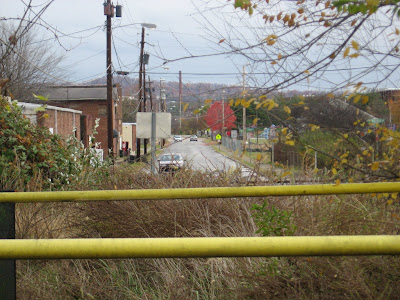 Since the plant closed, there have been promises to the African-American community to extend the now dead-end Martin Luther King Boulevard into downtown Kingsport through the brickyard property, providing an alternate direct connection from Eastman to downtown, paralleling Sullivan and Main Streets. In addition to providing a connection for Riverview residents to downtown, the extention of MLK was thought by the city to also provide direct access for the non-profit agencies now located inside the V.O. Dobbins Sr. Complex, to downtown. 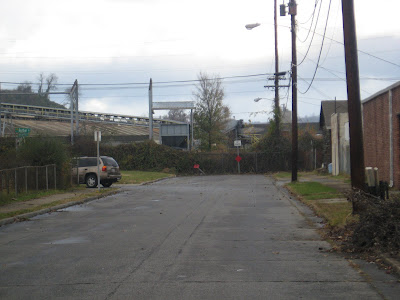 While technically still on the front burner, that idea may soon be derailed, discarded and thrown by the wayside.

And Riverview may soon pick up a neighbor whose manufacturing process has raised eyebrows in other communities.

Please read the article below from the Kingsport Times-News from Saturday, May 28, 2011. It has a direct bearing on the future of our little community, caught between the river and three separate industrial zones. 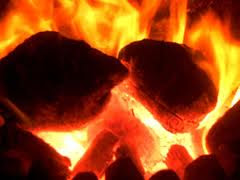 This is the fifth in a series of stories about Northeast Tennessee lawmakers and what they did in this year’s General Assembly. 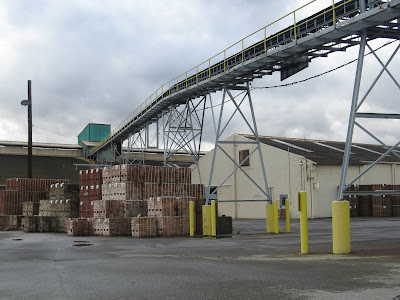 State Rep. Tony Shipley says an investor has made a verbal commitment to help manufacture a carbon-based product called Carbonite at the site of the old General Shale Brick plant off Kingsport’s Main Street.

“Everybody is bending over backward to make this happen. ... All the pieces are in place for it to continue to move forward,” Shipley said of talks with the investor and state and local officials. 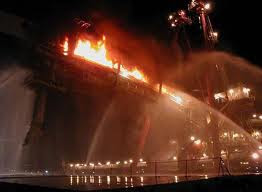 A $50 million investment is being discussed to build a facility with a production capacity of 100,000 tons and be staffed by more than 400 people, according to Shipley.

Since the start of this year’s legislative session, Shipley and longtime coal scientist Richard Wolfe have advocated developing a Carbonite plant on the edge of downtown Kingsport.

Wolfe has patented Carbonite as a coal-based product stripped of mercury, which can be processed into coke briquettes to be used by the steel industry. 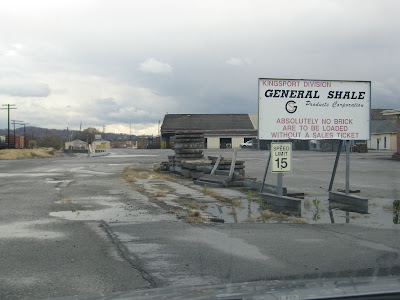 According to a February white paper produced by Shipley and Wolfe, the city of Kingsport would be asked to buy and provide the old General Shale facility as the host site for the Carbonite plant.

The document noted the plant would be run by a newly formed “Tennessee Carbonite Corporation.”

A second phase of the project called for a facility capable of converting up to 100,000 tons of coal per year into both Carbonite and formed coke and 100,000 barrels of coal liquids “that can be further refined into transportation fuels,” according to the white paper. 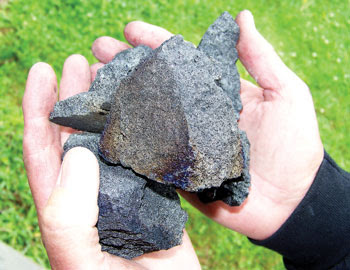 Shipley has been selling the Carbonite venture to city officials, the Kingsport Area Chamber of Commerce and the Tennessee Department of Economic and Community Development.

“We haven’t asked the state for a dime,” Shipley said. “We are talking to ECD about education credit programs. ... The investor has completed a packet of information for ECD. ... Kingsport qualified for this because of its infrastructure and location next to rail, interstate and proximity to the (Southwest Virginia) coalfields, and availability of high-tech employees.

“People who retired from Eastman (Chemical Co.) contacted my office when they heard about it. Some of the Eastman coal gasification people who retired have expressed an interest in being involved.” 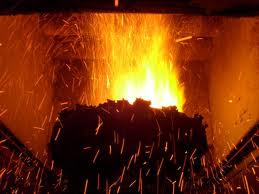 Shipley said the economic development initiative unfolded while his 2011 legislative agenda was “in kind of a housekeeping mode.”

FOLLOWING IS THE ARTICLE FROM WSLS-TV, ROANOKE, ON THE BUILDING OF A COKE PLANT OUTSIDE THE CITY LIMITS OF NORTON, VIRGINIA FROM MARCH 22, 2011: 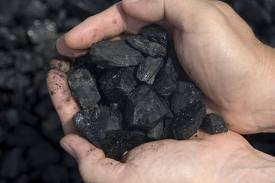 WISE, Va. -- Eric Wolfe believes the product he’s helped his father develop will help bring manufacturing back to the U.S. and make this country strong again.

It’s carbonite, a patented interim step between coal and coke, and Wolfe announced at Monday’s Energy Technology Summit that their company, Carbonite Corporation of Virginia, will start producing it on a commercial scale soon outside Norton. 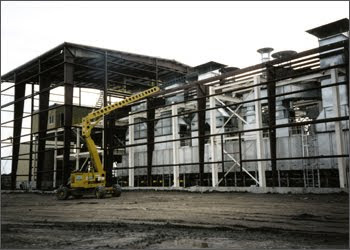 ONE OF THE PACE CARBON FUELS PLANTS IN VIRGINIA

“We should be making coke here in America and shipping it,” he said of the steel-making fuel created by burning impurities out of high-grade coal, “not shipping our valuable resources overseas to turn into coke.”

He said the $20 million plant, funded largely by local coal industry investors with the help of a $1.5 million grant from the Virginia Tobacco Commission, is scheduled to begin construction this year and will produce both carbonite and coke. 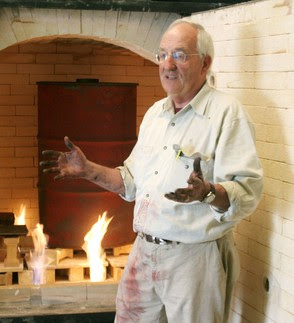 Dr. Richard Wolfe describes the process that he has developed before begining his demonstration, recently (Picture courtesy the Bristol News).
His father, Richard Wolfe, is the scientist known for the creation of carbonite, after a lifetime of work on clean-coal technology.

The reason, he said, is environmental regulation, and the near impossibility of building them. Under current regulations, he said, building a new coke oven battery would cost upwards of half a billion dollars and come with a permitting nightmare.

He said most of the coke ovens that used to exist in the U.S. were shut down in the 1990s, when the Chinese flooded the market with $100-a-ton coke and they couldn’t compete.

But when the Chinese economy started growing, China needed all the coke it could produce to make steel for building, and suddenly American companies found themselves without a reliable, cost-effective supply. 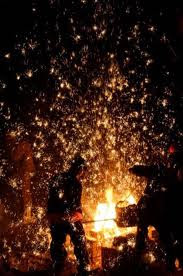 Enter carbonite, an interim step between coal and coke, and a process with a key difference in the production of coke: It’s much cleaner for the environment.

Wolfe said a key difference for the carbonite plant, which is being created in the old Pace Carbon Fuels building outside Norton, is that it’s not classified as a coke oven battery. Instead, it’s classified as a coal conversion plant.

From a regulatory standpoint, said Wolfe, the difference is night and day.

He said the process of making carbonite from coal involves heating the coal, in a mixture with certain biomass materials, to 1,200 degrees Fahrenheit with no oxygen, burning off some of the gases and removing all the mercury.

This fuel can then be burned in power plants or used for various industrial applications, such as absorbing oils, mercury and other metals in wastewater, or in the steel-making process.

Produced at the same time are coal oil liquids, which Wolfe said sell for $40 a barrel and have properties that cause some industrial customers to prefer it over oil.

“A barrel of coal oil is more valuable than the oil that’s coming from the Middle East; it’s more sought after,” he said. “It’s equivalent to light, sweet crude.”

He said a ton of coal can be converted 70 percent into carbonite, and generate one barrel of coal oil liquids.

To make coke from carbonite, he said, it is ground up, mixed with fresh coal and formed into charcoal-like briquettes, which are then heated to 2,000 degrees Fahrenheit with no oxygen and turned into coke in about as much time as it takes to bake a cake.

He said the remaining gases not only burn off but actually generate heat for the process. When the final product comes out, it’s already cool – meaning less pollution.

Richard Wolfe came from southern West Virginia, a coal miner’s son with a “Rocket Boys”-esque affinity for science and technology.

As a boy, he went to science fairs with the invention of a safety lamp for coal miners. His son, Eric Wolfe, followed in his father’s footsteps, wowing science fair judges with his demonstration of a diesel engine running on fuel derived from coal.

When they moved to the Bristol area in 1979, he was 13. He said he’s helped his dad with his work for more than 20 years, beginning when he was in college and in addition to a career in engineering for Volkswagen and NASCAR.

“My dad would dream it up,” he explained, “and I would try to build it for him.”

But Monday was the first time he publicly spoke for his father; the elder Wolfe was absent due to unexpected heart surgery.

“Right now, we have companies that want to expand, but they cannot secure a reliable, cost-effective supply of coke,” said the younger Wolfe, in an interview following Monday’s energy conference. “I know there’s a demand for our product.”

He’s been working for his dad full-time for about a month now.

“It’s been kind of scary to leave a nice secure job, but this is fun,” he said. “This is a challenge and it’s worth it.”

He envisions a chain of events that could flow from the production of their product.

In the short term, it could supply customers who are looking for coke. In the longer term, it could bring coke prices down, resulting in more steel being made in the U.S. That, in turn, could help provide the cheaper raw materials needed to lure manufacturing back to the Mountain Empire.

“We hope and pray that we can actually bring some growth back to the area,” he said. “I hope it means growth for America.”

He said the 50,000 tons a year of carbonite and coke that the plant will produce is already sold. The 100,000 tons it’s expected to produce eventually is enough to supply half a dozen foundries.

He said it will likely employ more than 30 people at the outset, and perhaps 100 at full capacity. And Carbonite Corporation already has its eye on Kingsport, Tenn., as the possible location for a second plant fueled by Virginia coal.

“As the market demands, we’ll build more plants,” he said.

He said he’s shared his father’s carbonite dream for 25 years. Now, it’s in the process of becoming reality.

“The banks wouldn’t touch us, but people believe in it,” he said of carbonite and its ability to attract investors. “People want to make America great again.”