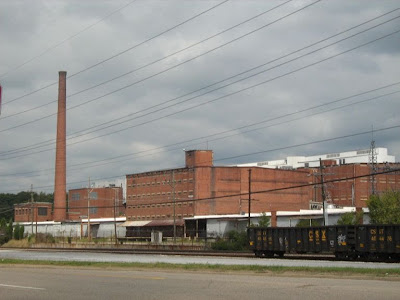 Corporate officials say their plans for the site are not final; however, they do not anticipate the site will be used for manufacturing.

"We do not expect to use the property for manufacturing purposes,” said Parker Smith, vice president and general manager of Worldwide Manufacturing Support and Quality. “This large piece of property will provide us with opportunities for additional growth right next to our plant site. At the moment, we are continuing to discuss how best to use the facility going forward, but we have no firm plans at this time."

Borden Mill was constructed in 1924 by the Borden family, founders of American Printing Company in Fall River, Massachusetts, and according to some sources the largest producer of printed cloth in the early 20th Century.

Just 10 years later, by 1934, all the Fall River mills were closed as jobs were moved south, including to Kingsport, in search of cheaper labor, lower transportation costs and greater productivity.

Later in its history a succession of owners operated the facility, including JP Stevens (JPS Textiles) and finally Chiquola Fabrics, who purchased the plant in 1999, later closing the plant in 2003. 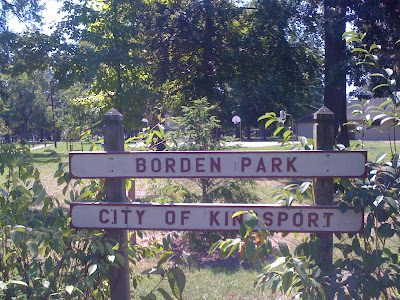 Densely wooded Borden Park, including two acres now owned by Eastman, was established by American Printing decades ago. The City of Kingsport owns and maintains the majority of the site for recreational purposes, including tennis courts, playgrounds and picnic shelters.

“I cannot imagine a more fitting reuse for Borden Mill than redevelopment for Eastman,” City Manager John Campbell said Friday. “We are very excited about the possibility and look forward to partnering with the company going forward as their management team develops and finalizes their plans for the site.”
Posted by douglassriverview at 4:07 PM