Women of Excellence: Food in the Spotlight 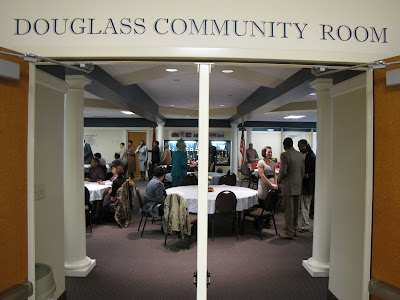 The Riverview and Tri-Cities communities recently came together to help a local sorority chapter celebrate outstanding women in the area.

It was the 11th Annual Women of Excellence Banquet, held in the Douglass Room of the V.O. Dobbins, Sr. Complex on Saturday, October 1, 2011. The banquet honored local women in the fields of business, education, community and lifetime achievement. It was sponsored by the Alpha Kappa Alpha Sorority, Pi Omega Omega Chapter.

Linda Calvert is one of the eight members of the chapter, which has members in both Kingsport and Johnson City.

"Normally, we have had the banquet at one of the restaurants," she says, but this year we decided to combine it with an event we've held in the past, called 'A Taste of AKA.' 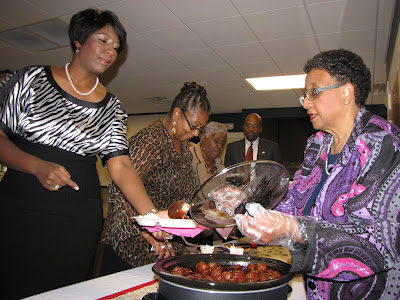 As you can imagine, the 'taste' was all about food.

"This year, we did a taste of the seasons," Calvert says. "At one exhibit was an example of the Christmas influence, with items to eat that you would find at a typical Christmas meal and party. Then we had a Thanksgiving exhibit, and you noticed there were collard greens sweet potato casserole, and various traditional Thanksgiving meats. At the springtime Easter table, was baked ham, potato salad. Then, our summer picnic table of the 4th of July and Labor Day, featured things like watermelon and buns, so you just knew there must be some barbeque somewhere nearby." 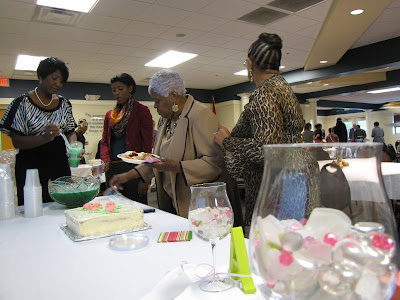 The event was a unique one in Riverview's cultural life.

"It gives us the opportunity to show off our culinary skills," says Calvert, "and it also stimulates socal networking with food, which is a natural. It also gives us a chance to bring people together this time of the year in the fall, where we're just off of summer, but it's not really cold yet."

"It gives the people in Riverview and the surrounding communities something to come out to, and celebrate." 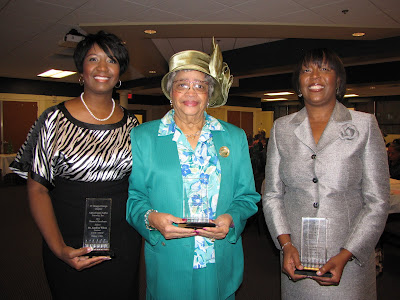 The local sorority chapter also handed awards.. Presented the Education Award was Dr. Angela Lewis, associate dean of the College of Education at ETSU... Winner of the Business Award from the chapter was Aundra Wilcox with the office of Small Business Development at the Kingsport Chamber of Commerce... Mrs. Alma Brown, community activist, was honored with the Lifetime Achievement Award because of her associations with several community organizations.... and the Community Service award went to Lottie Ryans with CenturyLink, who is serving a third term with the Johnson City Board of Education. She's active with the Workforce Development agency, as well as the Johnson City Chamber of Commerce. Unfortunately, she was not present for this picture. 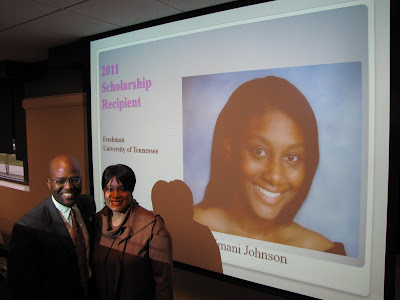 Imani Johnson was presented the 2011 Scholarship from the sorority chapter. The award was presented to her parents, as Imani is away, getting settled in at the University of Tennessee-Knoxville where she is considering career study in Criminology and Psychology. She attends the Thankful Baptist Church in Johnson City. Also, young women in the community were also acknowledged in the sorority chapter's new signature program for the term 2010-2014. It's called Emerging Young Leaders, a leadership program for girls. Several young women taking part in the program were also on hand to be recognized.
Posted by douglassriverview at 5:53 PM