After a 2-year COVID break, Rhythm in Riverview Comes Back to the Ballfield

"It was very dry in the ballfield... almost lonely and sad-looking.  There was nothing to look forward to, no excitement, no nothing." 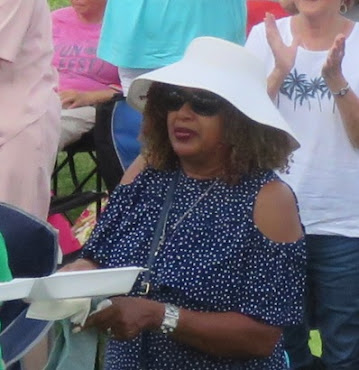 Brenda Watterson of Kingsport is describing the two years since the last Rhythm in Riverview event during Fun Fest.  COVID-19 canceled the annual concert last year.  "The pandemic separated us from our family and friends," she remembers.  "Everybody was just shut in."
But not this year. 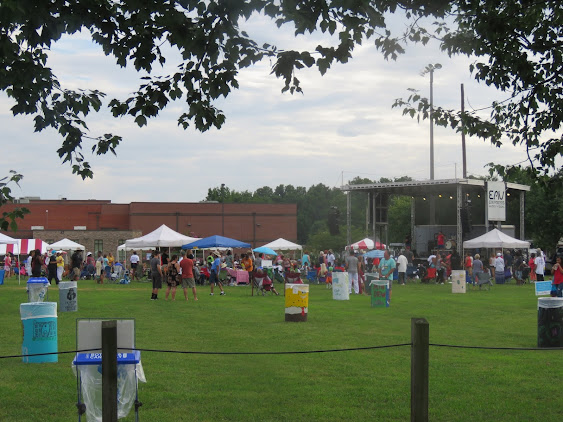 Excitement is building as the food, the togetherness and the fun of Rhythm in Riverview is back in business on Monday, July 19th at the V.O. Dobbins Community Center ballfield, located at MLK Drive and Louis Street in Kingsport.  The free event is Fun Fest's largest concert at the beginning of the 8-day festival. 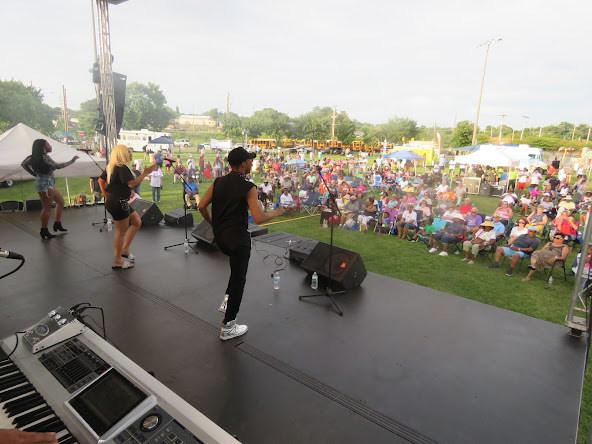 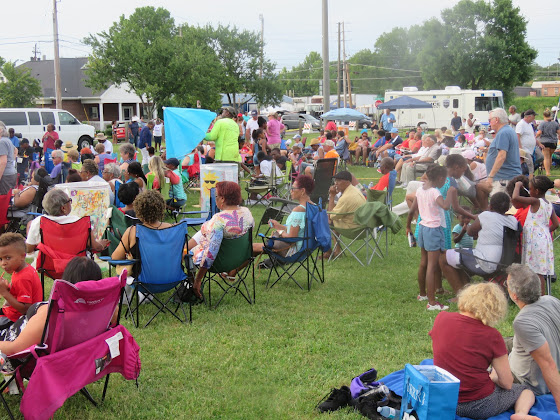 "It's just a great atmosphere and a huge, wonderful crowd," Fun Fest director Emily Thompson says, remembering years ago when the event started.  "Rhythm in Riverview adds one more level of diversity in the music mix that makes up Fun Fest.  In this particular event, you start off with gospel and you end with the party.  It's great to see how that has evolved over the years, and we know that people have been hoping to come out there and get together again after two years of Covid." 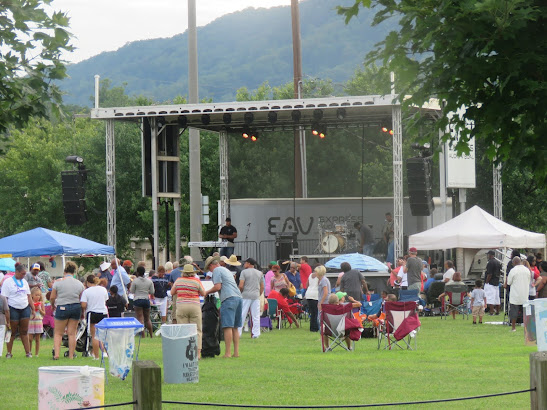 On Monday, July 19th in the Dobbins ballfield, the popular Kids Central, sponsored by Ballad Health, Niswonger Children's Hospital, Indian Path Community Hospital and the city of Kingsport kicks things off with children's activities involving health and wellness from 2 to 6 PM.   Overlapping from 5 to 7 PM will be the annual Gospel Fest, featuring Christian singer Tobias and the Full Gospel Mission Youth Community Choir.   Kingsport native and aspiring actor-singer Rashad Hunter, a.k.a. Bomani Shad will also entertain the crowd with his positive rap music about making the right life choices and getting a good education.

Eleven vendors, a record number for Rhythm in Riverview will be on hand with arts and crafts, clothing and information areas and among them, the food booths.  "Everything from chicken and fish to snow cones, to funnel cakes to Philly steak, even cheese egg rolls," says organizer Johnnie Mae Swagerty. 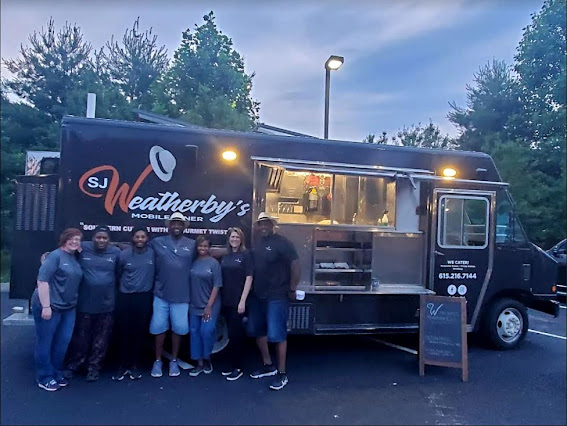 Speaking of food, a 'newbie' debuts in the food line at the event this year.  "The Weatherby" will serve up familiar foods, but with a different experience that will probably stand out among the fish sandwiches, the funnel cakes, the hot dogs and the iced cones.  Professional chefs Mark Spencer and Curtis McGhaugy's specialities feature southern cuisine with a gourmet twist.  "The signature sandwich that Mark created," says co-owner Jason Robertson, "is coincidentally called the 'Weatherby.' 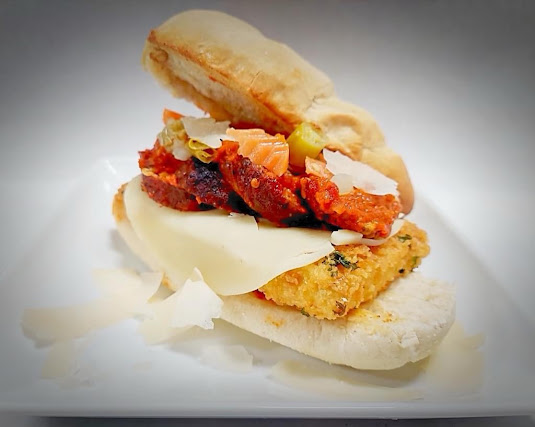 What is the Weatherby?  "It's a baked spaghetti and meatball sandwich."
Holey moley.
"That's exactly what you're gonna say when you taste it," says Robertson.  "It's a totally different experience to what you're used to."  Other featured entrees include fried bologna between two maple donuts with a fried egg... a chicken tortilla nacho, a vegan nacho and also a pork belly taco. 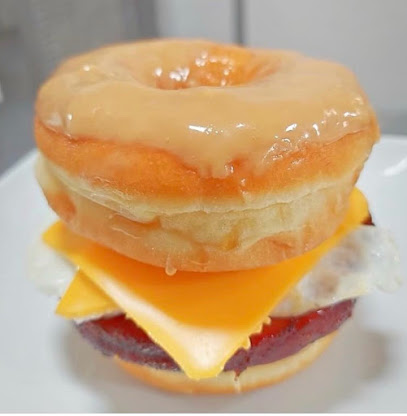 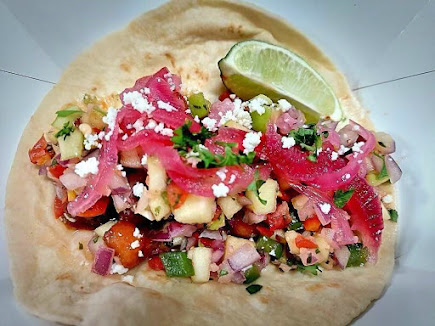 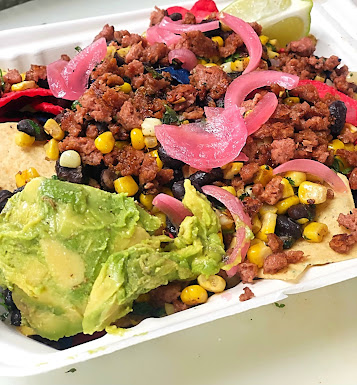 Robertson recalls an upcoming event where the organizer asked if they could do turkey legs.  "After gourmet sandwiches, designer tacos and nachos that look like they belong on the cover of a magazine, we're like, 'what's a turkey leg?" he laughs.  "We can do it for the customer, though." 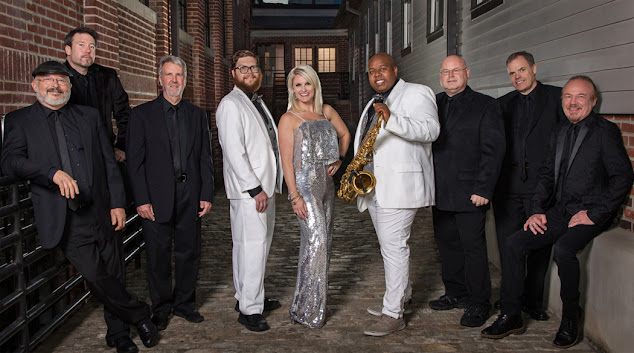 At 7 PM, it's time to put on your dancing shoes.  Headlining the night are the Extraordinaires from Hickory, North Carolina, a band that founder Rusty Bunton says, will not let you stop dancing.  "If you've been up dancing and you're tired and you go to sit down, here we come with another good song to dance to.  We play everything for everybody:  Earth, Wind and Fire, Stevie Wonder, Tower Power, Kool & and the Gang, Beyonce, Blackeyed Peas, Bruno Mars, the Commodores, Lakeside, Bobby Brown," he says.  "But then, we sneak in Def Lepard, AC-DC and Journey.  We even step back into the 1940's and 50's with the Clovers, Nat King Cole and others."
"Uh oh," perked up Brenda Watterson.  "The Clovers?  Oh my goodness, that's some mainline stuff right there.  I danced to their music many a year ago.  Now you're talking my language.. that's back from when old school was new school," she laughed. 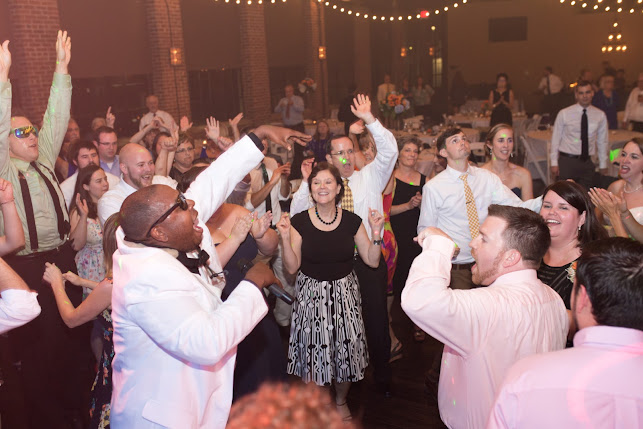 The Extraordinaires has nine players in the musical group, seven of them vocalists.  Bunton's son also is one of them.  He says the band is always changing up the routine so that the lead singer is not always the same person.  "If you're not lead singing, then you're singing backup vocals," he says. "In addition to guitars, drums and percussion, there's also a four-piece horn section, and within that horn section is a guest trombonist with a familiar background.  Varney Green led the late blues icon B.B. King's band in Nashville.  He's gonna help make it an unbelievable show," says Bunton.
"We want people to enjoy what we do," he says.  "It's gonna be one massive party.  We flat throw it down." 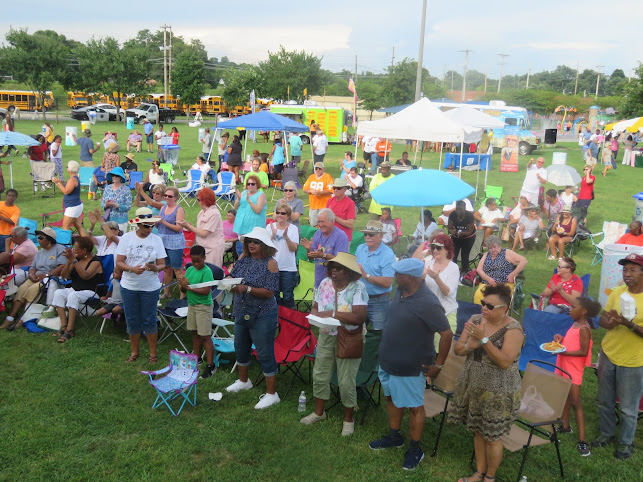 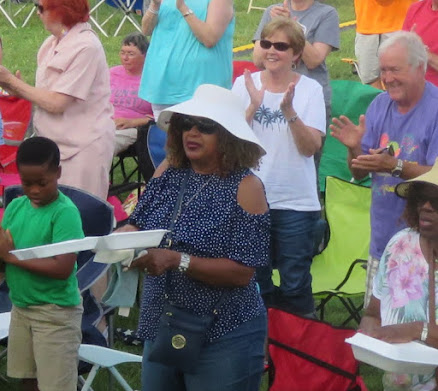 All that is music to Brenda Watterson's ears.  After two years of no activity, very little contact with family, friends and fellow Fun Fest lovers, she's bringing her lawn chair and staking out a familiar spot right in front of the Rhythm in Riverview stage.  She says she'll have enough food, energy, friends, family and excitement to keep her company.
"Rhythm in Riverview is like a big family cookout that you don't have to plan," she laughs.  "Everybody can't come to your little family cookout, but everybody can come to this one."
Rhythm in Riverview is sponsored by Eastman, South Central Kingsport Community Development, Inc., Kingsport Parks and Recreation, KHRA and the New Vision Youth.
Posted by douglassriverview at 6:55 PM