At its regularly scheduled meeting on June 7, 2008, the Douglass Alumni Board of Directors voted to limit the amount of money it spends on advertisements in publications. 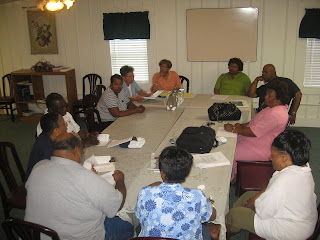 The expenditure then prompted discussion to place a limit to how much money to spend on ads in programs. It was understood that it's important to let people know the Douglass Alumni Board of Directors exists.

After discussion, a motion was made, seconded and approved unanimously to limit the amount of spending for program advertisements to $200 per year. 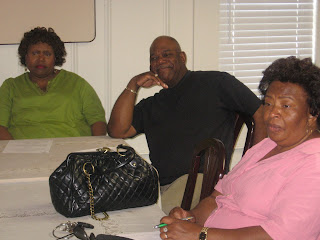 Also, Board Member Louetta Hall brought by a credit card application from American Express, which prompted discussion of getting a credit card for the Douglass Alumni Board of Directors. Such a credit card had been talked about before, but nothing was ever done. Severe limitations are frequently placed on the board, when it comes to paying for items that required a credit card to guarantee a product or service, and usually one of the board members is forced to put the item on their own personal credit card. Board members talked about the need for a no-fee card, to be used by the President, Vice President and Treasurer, and the Eastman Credit Union was mentioned as a possible financial institution. Nothing was decided, but the discussion will continue. 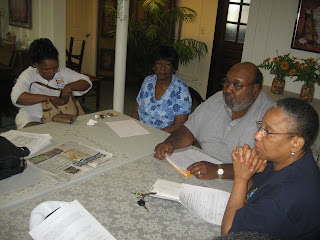 The non-profit application for the Douglass Alumni Association is ready to be mailed in to the Internal Revenue Service, along with a $350 fee. Former Riverview resident and renown author and lecturer Jeff Faulkerson and board member Ed Horton assisted the Association in preparing the non-profit filing paperwork. Board President Doug Releford said when the time came to allocate the $350 dollar application fee to go along with the paperwork to the I-R-S, he'd call all of us so we wouldn't have to have a special meeting. Board Member Calvin Sneed offered to have his particular vote counted to go ahead with sending the application and fee whenever everything is ready, in lieu of having a meeting. That prompted others in the group to agree, and Doug said he didn't want to do anything without the full board knowing about it, especially if money was at stake. Lillian Leeper made a motion and Calvin seconded, that when the paperwork was ready, treasurer Leeper would cut a check for the $350 dollar fee, and the application would be sent in, in lieu of a board meeting and discussion. The board passed the motion unanimously. 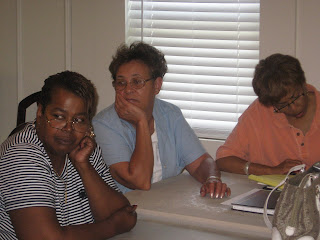 Board members also discussed the 1st Douglass Schoolbook Fair, to be held on August
8th and 9th. Old school books, many with the names of past Douglass students in them, that were recently discovered in the Douglass School lockers will be sold at the book fair at reasonable prices, as a fundraiser for the Alumni Association. The 8th and 8th of August is the same weekend as the Youth Explosion Concert and Get-together in the Douglass Ballfield, and holding the book fair at the same location, is seen as a way to once again, bridge the liason between the older members in the Riverview Community, and the younger up-and-coming members of the neighborhood.

The topic of cleaning up the old Douglass schoolbooks came up and wiping them off (all of them contain 42 years of dust). There isn't enough space to clean them at the storage facility where they're being kept right now. President Releford and his son personally loaded 20-25 boxes of books, all of which will need to be brought to a central location for clean-up. 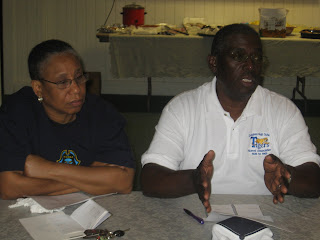 The Board agreed, instead of having the regular Alumni Board meeting, to meet and have a "Dusting Party" to dust off the books and clean them up as much as possible, with refreshments. The date was set for Saturday, July 26th at 1 PM at the V.O. Dobbins Community Center, and arrangements will be made to get the books there from the storage facility.

An invitation was made from Barbara Watterson, Langston High School alumni that encourages all Douglass Alumni who can, to come over on Friday, July 4th in the morning, for a meet-and-greet session during Langston High School's reunion at the Carver Rec Center in Johnson City. Dress will be casual. Douglass Alumni members will meet in the V.O. Dobbins Parking Lot at 9:30 AM on July 4th, to go over as a group to Johnson City, and everybody is encouraged to WEAR THEIR DOUGLASS SHIRTS! Andra Watterson reminded everybody that shirts are still available for $25 dollars.
Barbara Watterson and Langston alumnus Mary Alexander also want all the all-black school alumni to get together for one big reunion picnic to socialize and get re-acquainted. That event will be planned and discussed in the future. 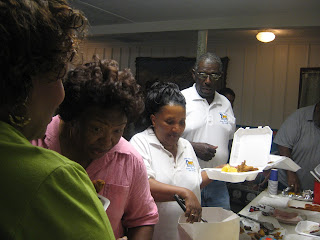 Again, the next regularly scheduled meeting of the Douglass Alumni Board of Directors will be at the "Dusting Party" for the schoolbooks on Saturday, July 26, 2008 at 1 PM in the V.O. Dobbins Community Center.
Posted by douglassriverview at 9:47 PM