Tarheel of the Week: Wake Star Left Basketball for Bank

A BIG THANKS TO DOT CALLOWAY FOR GIVING ME THE 'HEADS-UP' ON THIS ARTICLE ABOUT ONE OF OUR OWN!

THIS STORY COURTESY THE RALEIGH (NC) NEWS AND OBSERVER 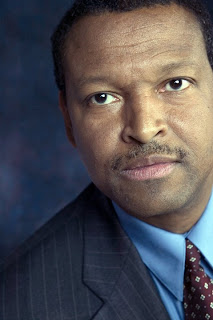 EDUCATION: B.A. in sociology, which Brown jokes is "the art of making the obvious sound profound," and M.B.A., both from Wake Forest University

OUTSIDE INTERESTS: Bicycling -- his goal is to bike 150 miles a week -- and golf.


WINSTON-SALEM -- Skip Brown displays numerous photos of his wife and daughters in his modest office at TriStone Community Bank, but not a single memento from his years as an All-America basketball player at Wake Forest University.
"I think he wants to be recognized as a banker, not as a ballplayer," says Mark Evans, the bank's executive vice president.

And so he is. Brown, the founder and CEO of TriStone -- a young, up-and-coming Winston-Salem bank with two branches -- recently was elected chairman of the North Carolina Bankers Association, which represents 144 banks.

"He is very well-liked and respected," said Paul Stock, the association's executive vice president. "That's a big piece of how you become chairman of an organization like this."

Brown's goals include raising bankers' awareness of -- and participation in -- the association, which leads the industry's lobbying efforts. "Collectively, the NCBA is the voice that can make things happen," he says.

Although the industry's image has suffered some body blows -- blame heavy losses by some banks and the subprime mortgage mess -- Brown says he isn't overly concerned.

"Banks do an awful lot of good in all the communities we serve, particularly community banks," he says. "We help individuals and business reach their goals."

It's been a steep climb from the public housing projects of Kingsport, Tennessee, for Brown, who is 6 feet tall and 185 pounds, just 10 pounds heavier than when he was setting scoring records as a Demon Deacons point guard in the mid-1970s. He long ago shed the Afro he sported then, and at age 54 his short-cropped hair sports just a tinge of gray.

After nearly 20 years as an executive at Bank of America, Brown chose to strike out on his own and raised more than $16 million from investors to form TriStone in 2004. "I've always enjoyed being in leadership roles," Brown says. "When I played basketball, I was in a leadership role."

But TriStone's days as an independent bank could end soon. TriStone's board of directors decided to solicit acquisition offers late last year and, in April, Virginia-based First Community Bancshares agreed to purchase TriStone for stock valued at $9 million.

"I'm very proud of what we accomplished," Brown says. "At the same time, you have to think of the long-term.

"The management and the board made a strategic decision to partner up with a bank that would generate the long-term returns that we think our shareholders deserve," he says. "The regulatory environment is very difficult, and it is going to get more difficult. The economic environment, I don't think we have seen the worst of that yet. The bigger you are, the better it is going to be when you try to weather these storms."

Brown would become a regional president at First Community if the acquisition wins shareholder approval.

Unfortunately, the Virginia bank deal has put Brown at odds with his mentor, William B. Greene Jr., chairman of the Bank of Tennessee's corporate parent.

Greene's bank is TriStone's largest shareholder and last month sent fellow shareholders a letter arguing that the price is too low and urging them to vote against the deal. Shareholders are scheduled to vote on the deal July 30.

Greene said he loves Brown -- "I would take a bullet for Skip" -- but hates the deal.

TriStone wasn't profitable in its early years, as is typical for a start-up, but Greene argues that the bank recently turned the corner and is being sold at a time when bank stocks, including TriStone, are at an ebb. 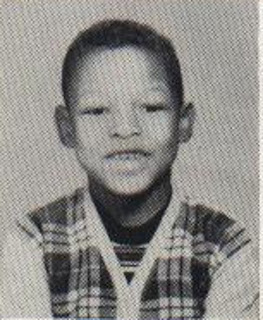 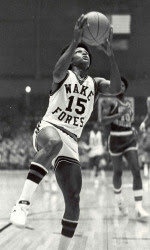 Posted by douglassriverview at 10:33 PM