A month ago during an interview with the main architect for the Douglass/V.O. Dobbins Center renovations, design specialist Dineen West said, every major construction project in the renovation would be started during the month of July. 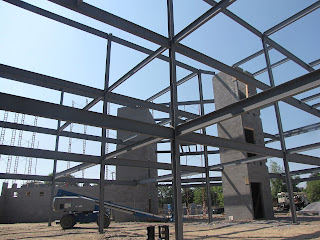 The 3-story tower steel framework is almost complete, the block walls for the Headstart expansion on Wheatley Street are up, ground has been broken for the new gymasium and the new KHRA offices, and walls on the first floor are ready to be busted out for the new Douglass Alumni Association offices. And we have pictures of it all.

Below is a sequence of photos from the beginning of July until July 25, 2009, and as you can see, the project is really progressing. 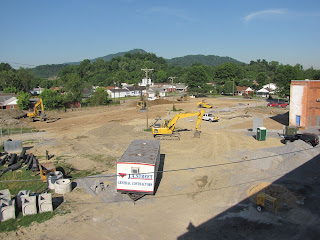 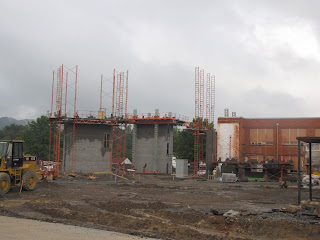 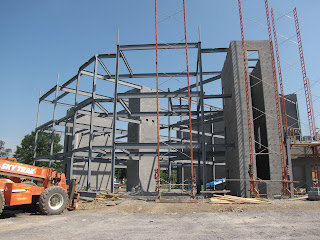 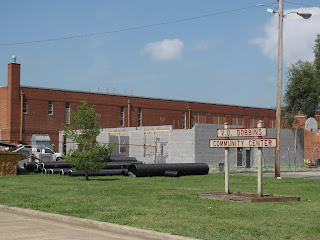 CARVER STREET LOOKING AT OLD AUDITORIUM SITE (First picture is from April 23, 2009, Second is from May 30th, Third is from July 25th) 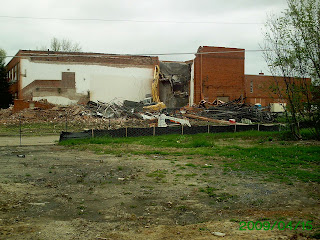 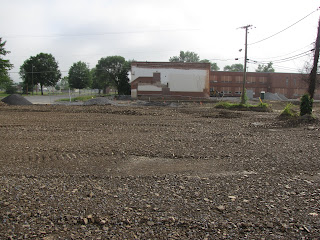 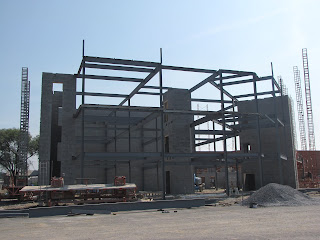 Artchitect Dineen West says, all of the construction on the project should be underway by the end of July, and indeed it is.
Posted by douglassriverview at 9:01 PM