Kingsport's Gary Maxwell: Hitting A Home Run for the Home Team in Riverview!

The 2009 AFLAC All-American High School Baseball Classic had a special Douglass-Riverview connection this time around. 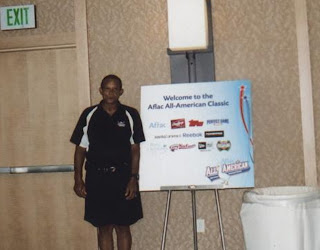 Douglass High School Alumnus Gary Maxwell of Kingsport (Church Hill) was one of the special umpires invited to call the game. He's in his 40th year of umpiring high school and college baseball games.

"Our organization National Umpires has spent the past year, coordinating about 250 umpires," Gary says. "National Umpires showcases contests with Perfect Game USA, that provides opportunities for kids to get scholarships to the major colleges, and also for them to be seen by professional scouts. In July last year, we worked over 8,000 games, shuttling umpires between cities, and unbeknownst to us, we were being watched by the Perfect Game organization. As it turns out, we did such a good job, not missing assignments, nor late for any, that I and three of my fellow umpires were invited to come to San Diego, California and umpire this year's AFLAC All-American High School Baseball Classic."

"It's the biggest honor I've ever had in my life." 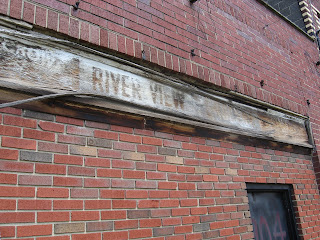 Gary's life has been one of moving-on-up excitement in the baseball world. As a youngster in Riverview, he played on a team sponsored by the Riverview Boys Club on Lincoln Street.

"Mr. (Wilbur) Hendricks was our coach," Gary remembers, and we were known as 'The Little Giants.' We played in the Kingsport Midget League, playing some of our away games with teams in Bloomingdale and Lynn Garden. Our home games were played in the Douglass Ballfield, and we played some games behind Chuck's Drive Inn on Industry Drive before they straightened the road out."

Back then, Gary says, all he could think about was becoming a major league baseball player. It was a lofty goal and huge ambition, since Douglass School did not offer baseball as a high school sport. 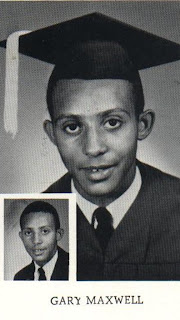 "I played college ball at Alabama A & M University in Huntsville from 1965 to 1968," remembers Gary. "I played in the Pittsburgh Pirates organization, and missed getting to play at home in Kingsport by one year. The Pirates farm club had left Kingsport in 1967..in '68, they moved to Salem, Virginia and '68 was the year I joined them. The home people never got to see me play."

After his professional playing career, Gary then tried umpiring. He found out, he liked that side of the game just as much. 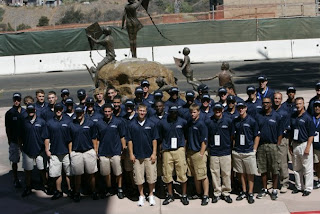 "Our director went to Los Angeles last year and worked the game, and he told us he would try to get at least one of us on the umpire roster for this year. But when the chance came to see some of America's finest prospects during the 2009 AFLAC All-American contest, four of us were selected, and Gary was overwhelmed.

Wife Charlotte, the former Charlotte Young, was equally awe-struck. It was, after all a signficant honor for both of them. 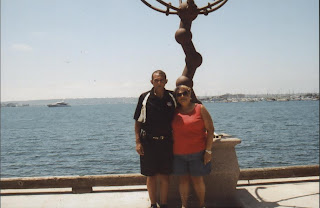 "We got to sightsee once we and the other umpires and their wives got to San Diego," Charlotte says. We stayed at the Bayfront Hilton, right on the water, and there was so much to see. We had beautiful views of the ocean and Petco Park, where the game was played. The AFLAC people greeted us graciously, and treated us like royalty.

"Once we got through sightseeing," Gary says, "it was time to get down to work, with the preliminary games beginning on Friday at the University of San Diego, and a homerun-hitting contest. We dressed in the San Diego Padre Umpires' dressing room, with attendants catering to us, and a security guard outside the door and everything." 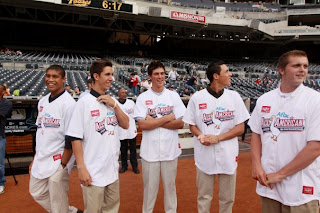 "The high school talent assembled for the game was unbelievable," says Gary. "There were 40 players, 20 on each team. Some of them, we'd gotten a chance to see during the year, and their talent really stood out. Every one of those kids had a 3.0 grade point average or better..they do a lot of work in their communities, and most of them have already committed to different colleges."

"Just being at the game was fantastic enough, but getting to umpire it was a dream come true."

The game itself ended in a 4-to-4 tie in the 10th inning, and Gary says, "that's about all you could ask for. As evenly matched as the talent was, a 4-all tie was probably the best thing. Neither team deserved to lose." 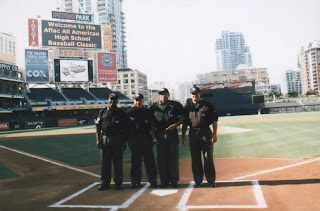 Gary and his fellow umpires are already signed up to work the 2010 AFLAC All-American High School Classic. "Right now, we waiting for Major League Baseball to come out with next year's schedule in November, to see if we'll be back in San Diego, Anaheim, Phoenix, Baltimore, Chicago, or Arlington, Texas. It all depends on which major league team is away from their stadium on the third weekend in August. Secretly, we're hoping it's on the West Coast.. little chance for rainouts out there." 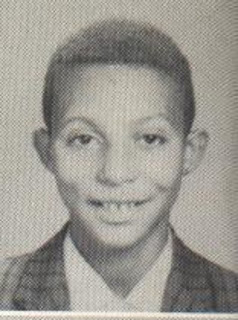 And so, continue the goals of the sandlot kid from Douglass High School, who dreamed of being in the major leagues. 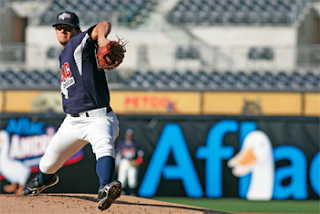 "I love the kids," Gary says. "I get to interact with them and see their skills early on. I see them grow, become adults, productive members of society. For them to come back years later and say 'I remember you and what you taught me,' is gratifying..it means a lot."

"It's a great ride."
Posted by douglassriverview at 9:04 PM