New Vision Youth Director Johnnie Mae Swaggerty beamed with pride, as she surveyed the ballroom of the Riverview Elks Lodge as Riverview's grandparents were celebrated, in conjunction with National Grandparents Day.


To see pictures of the event, click on Grandparents Day in Riverview 2009. 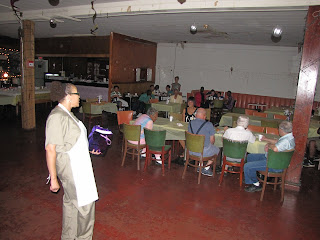 The event was held Saturday afternoon, September 12, 2009 at the Elks Lodge on Lincoln/MLK Drive in Kingsport.

"This is the first year doing a celebration for our grandparents in the community," she said. "I started thinking about it in January, and I wanted to share it with the Clinch Mountain Lodge Brothers (Local #531) and the Daughters of the Elks Dunbar Temple #344. I thought it would be nice get the grandparents to come together and fellowship with other grandparents that they haven't seen or talked to in a long time."

"They get the chance to renew relationships that way." 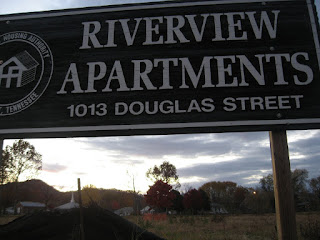 Relationships have been strained in recent months since the Riverview Apartments were torn down. Many older residents were forced to move to other areas of Kingsport, while awaiting the construction of the new HOPE VI homes. Those homes, planned for the same two-block-by-two-block area of Riverview, had been scheduled for a July start, but currently do not have a definite start date yet because of the bad economy. 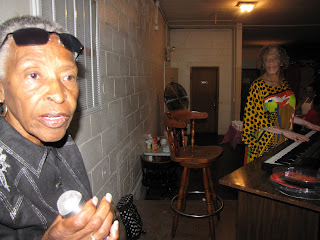 But at the Elks Lodge on Saturday, all thoughts were on fellowship and friendship.
Music was provided by Pinkie Horton and Bernice Horton, as they played and sang to the group.

Door prizes were also given out to the grandparents. The "Oldest Grandmother" present was Nrs. Dorothy E. White, at 84 years old. The "Youngest Grandmother" was Margaret Smith, at 46 years old. The "Grandparent with the Most Grandchildren" was Mrs. Pinkie Horton.. bless her heart.. she has 67 GRANDCHILDREN. The "Oldest Grandfather" was Mr. Ellis Snapp, at 84 years old. Grandparent Dinita White answered the trivia question of "which state was our President, Barack Obama, born in? With the correct answer of "Hawaii," she was also given a door prize. 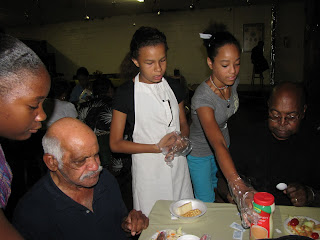 One of the highlights of the afternoon, was the "kid glove" treatment given to the grandparents, by the New Vision Youth Kids. Serving the grandparents, the kids went from person to person, taking orders for food. They waited on the elders hand and foot, handing out pineapple tea, coffee, potato soup made by Lodge Brother Tiger Trammell and homemade chicken soup from Johnnie Mae. Cornbread was baked by Mrs. Betsy Pierce, salad was provided by Miss Mary, Angel Pruitt and the Daughters of Dunbar Temple #344. There were also fruit cups from Veronica Camp, one of the New Vision parents, and also Kitty Camp, Roxy Lollar and Margaret Wycliff. 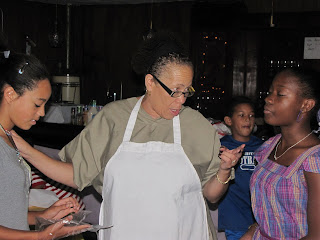 "Everybody pitched in to make this a real memorable event for the grandparents," Johnnie Mae said.

The New Vision Kids stepped up to the plate and batted a home run for the grandparents. 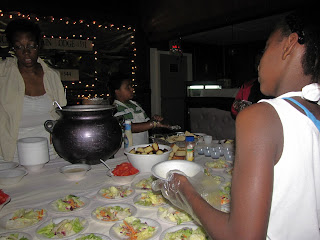 "I told them 'y'all decided which you want to do," Johnnie Mae said. "Somebody on the drinks, the salads, somebody on the fruit cups, a couple of people on the soups. Everybody got a chance to pitch in and help. Some of them were the greeters when grandparents arrived at the door, others took the orders. Once they settled in on the task at hand, the kids did it well, and they were very respectful of the grandparents."

Johnnie Mae sent a special shout-out to the Clinch Mountain Lodge Brothers #531, Stan Treece and Tiger Trammell, "Miss Pinkie" and "Miss Bernice" for the musical selections, and Calvin and the Douglass Alumni Association. 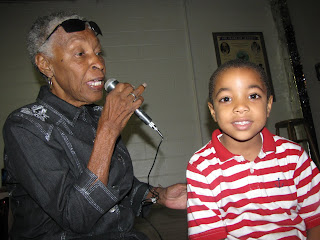 And this won't be the last event of this kind.

"These grandparents, just like all grandparents, are our heritage," says Johnnie Mae. "My heart goes out to the people who did not know their grandparents, but luckily, Riverview is the kind of place where everybody had a grandparent, whether related to them or not. Their heritage is now our future, just like the children are our future too. Somewhere they intertwine, to make us all, who we are."
Posted by douglassriverview at 12:26 PM