Posted on August 3rd, 2009 by Cynthia Moxley
On a wall in Phyllis Nichols’ office at the Knoxville Area Urban League is a frame containing a paycheck stub and a one dollar bill.
They are not hers, but those of a woman she met at the inner city Walter P. Taylor public housing development in 1994. “She was the first person I ever helped get off welfare,” Nichols explains. “She asked what she could do to thank me and I told her she could buy me lunch with her first paycheck: she could buy me a hot dog. When she came in to buy me lunch, I told her I’d rather have the dollar and her check stub. It means a lot to me.” 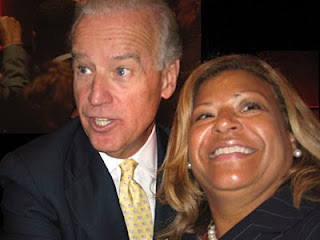 I guess you could say that’s when Nichols got bitten by the Urban League bug.
An educator by training and a former school teacher, Nichols started working part-time for the Knoxville Area Urban League in 1994 as she was re-entering the work force after taking a break to have two daughters. She started under a joint program between the Urban League and the UT School of Social Work working on an adult training project. “We went into the public housing developments because we wanted to meet people where they were,” she explains.
Nichols herself had been educated in both segregated and integrated schools in Kingsport where the minority population was only eight percent and she grew up knowing how important learning was. Both her parents were educators and it was just assumed in her middle-class family that she and her three sisters and two brothers would go to college.
The work in the Knoxville housing development was eye-opening for her. “Once you understand that things are not equal - that everbody doesn’t have the same opportunities - you have a moral obligation to do something about it,” she says. “When I saw how much it would make a difference in people’s lives if they had an education, it resonated with me.”
It’s not as simple as this will sound, but suffice it to say that Nichols took on more and more projects at the Urban League and was named president and CEO in 2000. Under her leadership, the local Urban League, once on shaky financial ground, gained stability. Today its books are clean and transparent with eight years of good audits. Board members are welcome to examine them at any time - and often do. 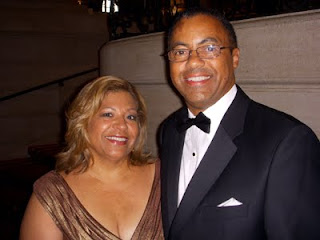 At left, Phyllis and Jim Nichols prior to gala at National Urban League conference. Photo courtesy of Alan Carmichael.
Most Knoxvillians don’t realize it, but Nichols has become something of a star in the National Urban League, too. The 99-year-old civil rights organization concluded its national convention in Chicago on Saturday. Her colleagues, other Urban League CEOs across the South, recently elected her to represent them to the national organization and she has been tapped by the National Urban League to travel on its behalf to counsel other Urban League affiliates across America.
The Urban League has 100 affiliates in communities across the country. Last year, through those affiliates, it served more than two million people.
We on the Knoxville Area Urban League board of directors live in constant fear that a bigger, sexier Urban League affiliate is going to try to hire Phyllis away from us. And we half-jokingly say that at least one of us must accompany her at all times when she goes to National Urban League events to keep that from happening.
“Phyllis Nichols has swagger and style,” enthuses Marc Morial, the charismatic former two-term mayor of New Orleans who is now the National Urban League’s president and CEO. “She is serious about our mission and she is one of our best affiliate leaders.”
“Phyllis is a genuine person. She’s a visionary. Both her compassion and passion for what she is doing are infectious,” says Samuel Howard, the long-time board chairman of the Urban League of Middle Tennessee in Nashville and a new member of the National Urban League Board of Trustees. “If you find a young lady who has been the CEO of a social service agency for 10 years, you know she is a good leader, she is politically connected and she continues to provide for the agency’s financial stability.”
Warren Logan has been the CEO of the Urban League of Greater Chattanooga for 13 years. Nichols says he was a mentor to her as she was starting out as a new CEO herself. “Phyllis has taken an affiliate that had a marginal reputation to being one that sets standards for other affiliates,” Logan says.
For her part, Nichols says her success comes from maintaining good relationships with three key groups: the people she serves, the Urban League employees who help her serve them, and donors who financially support the organization in its service. “In today’s environment, you must have a heart for your mission and a head for business,” she notes.
One of the biggest challenges ahead for the Knoxville Area Urban League is addressing the obvious deficiencies in its physical facility located in East Knoxville a block off Magnolia Avenue. “We must have a facility that allows us to meet the growing demand for our services,” Nichols says.
And constant fundraising is a drain on the entire organization. “The Urban League shouldn’t always have to be in the fundraising business,” she notes. “Year after year, we help people become homeowners, which contributes to the property tax base. We help develop the work force, which contributes to the sales tax. There is a clear return on investment in the Urban League. We should not have to go back year after year. Opportunities exist for the Urban League to be included as a viable partner and service provider. There should be a commitment that allows us to continue our service based on our performance - especially in the area of work force development.”
After all, she notes, the Urban League model is about self-sufficiency, not hand-outs. “We’re looking at opportunities to position this affiliate to become more self-sustaining,” she says. “It’s hard to move people forward when you are struggling yourself.”
Nichols says she’s still happy and challenged at the Knoxville Area Urban League, but she doesn’t think this will be her last career.
“I think I have another level of something I am supposed to do,” Nichols says. “It might be in business or government. I don’t know yet. But I am a life-long learner. I am being teased about what I’m supposed to do next.”
Posted by douglassriverview at 10:37 PM