Shipley fends off Vaughn in rematch 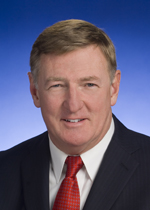 Neither Shipley nor Vaughn was immediately available for comment late Tuesday night.

Shipley unseated Vaughn, who served three terms in the legislature, by about 300 votes in a bitter campaign two years ago.

This year, they criticized each other’s past legislative votes and tried to convince the public who was better suited to move the $100 million State Route 126 rebuilding project forward.

One House Republican Caucus robocall piped into district homes Friday alleged Vaughn tried to intimidate local TV stations into taking down an ad pointing out that he voted for “an $8 million party room” during his tenure as a lawmaker.

Vaughn had voted in the spring of 2008 to table a GOP budget amendment calling for a spending halt on an underground ballroom at Tennessee’s Executive Residence.

But Vaughn stressed GOP Lt. Gov. Ron Ramsey, a member of the State Building Commission, would have been in a stronger position to act on that project.
A Tennessee Republican Party direct mail piece that went out over the weekend criticized Vaughn for “supporting Big Labor” and getting campaign contributions from labor groups.

In his and Tennessee Democratic Party (TDP) mail pieces, Vaughn was portrayed as an independent voice who is “pro-life and pro-gun.”

Shipley asserted he had stronger positions than Vaughn on spending issues and illegal immigration.

But TDP mail pieces said Shipley “gives us a bunch of political double-talk about his record” and criticized him for voting against a $700 million bonding bill paying for a number of local road projects.
Posted by douglassriverview at 10:54 AM