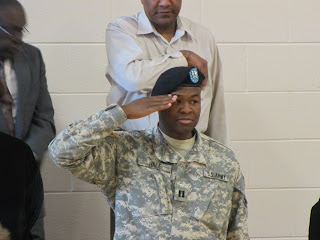 "One of the things that makes an American soldier so good at their job is that they believe in America.’


KINGSPORT — Active and retired military servicemen and servicewomen were honored Sunday afternoon in a program sponsored by the New Vision Youth and the Kingsport Parks and Recreation Community Service division at the V.O. Dobbins Sr. Complex gymnasium.

Click here to see pictures from the "Salute to Soldiers" ceremony.

The military personnel were nominated from the community and Sunday’s program was part of New Vision Youth’s eighth annual Black History Program. 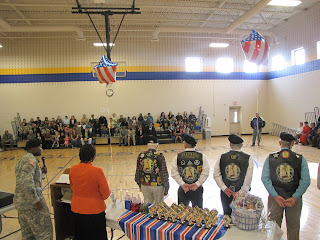 “We live in a very conflicted world and there are billions of people who are in poverty, and war is a reality to everyone,” Hale said. “However there is still  hope for freedom and a decent quality of life for all people. The American soldiers are the people responsible for protecting or promoting these hopes and these ideas.


“While they do not make the executive military decisions, it is their loyalty and dedication toward spreading and protecting democracy and freedom that gives them the ability to do a very good job and a job well done. One of the things that makes an American soldier so good at their job is that they believe in America.” 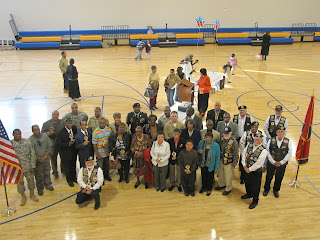 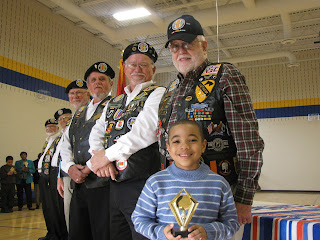 The event included a prayer by Myrick, followed by a scripture reading by New Vision Youth member Diamond Wyckoff. Color guard was provided by the Sullivan North ROTC and the national anthem sung by New Vision Youth member Juliano Soto.
Kingsport VFW Post 979 participated in the award presentations, and the Full Gospel Mission choir concluded the event with a rendition of “I’m a Soldier in the Army of the Lord.”

Posted by douglassriverview at 2:21 AM