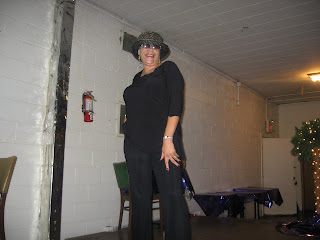 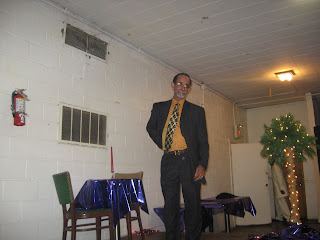 It was a star-studded night at the Elks Club in Riverview on Saturday, September 22, 2007, as the Daughters of Dunbar Temple #344 held a fashion show fundraiser for the organization's upcoming events.

PHOTOS OF THE FASHION SHOW IN THE PHOTO GALLERY

Although the event was a little late in starting (you know how we are), the Fashion Show was very worth the wait, as some of our own stars, including Richard Hicks, Jennie Ruth Bristol, Kathryn White, Lonnie Cox, Flossie Maxwell, James Bristol and Dana Skaggs modeled their fashionable outfits for the audience. Our folks never looked soooo GOOD!

Johnnie Mae Swagerty, who also modeled, served as the Mistress of Ceremonies, and music was provided by D.J. Dunn of Johnson City. Members of the Atomic Lodge #1301 of Oak Ridge, Tennessee were special models, and the Five Heartbeats performed special musical numbers to the audience's delight.
Posted by douglassriverview at 9:36 PM