An article in the Kingsport Times-News spoke of the city's Board of Mayor and Aldermen approving $11.27 million dollars in bonds to fund the construction of the Kingsport Center for Higher Education. 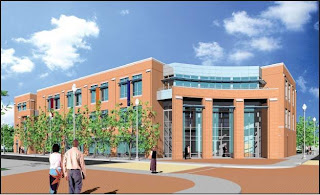 The new center will open in August of next year, and is to be built at the corner of Clay and Market Streets, in about the area where Ward's Feed Store is right now.

Another $10 million dollars was earmarked in additional bonds to cover the cost of a new fire station on Stone Drive, refunding money from last year's allocation that funded the Regional Center for Health Professions, a facility to store residuals during the filtration process at the city water plant and also several transportation projects around the city. 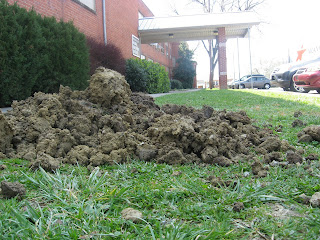 Where does the promised renovation of the Douglass School building into Kingsport's non-profit center and new headquarters for the Douglass Alumni Association stand?

Will there be money for that project?

The answer to that last question from the city is a resounding YES!

"Where it stands," says Chris McCartt, assistant to the Kingsport City Manager, "is that the city is waiting on approval of New Market Tax Credits to fund the construction cost of the Douglass renovations."

So what is a New Market Tax Credit in the first place?

A New Market Tax Credit is an incentive in the form of a tax credit to induce investors to invest in the funds of certain financial intermediaries
called "community development entities", or "CDE's."

Those "CDE's" in turn, invest in projects in targeted economically distressed areas. Those projects can range from manufacturing and service businesses, to commercial and industrial projects like as retail real estate developments, office buildings and warehouses, to mixed use commercial and housing developments to community facilities like child care centers and charter schools.

To date, the Fund has made 294 awards totaling $16 billion dollars in allocation authority.

Mr. McCartt feels confident the tax credits will be awarded, because the Douglass restoration fits within the parameters of the government's requirements.

He says, the city is also waiting on a final construction estimate for the building renovation.

Mr. McCartt says, the city still plans to start the project in late October or early November. If possible, he says, demolition in certain areas will begin as early as this summer. 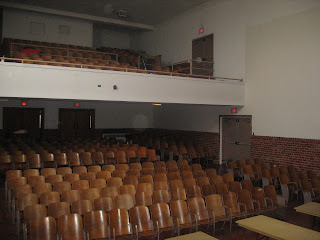 As you know by now, the historic Douglass Auditorium is the highlight of the demolition phase of construction. The room that many people have held dear for so many years, has been deemed too hazardous to renovate, because of the cost of bringing it up to Tennessee building codes.
Posted by douglassriverview at 8:37 PM