"What is the greater need?"

That's a question Chris McCartt has been trying to answer for months now. When he received the final report on the Douglass School auditorium, Kingsport's Assistant City Manager tried to look at the sentimental value of the big room, knowing the emotional ties it has to the community.

But the renovation cost kept getting in the way.

"If you look at the cost of renovating the rest of the building, which we are committed to do," says McCartt, "the cost of just bringing the auditorium up to code stands right in the way." 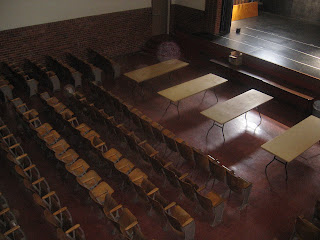 "When Dineen (West, the restoration project architect) first called me about the Douglass building," McCartt says, "the first thing she asked me was 'can we save the
auditorium, what can we do to save the auditorium? As engineers and inspectors began going through it, obstacle after obstacle started blocking the way. Then after months of wrestling with what became a hopeless proposition, we had to look at other options, like 'well what if we took down the auditorium, could we make a better use of that space?'

"The answer was clearer when we examined the needs of the non-profit agencies we want to put in the building." 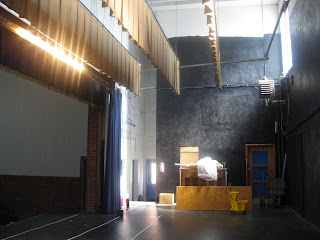 So why did the City of Kingsport let the auditorium get in the condition that it's in? After all, it is a city-owned building, and the REST of it was being kept up?

"That's a good question," says McCartt. "Of course, I wasn't here and I cannot speak for previous administrators, but if I had to surmise what was going through their minds, it could have been things like "is that space really needed, with all the other auditorium spaces they had in town.. auditoriums in schools that were open and not closed. I cannot give you an honest answer, but it was probably a situation where other facilities of similar use had a more pressing need.. Johnson, Jackson, or Sevier, which had major renovations back in the 90's."

That may be tough to explain to the community that regards the auditorium as sacred as the building that it is in. 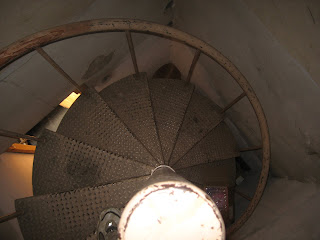 "There is a lot of sentimental value attached to that auditorium," McCartt says, "and when you start talking about sentimental value attached to something, that's a hard pill to swallow. It would be hard to swallow for anybody. What people need to realize is, what we are facing to bring that building to where it needs to be, carchitects and engineers have looked at it, and we just cannot justify the cost factor."

Could trying to renovate the auditorium to bring it up to code, jeopardize the entire project?

"It could," says McCartt, "because if you have eight million dollars to spend on the entire project, what's going to have to be cut to meet the needs of the agencies moving into the building? We've got the Red Cross in a building right now that's falling apart.. you've got the United Way with its various agencies scattered all over town.. you've got duplication of many services.. you've got people being sent all over town. This project unites all of those agencies in one building, that is one of Kingsport's most historic." 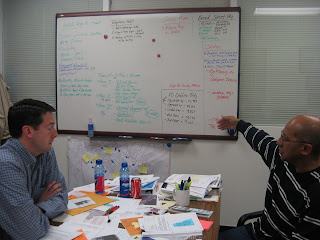 "The renovation of Douglass and other improvements in the Riverview community have been a long time coming," McCartt says. "It's just amazing what that little community will be transformed into after so many years."

"The best is yet to come."
Posted by douglassriverview at 3:41 PM