Letter To The Editor: Accept the Election And Move On....Please

READERS: Since the presidential election and for the past few days, many Letters to the Editor to the Kingsport Times-News have been profoundly negative concerning the election of Barack Obama as president. One of our Riverview neighbors sent this letter in response: 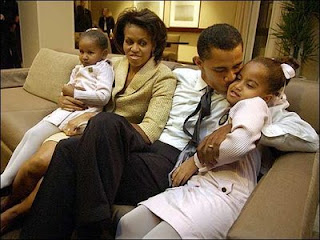 Gary Oliver complained that America died on Nov. 4, 2008. I think what he really meant to say is that Tennessee and a few other states got their wings clipped, for the betterment of all 50 states. Being proud of Tennessee at this time is not something to be boastful about. The only thing I can see is Tennessee is still behind. Being a Christian is one thing, and being narrow-minded is really something else. I cannot understand how anyone would compare the two. It is painful to some that a black man could be president of the United States. That is a fact, so all I can say is get used to it. Rosa Parks sat so that Dr. Martin Luther King could stand, so that Barack Obama could run. And our next generation can fly.
Cecilia Henderson
Kingsport
Posted by douglassriverview at 10:23 AM