Plans For Obama Inauguration: Will You Be There?


For Riverview, South Central Kingsport and Upper East Tennessee residents wanting to see history in the making, at the historic inauguration of America's first African-American president, we want to go along with you. 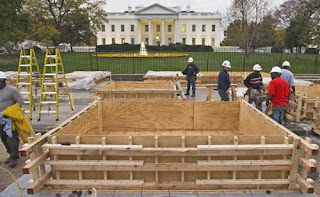 If you are planning to go to the swearing-in ceremony on January 20th, 2009, please let me know by sending an email to: douglassriverview@gmail.com. With gas prices now at low levels, the trip of 343 miles between Kingsport and Washington, D.C. is much closer and easier to budget for.

The theme of the 2009 inauguration will be “A New Birth of Freedom.”

The tickets: Anyone selling a ticket to the swearing-in ceremony, simply doesn’t have the goods. The 240,000 tickets that have been printed for this event “are in a secure location,” according to the committee, and have not been released yet. 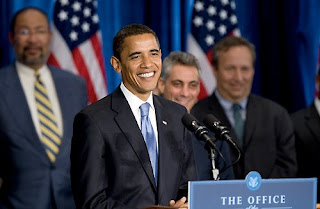 The truth: Tickets to the swearing-in ceremony are free — but you have to request them from your U.S. representative or senator. Best to call his or her Washington office if you haven’t already. Demand will be high, and there’s no guarantee you’ll get tickets if they run out.

For the convenience of our Riverview, South-Central and Douglass Alumni residents, I have already put in requests for tickets from several local and national congressmen, but there is no guarantee at this point. I will let you know if and when I hear back, but if you would like to request tickets, you certainly can on your own.

Apparently, tickets are required for most of the main events and news reports indicate that prices for those tickets are skyrocketing, asthose seeking to profit from the historic event are revving into high gear. The hottest ticket of 2009, the swearing-in ceremony, can't be reserved yet, hasn't been distributed and is supposed to be free.

But on Monday, tickets for President-elect Barack Obama's inaugural events were selling for as much as $10,858 apiece. 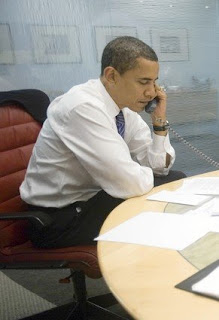 Ticket brokers wouldn't say where the tickets were coming from, and the committee in charge of the main event emphasized that none has been sent out yet. All 240,000 tickets to the swearing-in are sitting in a locked room.

In effect, the brokers are selling a promise of tickets, banking on their ability to acquire tickets at a lower price than they charge for them.

Sen. Dianne Feinstein (D-Calif.), chairwoman of the Joint Congressional Committee on Inaugural Ceremonies, said she was drafting a bill to ban sales of inauguration tickets, which would make scalping them a misdemeanor.

"These tickets are given for free to people," Feinstein said in an interview with the Associated Press. "This is a major civic event of the time, and no one pays for their tickets, and we believe no one should be required to pay for their tickets."

She said her Senate office received 8,000 ticket requests the first day after the election.

An inaugural committee spokeswoman, Carole Florman, said: "Any member of Congress is prohibited from profiting by their position. A letter is going out to them reminding them of that. Soon."

The individual committees organizing events including parades and inaugural galas haven't even formed yet, Florman said.

With so much up in the air about the Jan. 20 festivities, there seemed to be only two certainties Monday:

Inaugurating the first African American U.S. president will be historic.

And everyone wants a ticket. 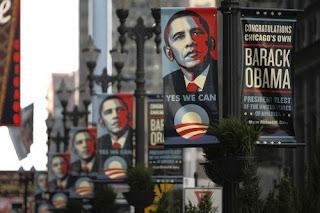 TICKETS TO A "FREE" EVENT?

GreatSeats.com offered spots at the yet-to-be-planned inaugural parade for $495 to $1,815, with caveats that none are available now.

StubHub offered parade tickets for $681 to $1,025, with a money-back guarantee. Spokeswoman Vanessa Daniele said the site has already sold several, plus a pair of tickets for the swearing-in ceremony that together cost $21,716.

Basically, they'll sell you "a ticket to nothing" because they didn't have any tickets yet.

Only members of Congress can dole them out, and they get them Jan. 19, a day before the event.

Tickets to inaugural events are free of charge and distributed through members of the incoming Congress. The ceremonies are coordinated by different committees, and the tickets to the events are distributed differently. Events include a morning worship service, a procession to the Capitol, a swearing-in ceremony, an address, a parade and balls. 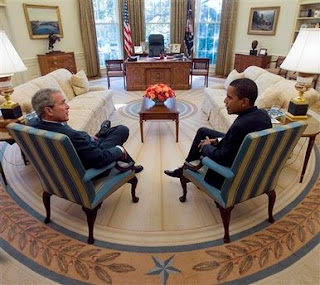 Residents should beware of anyone claiming to sell tickets, inaugural officials said, because tickets will not be distributed until January and the members of the House and Senate do not know how many they will receive. It's not illegal for recipients to resell tickets, but it is strongly discouraged.

Jason Tai, a spokesman for Rep. Daniel Lipinski (D-Ill.), said, "We have not calculated final numbers, but it's safe to say there's been a lot of demand."

At the office of Rep. Jesse Jackson Jr. (D-Ill.), officials are adjusting their Web site to handle the demand because the volume of calls has been so overwhelming.

"Constituents want to be in Washington and witness history," said Kenneth Edmonds, a spokesman for Jackson. "No one should be surprised. It's a reflection of the extraordinary enthusiasm President Obama's candidacy has unleased."

SEE YOU AT THE INAUGURATION, KINGSPORT! 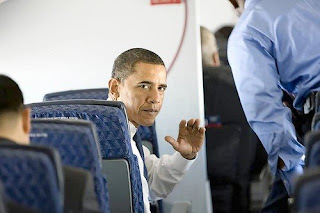 Edmonds said he hopes organizers will consider accommodating many more people than they have in the past.

Here's hoping that everyone that can get here and get the time off from work can be at this historic event. Anyone who wants to be a witness to history, will try to get to Washington, D.C. Just be aware, that somewhere, somebody is trying to make money off this free event.
Posted by douglassriverview at 7:40 AM