Bob Cupp is the General Sessions Criminal Court judge in Tennessee's 1st District Court system, that includes Washington, Carter, Johnson and Unicoi Counties. Following are the remarks he made at a seminar on the criminal justice system, sponsored by the Johnson City-Washington County chapter of the NAACP: 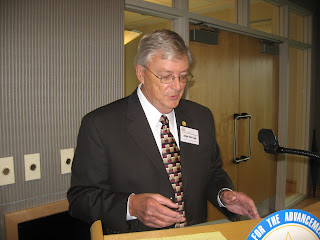 "Sometimes when I look at the system, I wonder if we could do a better job on the juvenile level.. our court system is not set up to take children. We simply cannot put kids in jail. Our society is not designed to put children in jail. If a 16-year-old gets in trouble and has to be sent away, he gets put in with kids from Memphis, Nashville, Chattanooga and Knoxville, that all know a lot more about beating the system than he ever thought about knowing. It eventually becomes a justice system, in which our children just stay in, forever. We watch it every day." 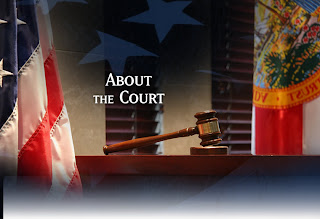 "I think a misconception that a lot of people have concerns how we judges arrive at decisions on the bench. If I take a guilty plea, a person chooses to plead guilty to a crime, I can't just say 'are you guilty of that crime, how do you plead to it, I plead guilty'.. it doesn't work that way. It takes me somewhere between 10 to 15 minutes for every guilty plea I take. I used to take multiple numbers, but I can't do that any more.. I only take two or three at a time. I have to go through a certain procedure that the state legislature says I must do, statutes that I must follow, and procedures the courts say that I must do, just to accept a guilty plea. All of it comes from case law of court experiences that have come before. More than anything, it's to lock in that guilty plea, so that sometime later, they can't point a finger at their defense attorney and say 'my lawyer done me in.' I take great pains during those guilty pleas, to find out what kind of performance they think their lawyer did for them, what they thought of his or her representation of them, and then put it on the record. Once they get in the penitentiary, then they learn from all those other people who have been in the system for so long, that maybe their guilty plea wasn't what they should have done. It's not that easy to just take a guilty plea." 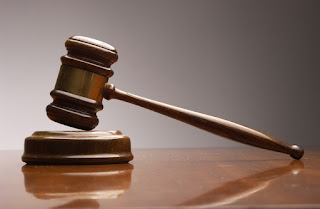 "I do have help in deciding what punishment I can give out for certain crimes. In our community, we are blessed to have what's called, the State Probation Office, and that's where, if we've got somebody with a decent record, we feel like we can trust them. Put them out there, and hope they do the right thing. I, for one, take issue with the ones who violate their conditions, because I think that one of the easiest things you can do, is report to your probation office once a month. It's only so that they'll know that you're working."

"We have another, more stringent program, called the Alternative Sentencing program.. it's commonly referred to as House Arrest. That's where we put those marginal people that probably should be in the jail or penitentiary, but we have opted to keep out in the community, hoping that we can get them to understand that there is a better way to live." 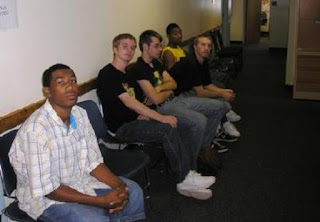 "We have those things available to us, and in a probation hearing, I can't go in and simply put someone on probation."

""The legislature also had enough insight to give us an option called Diversion.. that's where we have mostly the younger generation, never having had committed a crime, never been convicted of anything before.. the legislature had enough insight to say, well, in that case, we're going to give you a free shot.. we're going to let you into this monster called 'Diversion,' and it is a monster because we have to go through so much with the program. You go through a certain period of time on probation and you complete what we ask you to do, there'll be no record that you were ever charged or convicted, even to the extent that if you fill out an application for employment in this state, you can put on that application that you have never been charged or convicted of a crime."

"Our dockets are monstrous.. in my particular case, I'm a criminal court judge.. there are two of us, Judge Brown and myself, and we are in four counties, Washington, Carter, Johnson and Unicoi. What we see are dockets taken up with more than anything, people that we have put out on the street and given an opportunity to play the simpliest rules, so they can keep their freedom, that just won't do it. Our dockets are just overwhelmed with people back in court for violating the rules." 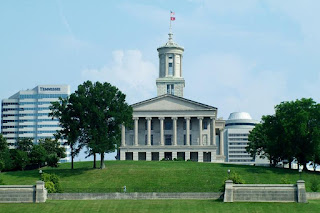 "For some reason, we cannot convince the legislators of the state of Tennessee that it is time to quit incarcerating people. It's time to start treating them for whatever's getting them in the situation that they are in, and that's drugs. They just can't understand that. If you take five-tenths of a gram of cocaine, that will get you eight to twelve years in prison.. If you want to know how much five-tenths of a gram is, get you a scale and see if you can get it to move on that amount. It will get you eight to twelve years in the penitentiary. Most of the people we deal with on our dockets are drug dealers to the extent that they're dealing in drugs, but they're not using them themselves."

"I send females all the way to Memphis for a program that we have out there.. we have got two programs, one in Oak Ridge, the other in Knoxville. We have one for males, the Salvation Army in Nashville that is a free program, and they treat us well. We send more people there, than any other place in the state. We have good success over there. We put them in jail for a certain period of time, then we send them to that program to see if we can get them off that addiction. If it wasn't for the addiction, we wouldn't have any lines. The addictions create all the other crimes, the burglaries, the thefts, sometimes even the murders. I have people who murder, rape.. most of those people are under the influence of something, either alcohol or drugs." 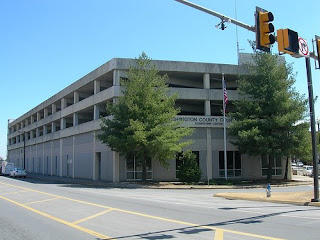 "I would encourage you en masse, to lean on your legislators to give us the tools to work with, to keep people out of the penitentiaries and get them in some drug treatment program. We can't seem to make the legislature understand that.. they give us figures on how much it costs to house a prisoner per year.. it's in the neighborhood of 15 to 20-thousand dollars a year, maybe 35-thousand, to incarcerate somebody yearly. We all pay for that. They could take that same money and give us a treatment facility in this area that we can treat people, and put them back out on the street.. Once we overcome the addiction, we overcome the crime. We have that program in place in Nashville, where a judge is able to send them to a treatment facility. It has a high success rate, it's expanded.. there's a place where addicts stay, there's a female side and a male side, they have jobs.. We just don't get it right in the rest of the state, nor will we ever, until there
are legislators who turn a blind eye to rehabilitation." 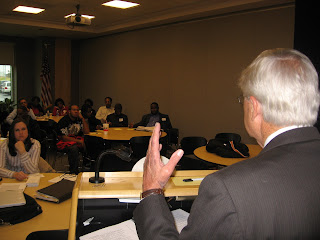 "The criminal justice system is slow..when I walked into Elizabethton yesterday (Friday, November 14th) with 108 cases on the docket, you understand why cases are continued. Look at it for a minute.. 108 cases. If I gave each one five minutes, that would be 540 minutes I would spend on them. There are 408 minutes in an eight-hour work day. That's the reason we can't do anything.. we don't have what we need, and the reason those dockets are so heavy is because of all the violations. Nine out of ten of the violations are for drug use. That's where we are.. until we can do something about it, address that issue, we are going to stay right where we are."

TOMORROW: ASSISTANT DISTRICT ATTORNEY CECIL MILLS TELLS HOW HE DECIDES WHETHER HE WILL PROSECUTE A CHARGE, AND WHETHER THAT CHARGE WILL STAND THE TEST OF THE LEGAL SYSTEM. AS AN AFRICAN-AMERICAN AND ALSO A MINISTER, HE RELATES WHEN RACIAL PROFILING ACTUALLY HAPPENED TO HIM, A STATE PROSECUTOR.
Posted by douglassriverview at 2:59 PM