MR. KERMIT BOSTON IS THE HUSBAND OF FAYE RUFFIN OF RIVERVIEW-SOUTH CENTRAL KINGSPORT 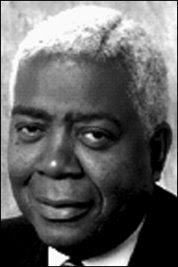 Boston was mourned by his friends and admirers at the many organizations he was committed to, including KQED Public Media, Grace Cathedral, Sigma Pi Phi and Alpha Phi Alpha Fraternities. Boston was a senior partner at BKB Associates, Inc., San Francisco, providing professional development in management leadership and diversity, employee relations, and other areas of corporate education.

Boston began his career as a teacher before entering the world of publishing and media. Boston dedicated his life to service and that is reflected in the many organizations where he dedicated his time and support.

A native of Philadelphia, Pennsylvania, grew up in the Mt. Zion Baptist Church of Germantown, and became a member of their Trustee Board in 1964. He moved on from there to the Riverside Church of New York City, where he became the Chair of the Board of Deacons. When he came to San Francisco, he became a member of Grace Cathedral, where he was a Past Chair of their Board of Trustees and was named Trustee Emeritus.

He was past Chairman of the KQED Board of Directors, and served on the Boards of the Fine Arts Museums of San Francisco, the vice president of Lay Community of the Association of Public Televisions Stations, a founder and vice president of the Bay Area Community Development Corporation, the Bishop's representative and board member of the Episcopal Senior Communities, Incorporated.

He was a Life Member of Alpha Phi Alpha Fraternity and a past president of the San Francisco Graduate Chapter. He was also a member of Sigma Pi Phi Fraternity - the Boulé - and was immediate past sire archon of Beta Upsilon Boulé of S.F. and was elected Regional Sire Elect for the Pacific Region in October, 2007.

Boston's commitment to his community can also be seen by many member organizations and affiliations to whose existence he contributed: Chief Learning Officer for Alpha Phi Alpha Fraternity University, Past President, San Francisco Chapter of Alpha Phi Alpha Fraternity, Inc.; Past President, Board of Managers, Buchanan Street YMCA-S.F.; Chairman Trustee Board of Grace Cathedral, S.F.; Chair of Elkus Ranch Board, UC Extension; Member, Board of Directors, Black Executives, Exchange Program of the National Urban League; Founding member and Vice President of the Bay Area Community Development Foundation; and a Founding member of The Western Addition Literary Reading & Discussion Group.

Boston's past member organizations and affiliations include: Member, Board of Directors, Literacy Volunteers of New York City and Member and Chairman of Board of Deacons, Riverside Church, New York. Boston earned his BS in Education from Cheyney University, Cheyney, PA and his MS in Administration from University of Pennsylvania. Among Boston's many awards are the James R. Ball Award from the American Society of Training and Development (ASTD); Outstanding Alumni of Cheyney University; Gamma Chi Lambda Chapter, Alpha Phi Alpha, "Man of the Year."

Boston is survived by his wife, Barbra Ruffin-Boston; daughter, Kimberly Ketchum of Tucker, GA; grandson Markus Alixander; granddaughter, Alicia Marie; sister, Jane Jordan of Philadelphia, and a host of nieces and nephews. Memorial Services will be held in both San Francisco and Philadelphia.

The San Francisco Memorial Service will take place on Tuesday, December 9 at Grace Cathedral, 1100 California Street. Acknowledgements from other organizations and Omega Services: Sigma Pi Phi and Alpha Phi Alpha Fraternities will begin at 1:30 pm, followed by a Memorial and Service of Thanksgiving, beginning at 3:00. Philadelphia services will be conducted on Saturday, December 20, 2008 at 11:00 a.m. at Mt. Zion Baptist Church of Germantown, 41 W. Rittenhouse Street Philadelphia, PA 19144.