Riverview's next-door neighbor is no more.

The Douglass Alumni website has learned that General Shale, one of Kingsport's first and oldest industries, is closing its plant between Riverview, downtown and Industry Drive. 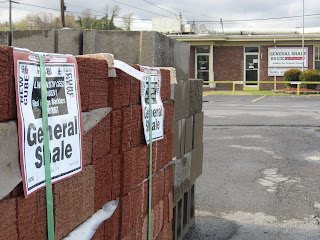 "We are hearing that General Shale is not going to reopen at the Kingsport site," says Chris McCartt, assistant to the city manager, after checking into the situation for this article. "What the company plans to do with the property, (the city is) not sure at this point. Your observations that the plant seems to be winding down its brick shipments and is apparently dismantling equipment, appears to be true, from what we have been told."

Remember when those dusty brickyard dump trucks used to race up and down Lincoln Street back in the day in Riverview? Just playing along the street, our children took their lives in their hands, because those drivers never slowed down. 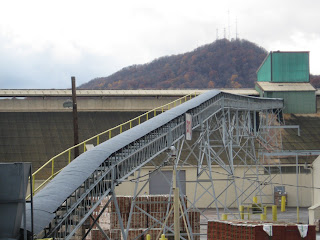 One rumor making the rounds is that Eastman Chemical has purchased the General Shale property appears to be false. For this article, we checked with the Sullivan County Tax Assessor's Office, and found that the Shale property, which lists 100 Hill Street, Kingsport as its address, is still owned at this point by General Shale. "We clarified the Shale situation with our contacts at Eastman," says Mr. McCartt, " and they tell us they are not looking to acquire the property at this time. It may be on their radar screen, but nobody knows what General Shale is going to elect to do." 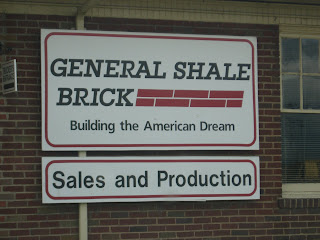 It was only back in March that General Shale announced a layoff of 48 employees and a temporary shutdown of brick manufacturing at the Kingsport plant. In an article in the Kingsport Times-News, Matt Kinser, vice president of marketing and corporate development at the Johnson City headquarters, said at the time "the current state of the economy and the slowdown in the construction industry had gotten the plant to that point."

That was not the first time declining home construction has impacted the Kingsport plant. In 2006, the company laid off about 40 workers and closed its oldest brick kiln because of the downturn in the housing industry. 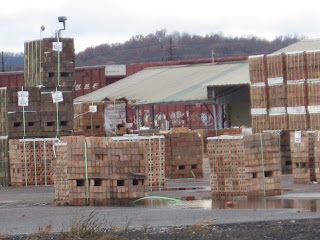 In the March layoffs and production halt, Kinser also told the newspaper that the company was trying to ship out a record amount of inventory that has been stored on site, and that the company decided to temporarily suspend brick production until the economy improved and sales resume.

At that time, Hilary Weigel wrote a comment to the newspaper on the layoffs. "My dad is one of the 48 employees being laid off," she wrote. "He has been working for General Shale for the past 25 years. This is the first time that he has been laid off since he started working there. Lay offs hit families hard and I understand my family isn't the first to have to go through one. I just think it's a real shame that our economy has fallen into such a slump that lay offs are such a common thing now days. I wish the best of luck to all the families being effected by the lay off at General Shale and hope this situation is just "temporary".

Apparently, the situation is not temporary. It is now permanent. "The property still belongs to General Shale right now," says Mr. McCartt, "but there will no longer be a brick manufacturing operation any longer on that property." 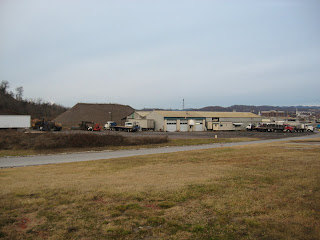 So, now the question is.. what will become of the General Shale property, bordered on the east side by the CSX Railroad and downtown, on the southside by Riverview, on the west side by Industry Drive, the spur railroad and the Holston River, and on the north side by what used to be the Penn-Dixie Cement plant, now part of Domtar? There is at least 100 acres of land, zoned industrial for manufacturing.

"From the city's standpoint, we have always looked at that property as industrial property," says Mr. McCartt, "so if you take it away from that, what would it become.. commercial, mixed use, or something totally different from that? That's something we just don't know yet. I would be hesitant to even speculate what it could be, because it has so many roads it could go down. Time will just have to tell." 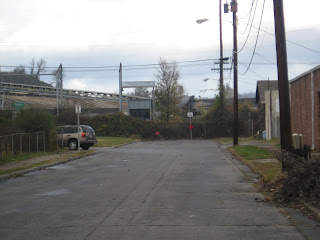 Depending upon General Shale decides to do with the property, if it is sold or given to the city of Kingsport, could it ever be rezoned residential, and be developed into an expansion of the Riverview neighborhood?

"The answer to that is.. it's a possibility," says Mr. McCartt, "but then, so is every other speculative idea out there. The property could be anything. (The city of Kingsport) would certainly like to see it developed, and it could very well be an expansion of the residential area once it's cleaned up. It's too early to tell because, again, General Shale has not decided what it wants to do with the property." 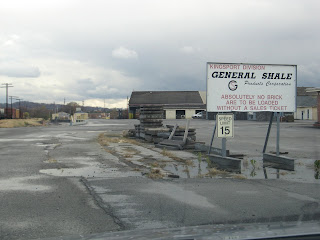 "Any kind of development of the Shale property, whether industrial, commercial or residential has one limitation," Mr. McCartt says, "and that's the railroad. The property, as you mention, is landlocked on one side by the railroad, and on the other side by Industry Drive and the river. How do you put something in there, that doesn't have a conflict with the rail line or the river, not to mention Riverview and Domtar? It is an interesting prospect."

"We are always looking at property that comes on the market, should the Shale property become available," says Mr. McCartt. "Our criteria, as always, is: does it benefit the citizens of Kingsport for us to acquire it, because you don't want to just buy every piece of land out there. A good example of that is the old Kingsport Foundry property.. we did not purchase that, and in hindsight, a lot of people felt that perhaps we should have purchased it, given the "gateway to downtown" approach that people put on it. Quebecor is one property that was donated, and so far, that has been a benefit to the citizens. You know Calvin, it varies, and this General Shale situation is so new, so early on, that we cannot even say how quickly or how big of an interest the city would have in acquiring that." 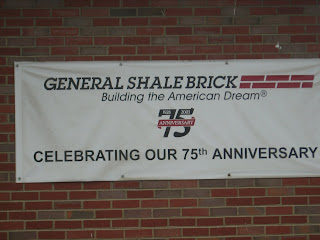 "I do think," says Mr. McCartt, "that it will be a decision that will definitely be on our radar screen. Again, it depends on what General Shale plans to do. We don't have any plans on the table, and can't even speculate on our plans, until Shale makes a decision. We just know that they won't be back as a brick manufacturing operation."
Posted by douglassriverview at 11:00 AM