"The Day The Music Died:" Our Historic Douglass Auditorium Has Come Down

Douglass Alumni and Riverview Neighbors, remember the day.. Monday, April 13, 2009. It's the day the music died. 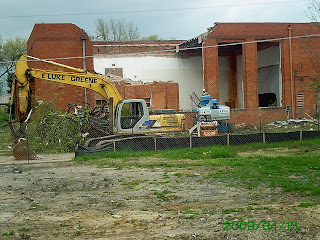 Just as we celebrate the opening of the HOPE VI Homes at Sherwood/Hiwassee that are soon to come to Riverview, our hearts are saddened by the demolition of the historic Douglass School Auditorium that has begun. These pictures captured by Willie Hodges, shows the auditorium coming down in stages, the roof first, then the side walls, including the balcony. The demolition crew has a mandate to have the entire structure down by April 21st, with the all of the debris hauled away shortly afterwards. We'll keep you posted on the demolition progression. 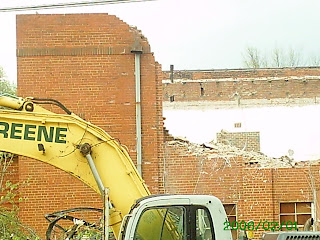 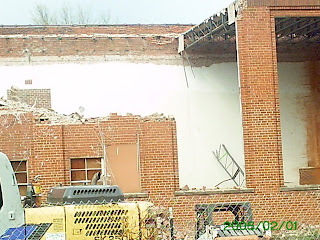 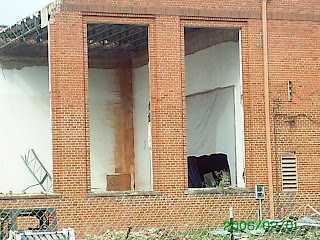 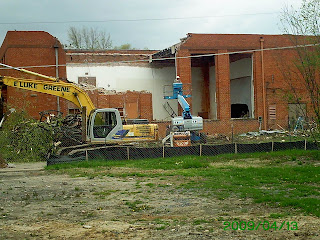 To all the plays we experienced with our families in the audience.. all the announcements we listened to from 'Festa' Dobbins.. all the songs in choruses we sang on the stage.. all the band music we swayed to.. to the final chorus of the Douglass School Song.
The historic Douglass Auditorium.. Monday, April 13, 2009.. The Day The Music Died.
Posted by douglassriverview at 12:14 AM