Here is a brief summary of the Douglass Alumni Board called meeting on Saturday, April 9th. 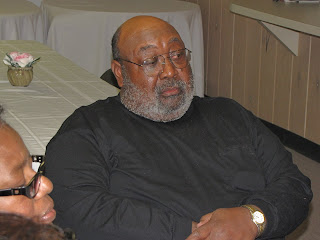 Board President Douglass Releford called the meeting to talk about some discrepancies in the Souvenir Booklet committee's organization.

President Releford was particularly dismayed over the Souvenir Booklet Committee's failure to submit at least three bids for the booklet's publication. He said, it appeaered that committee chairperson Linda Blye had already chosen someone to do the publication, when Releford had said the entire board had not voted on any bids submitted.

Chairperson Blye had convened a committee meeting a week ago (March 28th), and met with publisher Ricky Hancock, and members of the committee, who attended the called Board meeting, reported that Hancock had brought samples of his work, to which committee member Virginia Hankins said were "excellent.. they were better than good, they were great." Committee member Shelia Leeper, also present at the Hancock meeting, also said he does very good work. 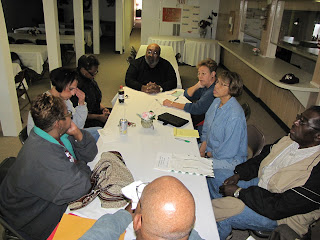 Committee members also said that Hancock's price would be from 12 dollars to 15 dollars per booklet. They said Hancock related that the exact price would fluctuate between those amounts, depending on how many color pages were included (an all black-and-white booklet would be the minimum 12 dollars apiece). The Douglass Souvenir Booklet, of which there will be more information on soon, would obviously have some color pages in it. For an all-color booklet, the total price to the Douglass Alumni Association would be about $2,250, so the Board reasoned that the final price would be less than that, but that's what needs to be budgeted for the time being.

There was discussion on whether to just table the Souvenir Booklet activity until Chairperson Blye could bring all of her information to the full Board, including information and prices from at least two more bidders, but several board members and committee members remarked about the lateness of the situation, and that further postponements may delay the publication. Board member George Smith noted for future reference, that the Board needs to invoke proper procedure when dealing with situations like this, and press the need for all committee chairperson appointees to strictly follow the rules the Board has set down, to avoid any future confusion. Board members agreed, and President Releford said he did not have a problem with Mr. Hancock, nor the committee's report on his work, but that the situation did need to be discussed at this called meeting. 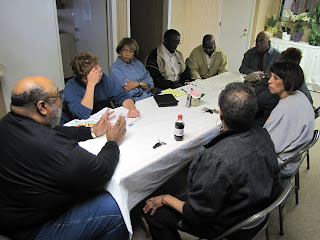 With no further discussion, the Douglass Alumni Board voted unanimously to hire Ricky Hancock to publish the Reunion Souvenir Booklet, of which sponsorship ads are already being sold. 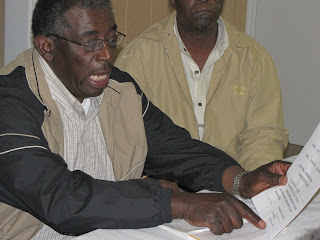 In other business, Ozine Bly has paid Richard Ford of D-J Spontaneous for his services for the Reunion Sock-Hop, and the Reunion Banquet. He also brought to the Board a contract signed by himself and Mr. Ford, with the balance of the contract to be paid the weekend of the Reunion, July 4th.

Board member and Golf Tournament Chairman George Smith told the group, the tournament flyer is ready to be mailed out to potential golfers. He's expecting from 30 to 40 players this year. 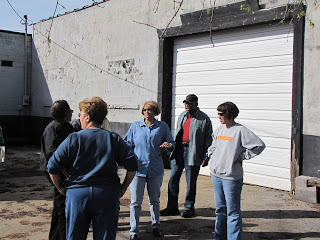 There was no new business at the meeting, but Board member and website manager Calvin Sneed requested the full Board's presence on a field trip after the meeting, to the place where the old Douglass School books are being stored for the next School Book Fair. There is a special find that he's made, and is storing it along with the books, which will be good, uplifting news to all Douglass alumni. There will be a story on the find very shortly!

The next scheduled Douglass Alumni Board of Trustees meeting will be at St. Mark's Methodist Church on April 18, 2009 at 1 PM. The meeting will be a pot lunch.
Posted by douglassriverview at 11:25 AM