Kingsport Negro League game had plenty of Clowning around

Contact Vince Staten at vincestaten@timesnews.net or via mail in care of this newspaper. Voicemail may be left at 723-1483. His blog can be found at vince staten's blogspot

It was five years ago that Kingsport native Marvin Bond wrote to ask if any Negro League teams ever played at J. Fred Johnson Stadium.
I checked around. Then-city archivist Brian Wilson told me he had heard that there were at least two Negro League games in Kingsport over the years, but he was never able to find any details. Don Shepherd told me he was at a game between the Kansas City Monarchs and the Birmingham Black Barons at J. Fred Johnson Stadium. We even narrowed the date down to the late 1940s or early 1950s. But I never could find any news story.
Then this past week, five years after Marvin’s original e-mail, I chanced upon a reference to a Negro League game here. 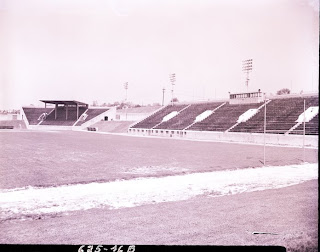 On May 1, 1955, the Times-News reported, “Tuesday, May 17, Douglass School will sponsor a baseball game between the New York (B) Giants and the Indianapolis Clowns at the J. Fred Johnson Stadium under the lights at 7 p.m. Tickets may be secured from the Douglass School’s office.”
First a little background. The Negro Leagues operated parallel to the major leagues from 1920 until the late 1940s, when Jackie Robinson finally broke the color line and big league teams began signing black players.
The Negro National League folded in 1948. The Negro American League struggled on for another 10 years before slowly dissolving. 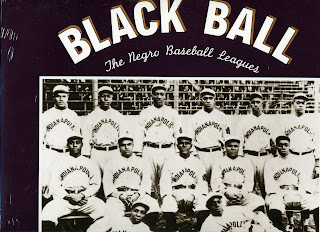 The Indianapolis Clowns were a mainstay in the Negro American League starting in 1943. In fact in 1951, 1952 and 1954 they won the Negro American League championship. In 1952, only three years before their appearance in Kingsport, they employed a 19-year-old shortstop named Hank Aaron, the same Hank Aaron who would go on to break Babe Ruth’s career home run record. And in 1953 the Clowns signed the first woman to a professional baseball contract, Toni Stone. That team played an exhibition game at the Scott County Virginia Fairgrounds on Sept. 19, 1953, with Stone in the lineup.
By 1955 — eight years after Jackie Robinson — the Clowns were part Harlem Globetrotters, part serious baseball team. They had a few legitimate ballplayers, but they also employed a group of comics who entertained between innings.

Their touring partners, the New York Black Yankees (misidentified in the newspaper story as the New York Black Giants), had been a power in the old Negro National League but disbanded in 1948 after that league shut down. One of their original owners was Bill “Bojangles” Robinson. The team was reformed in 1950 for the barnstorming circuit, and that’s the team that came to Kingsport.
The stadium was free that night in May. The local Appalachian League team, the Cherokees, was playing in Pulaski.
The Times-News didn’t cover the event, so there is no newspaper story to tell us what transpired.
But the same two teams played a week earlier in Lake Charles, La., and two months later in Benton Harbor, Mich., and both those papers covered the event, so we can piece together what probably happened in the Kingsport game from those accounts. 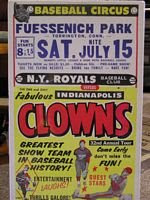 The comedy stars of the Clowns were Ed Hamman, Richard “King Tut” King, “Prince” Jo Henry, Jim “Natureboy” Williams and 3-foot-2-inch Ralph “Spec Bebop” Bell.
Of the five “clowns,” only two actually played in the field during games, Henry and Williams.
The Clowns warmed up using a ghost baseball, a slapstick routine that was created by former Clown and by then Harlem Globetrotter Goose Tatum. It must have resembled the Globetrotters’ famous warm-up routine. 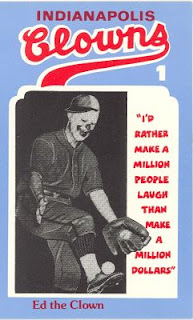 Then Hamman — who was white — would toss behind his back to the catcher. He had a standing offer of $1,000 to anyone who could throw behind-the-back pitches as accurately as he could.
When the game started, Prince would take the field in a ratty tuxedo and carrying a butterfly net, which he would use to snare ground balls. By the time he came to bat he would have switched to Bermuda shorts and a loud jacket. He hit left-handed, and on his first trip to the plate he would swing mightily and miss but catch the ball in his other hand and toss it into outfield. Then he would race to first, stopping to read a newspaper, then just beating the t h r o w.
Williams would play barefooted in a grass skirt.
Richard King — “King Tut” — and Specs Bebop were strictly entertainers, famous for a pantomime rowboat routine and also for a comic dentist-patient skit that they would perform between innings.
No one was left out of the comedy.
Second baseman Clyde McNeal would sit in a rocking chair in the field. Centerfielder Verdes Drake would fall down when a long fly was hit over his head so that catcher Andy Porter could tag the runner out with a hidden ball.

As good as they were at clowning, they were equally as good at hitting and fielding. Their record the year before they visited Kingsport was 43-22, best in the league.
We don’t know who won the game that night at J. Fred Johnson Stadium. But we are sure that everyone who showed up had a good time, thanks to the Indianapolis Clowns.
I’ve posted newspaper clippings and publicity stills of the Clowns on my blog,vince staten's blogspot
Posted by douglassriverview at 12:17 PM