Youth In Praise: "Putting the Young People in Charge"

The young people of Riverview and South Central Kingsport are proving that they have the faith of their parents, grandparents, great-grandparents, and yes.. even their ancestors. 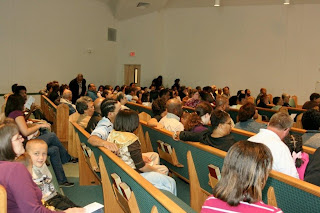 The first annual "Youth in Praise" program, held on the 15th of March, was a huge success, owing for the most part, to the spirituality of folks long gone.

"We decided that young people needed to know they have the privilege of praising God just like the older folks," says Mrs. Lillian Leeper with the Little Miss Vision pageant, the sponsor of the program. "The entire program was in the hands of the young people, from the prayer, the Scripture, the songs, the dances and arrangements, everything. And they showed us older folks a thing or two about modern worship." 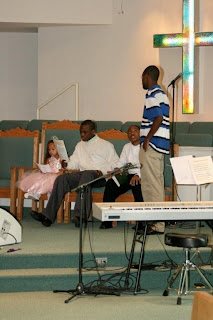 Several churches were represented by the youth in the program.. dozens of them came from Central Baptist, Shiloh Baptist, Phillipi, Hales Chapel, Ebenezer, Mount Zion Holiness and Friendship in Johnson City.

"Tiera Jordan from Shiloh Baptist just tore the house down, singing 'His Eye Is On The Sparrow," says Mrs. Leeper. "Her voice with the music just moved people to tears. The young man Dearus Porambo from Ebenezer, when he did the Prayer, he got up and calmly said 'Hello everybody.. are we here to worship God? and got the response. It was so sincere. That young man has a future ahead of him."

"Ida Machen sung a song dedicated to the children, and when she talked to the 7 ministers that were present, she told them that these children are our future. She said 'if we don't let them partake in church and let them show us how THEY worship God, then we're lost." 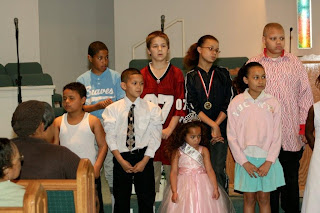 "It was like God was right there in the House, watching his little people," Mrs. Leeper says. "You know, God started from His little people, and to see them worship together, in sincerity.. one minister told me, to see the young people giving their praises, makes you remember: Praises go up, blessings come down. Another preacher just stood up and cried during the dance team performances."

"If you sat there and didn't move.. didn't get motivated.. something was wrong with you." 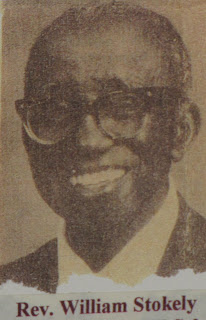 The program, a first of its kind, was reminiscent of the old days when Reverend Stokeley, Reverend Gaines, Reverend Price, Reverend Turner and the other pillars of the religious black community, used to harness the energy of the young people in the churches, and channel that energy into something productive and positive in the community. Reverend Stokely, in particular, would spot a hyperactive child full of energy and he would tell the parents 'let that child along.. they're all right.' Later, he would get the child in a Sunday School setting, and guide them into the Children's Choir, or the Young People's assembly, or some other activity in the church.

By the observations of the adults present at the "Youth in Praise" program, many of our youth are headed in the right direction. 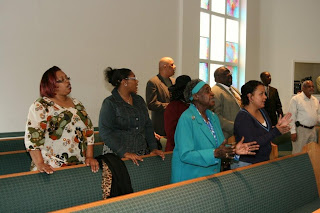 "We had a blessed crowd," says Mrs. Leeper, "and although it rained all day, by the end of the program, the sun had come out. It was a crowd that knew how to Praise the Lord on the shoulders of our young people, and we definitely hope to try this type of youth program again next year." 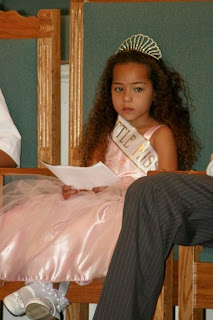 "We let the young girls know that, with their education," says Mrs. Leeper, "they can achieve their goals and dreams."
Posted by douglassriverview at 8:17 PM