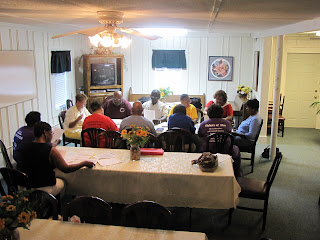 OLD BUSINESS HIGHLIGHTS: An amendment to change the Alumni Board by-laws to allow the news media and the website to cover Alumni Board meetings and events sponsored by the Board.

NEW BUSINESS HIGHLIGHTS: Reaching out to the Kingsport Ebony Club.

Reading of the previous minutes, with changes from Linda Blye. Motion to accept with corrections by Sandy Wilmer, seconded by Pam Sensabaugh. Motion passed with one abstention from Wallace Ross, Jr. 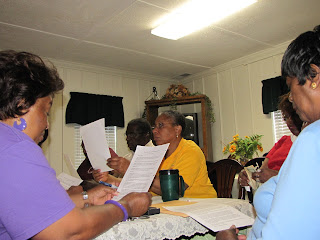 Wallace Ross, Jr. wanted to know how many unsold Douglass cups were left.. Andrea Watterson said there are about 30 left. Ross suggested that we give those away to the first people who had registered for the 2009 Reunion, even though they had been sold as a fundraiser before. Several board members mentioned that everybody was getting pre-selected gifts, and that the cups need to continue be sold individually as before.

The discussion led to the fact the treasury has more money in it than it has had before. Doug Releford said, the reason for that is, people buying ads for the Reunion Souvenir Book, and that, without those extra funds, the board usually ends up trying to break even for the Reunion. Ozine Bly said that, before we give something away like the cups, we need to find out how much money we would need to pay for all of our expenses, THEN we could probably give something away. Andra Watterson said, with Meadowview, the board would not know how much our rented facilities would cost, until the nights of the Reunion.

Wallace Ross, Jr. then suggested giving away the Douglass School Books free to the alumni, even though they had been sold as a fundraiser before. That suggestion was not acted upon. Virginia Hankins said her understanding of the Douglass Reunion was, first to keep the alumni group together, and then to give away scholarships to the students of deserving alumni descendants.

Doug mentioned that the yearly Douglass Alumni non-profit charter with the State of Tennessee is expiring, and that it would cost $100 to renew it. He said, that renewal will be done soon, with funds from the treasury. He also mentioned that he had treasurer Sandy Wilmer break down the money coming in, and as of May 16th, the Board has taken in $2,918.00 in dues and $1,845.00 dollars in Souvenir Book ads.

Wallace Ross, Jr. mentioned that he had heard from some alumni that there were no rooms left at Meadowview. Andra Watterson, in charge of arranging the rooms, said the rooms were reserved for "Douglass Alumni," and that folks need to say that when they make their reservations, so they would get rooms at the special rate that has been arranged. Doug said that it had been an oversight on the Board's part, because that information was mistakenly not included in the Reunion letter that went out to alumni several weeks ago.

Doug said he had gotten quite a few emails from alumni, both in town and out of town, who had read the minutes of the previous minutes posted on the website, where it was mentioned that Linda Bly had called the IRS, to find out what information the board had to disclose from its meetings, that because of our tax code, we did not have to publicize our meetings. Doug read some of the emails he received, to which many alumni expressed concern that the news media, in particular, the Douglass Alumni website, would not be able to report board decisions that are made, how Alumni dollars are spent, and generally what the Board is doing on their behalf. All of the emails expressed a desire to keep the news media coverage as it is, including live webcasts on the website, and, as publications reported in the website's "News and Current Events" section. 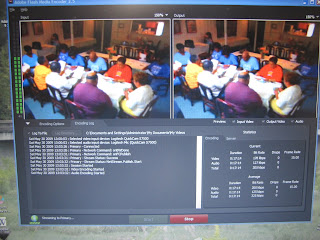 Calvin Sneed then said that he had talked to the IRS, and public relations spokesman Dan Boone had told him that 990 Form information cannot be used to restrict alumni board information during meetings. He also stated that he had talked to the general counsel at the Tennessee Secretary of State's office, and, if the Board permits information from the Board meeting to be made public or not, and, if the Board also permits news media and website coverage of Alumni Board meetings and Alumni board-sponsored events or not, the Association by-laws would have to amended to reflect that.

Based on the widespread interest expressed in the alumni emails, Calvin made a motion to amend the by-laws of the Douglass Alumni Association to allow the news media to report on Alumni board meetings, to broadcast them live, to publish and broadcast information from the Alumni board meetings on the website, and to be able to report on and broadcast live, any Alumni board-sponsored public events. Motion was seconded by Andra Watterson. After discussion, motion was passed.

Linda Bly told the board she has pictures that she has selected to go in the Souvenir Book, and the absolute deadline to accept ads and ad money would be June 27th. She said if anybody wanted to help her finalize the plans, she would be setting up a committee meeting soon. Linda also wants a "patron's page" to acknowledge who had taken out ads in the booklet. Virginia extended an invitation to all the alumni listening to the live webcast, to take out an ad in the booklet. 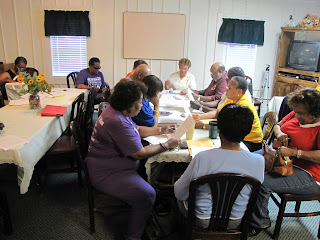 Sandy Wilmer stated a desire for the Board to work with the Kingsport Ebony Club once the Reunion is over. She said many Douglass Alumni are passing on, and we, as a Board, need to work with the young people to continue the legacy, heritage and tradition of the Douglass Alumni Association. Virginia Hankins said we were working with them, but that they hadn't been to any of our meetings. Sandy said we need to notify them of our board meetings by contacting Jeff Faulkerson (organizer of the upcoming Kingsport Ebony Club Reunion).

Kathy Evans asked if we could order new dish clothes to sell as a fundraiser, that people had been asking. She said that it would take about 8 weeks to get them in. Most board members acknowledged that, while the dish clothes were a popular item, a motion on whether to order new ones failed, because they would not arrive in time to sell for the Reunion. There was discussion on exactly how much to charge for them, since the board did not make a lot of money off the sale of them.

Lillian Leeper asked permission of the Board to run the Board's advertisement in the upcoming Little Miss Vision Pageant's program free of charge. Permission was given.

Doug asked for volunteers to be on the Douglass Alumni Scholarship Committee, to read over the essays and resumes of the students applying for the scholarships, to be awarded during the Reunion's Memorial Program on July 5th. Ruth Russell, Ozine Bly, Lillian Leeper and Sandy Wilmer all volunteered to serve on that committee.

Louetta mentioned that the man she would be getting a tent from, for Field Day on the Douglass Ball Field is out of town, and that she would need money from the Board Treasury to rent that tent, and Doug said he would take care of the permit for that. He also mentioned that both shelters on the Douglass Ball Field have been reserved for the Alumni Association for Field Day, and if more electricity is needed than what the shelters currently provide, the city will run some electricity boxes for the extra power. The Splash Pad is not part of the reservations, and would remain open to the public during Field Day.