Will Black America Allow Ebony and Jet to Go Out of Business?


E-mails that have been circulating through the internet the past few weeks about the financial collapse of Ebony and Jet magazines may have a small kernel of truth in them. The magazines have been impacted by the sour economy, but Johnson Publishing Company officials deny that there is a financial collapse. 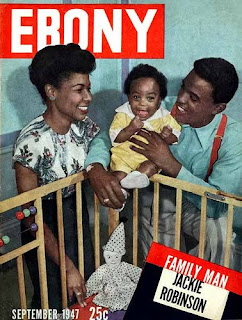 Rumors of the magazines’ financial collapse began in early February, after word leaked out that three of the four managing editors at Ebony and Jet had taken the buyout that was offered to them in the first half of January. Three days after the inauguration of Barack Obama, Johnson Publishing held a staff meeting and informed staffers that positions at the company were being eliminated and that staffers would have to reapply for their jobs. It has also become public that reporters dispatched to cover the Obama inauguration were required to pay their own expenses, to be reimbursed later, and that they were forced to make the 11 hour trip from Chicago to Washington, D. C. by car and stay with friends while in Washington. There were also reports that freelance writers were not being paid in a timely manner.

Senior editor Sylvester Monroe, a former Times magazine correspondent who went to work at Ebony three years ago, left in frustration earlier this month. Mr. Monroe told Richard Prince’s online column Journal-isms (www.www.mije.org/richardprince) , "We're asking people to write for exposure because we can't pay them, which I think is wrong. The nation is witnessing "the biggest story in black America since the Emancipation Proclamation (the Obama presidency) and we're watching it pass by.” 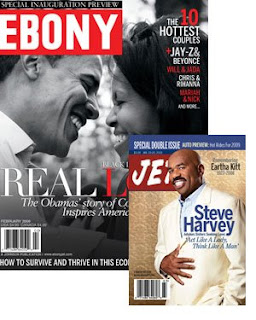 Another hint that the company might have been experiencing some financial stress was the fact that Jet, a weekly magazine, began combining issues.

In recent years, the magazine has undergone a facelift, which appears to have been successful. Sales of Ebony, as well as Jet, have increased, however, ad sales have declined. According to Publishers Information Bureau, ad pages for Ebony magazine fell 16 percent while Jet’s ad pages dropped over 22 percent.
Founded by the late John H. Johnson, Ebony magazine is the largest and oldest publication in the world targeted to African-Americans. After Mr. Johnson passed, his daughter, Linda Johnson-Rice succeeded him as President and CEO of the company.
In a statement e-mailed to Folio, Mrs. Johnson-Rice stated, “"Reshaping our organizational design will help ensure that we continue to evolve with the ever-changing media landscape.”
Posted by douglassriverview at 4:15 PM