DOUGLASS ALUMNI ASSOCIATION TRUSTEE BOARD MINUTES OF MAY 16, 2009

NEW ITEM: Board Member Questions Why Board Meetings and Information Are Covered by Sons and Daughters of Douglass Website 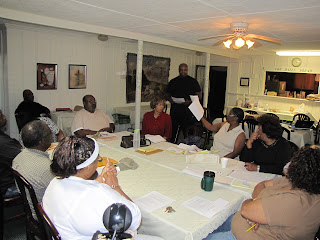 Sandra Wilmer - gave an update on the monies collected. Motion to accept the financial report was made by Calvin Sneed, second by Ethel Russell. Motion carried.

Linda Bly – called the IRS and explained the reason why she was calling them, she wanted to know the proper procedure for reporting news from a non-profit organization meeting. She was told that for our organization with the tax code we have we do not have to publicize our meetings. We are not an organization that is getting multi-million dollars in donations. Douglas Releford said that we can have an executive meeting and it doesn’t have to be recorded. Both Calvin Sneed and Douglas Releford stated that they would not be a part of any organization that was closed to the public.

James Bly – said that he felt that that everyone and the news being reported should be on a cohesive level before it is put on the internet.

Louetta Hall - talked to Mr. Blessings about what vehicles we would have in the July 4th Parade. She stated that we will have a convertible and possibly a van. Calvin Sneed presented some magnetic signs that could be used on the vehicles. Two people will be needed to carry the Douglass banner (possibly two young people).

Judy Phillips - interjected that she has been absent due to work etc, but now she is back and is ready to do whatever is needed.

Sandra Wilmer - made a motion to lower the amount of ad books to order from 150 to 100. The reasoning behind the motion is due in part to the low response thus far, it was decided that the books would be for those that have pre-registered. In other words first come first served. It was also decided that if more books were needed that Ricky Hancock said that it would not present a problem as long as it wasn’t a 100. Motion was second by Louetta Hall. Motion Carried. 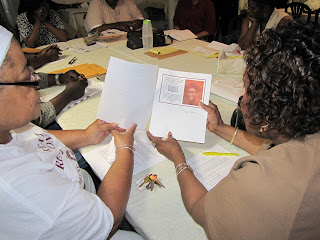 Linda Bly – Ricky Hancock needs $200 deposit for paper etc., to get started on the booklets. The board agreed and Sandra Wilmer wrote him a $200 check. Ricky handed out samples of the type of paper that he would use (glossy) in the ad booklet. Ricky also stated that everyone should send their ads via (jpeg). The calendars were cancelled due to low response. The final payment for the Ad Books is due June 27th.

Louetta Hall - will take of the pens she stated that after the pens are ordered it shouldn’t more than a couple of weeks to come in.

Sandra Wilmer – suggested that a committee should be formed and from that committee set up a store to sell Douglass memorabilia. Calvin Sneed has ordered several articles that are of concern to many of the board members. It was also suggested that maybe we could have some articles to sell during Field Day.

Douglas Releford – read Article 5 Section 2 of our by-laws concerning election of officers. It stated that officers will be elected at the bi-annual meeting in July, 2009.

Discussion of letter Calvin Sneed was asked to write on behalf of the Douglass Alumni Association-Kingsport, joining the other non-profit V.C. Dobbins agencies in helping the City of Kingsport apply for grants for interior design, furniture and new infrastructure items for the upcoming V.O. Dobbins/Douglass renovations.

Adjournment was made by Sandra Wilmer second by Andra Watterson. Motion carried