Kwanzaa turns 43 year old this year (2009). Kwanzaa, the alternative to Christmas mainly celebrated by African-Americans, was created in 1966 by Ron Maulana Karenga.

Ron Maulana Karenga, a political activist and professor was activist in the "Black Power" movement in the 1960s. Karenga helped found the Black empowerment group "US Organization. 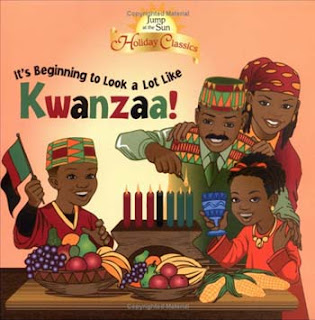 Kwanzaa, derives its origins from the African "First Harvest" and was created as way for the African-Americans to connect to their traditions rooted in African and to common humanist principles.

Kwanzaa is based on seven principles each with a Swahili name:

Umoja (Unity) To strive for and to maintain unity in the family, community, nation and race.

Ujima (Collective Work and Responsibility) To build and maintain our community together and make our brothers' and sisters' problems our problems and to solve them together.

Ujamaa (Cooperative Economics) To build and maintain our own stores, shops and other businesses and to profit from them together.

Nia (Purpose) To make our collective vocation the building and developing of our community in order to restore our people to their traditional greatness.

Kuumba (Creativity) To do always as much as we can, in the way we can, in order to leave our community more beautiful and beneficial than we inherited it.

Imani (Faith) To believe with all our heart in our people, our parents, our teachers, our leaders and the righteousness and victory of our struggle.

Kwanzaa was originally meant as alternative to Christmas. Karenga, who was also a convicted felon, saw Christmas as a "white" holiday that blacks should reject. Since then Karenga and the celebration he spawned have evolved into a more complimentary celebration, occurring from December 26th - January 1.

Though some say Kwanzaa is a manufactured holiday it is now firmly established as a, mainly, American tradition. Recent research shows that over 4.5 million Americans celebrate Kwanzaa.
Posted by douglassriverview at 2:52 PM