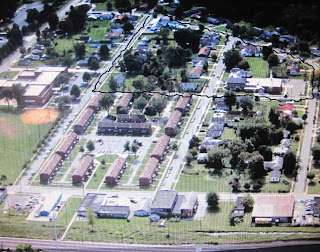 Neighbors report the electricity went out Saturday night in the 2 blocks that run from the Mount Zion Church on Dunbar Street, to Carver Street and on around to the Central Baptist Church parking lot at Douglass Street. Then, the entire length of Douglass over to V.O. Dobbins, and back down Louis Street back to the Mount Zion Church on Dunbar. I called around, and got it narrowed down to those two blocks.

The power failure is blamed on the heavy snowstorm that crippled Kingsport, knocking out power to 135,000 customers of American Electric Power at one point. By early Saturday afternoon, the outages topped 200,000. 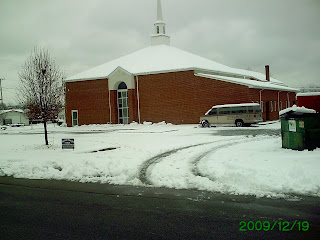 For the first time in many years, and probably only a handful of times in its history, there were no Sunday morning worship service at the Central Baptist Church Sunday morning, because of to the power outage.

Oddly enough, the power is still on, on the far side of Dunbar Street on the Clay Hill side, from the Blyes down to the Taylor's and Deal's, and down to Lincoln/MLK.
The block from the Hickman's at 214 Dunbar Street, to Douglass Street to Carver and back down still have electricity, too. Also with power is the block from Louis to Wheatley, and down Louis to Lincoln-MLK.

Why that two-block section is affected is not known. Neighborhood speculation is that Dunbar Street has always had power coming from the downtown substation that serves downtown and the brickyard. The center neighborhood homes are served with power from across town on Sullivan Street, Dale, East Sevier and Center Street, from a substation that also feeds Wellmont-Holston Valley from Gibsontown. The Louis Street-Wheatley Street-V.O. Dobbins Complex is served from a power substation that also feeds Borden Village. An examination of the power grid in the neighborhood shows this.

At this point, nobody knows if a tree limb fell on a power line, or a line simply snapped in the power-affected 2 blocks of Riverview.
Posted by douglassriverview at 12:25 PM