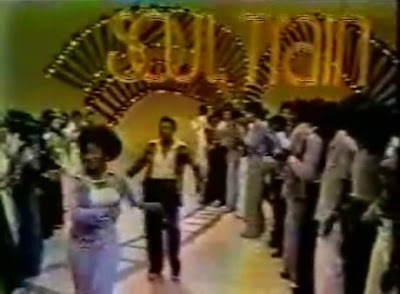 Who doesn't remember "Th' SOOOUULLLL Train." Somewhere in our memories, there's the deep, rich, baritone voice of Don Cornelius, beckoning us to get up off your seat, and shake your groove thing coming down the Dance Line (don't forget, boys on the right, girls on the left). That camera stayed right with you until you reached the bottom of the line, then it switched over to the other dance line.

If you remember dancing (and some of us even participating) in the famous dance line during the "Soul Train" dance program, it's coming to Riverview this coming Monday, July 18th around 8:30 PM.

Only.. this time, we stand to get a listing in the Guinness Book of World Records. 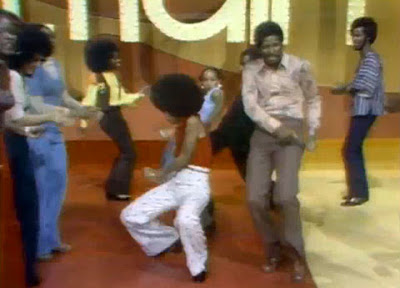 Music legend and master bass guitarist Vic Danger is bringing the famous Soul Train Dance Line to his Rhythm In Rivervier concert, hoping to set the world's record for the LONGEST 'SOUL TRAIN' DANCE LINE ever.

"We call it the 'Vic Danger Super Soul Train Line," Danger told us in an interview. "We have the documents from the Guinness people who want us to verify the longest line, get some media coverage of it, and then send it to them to establish the record on Monday the 18th." 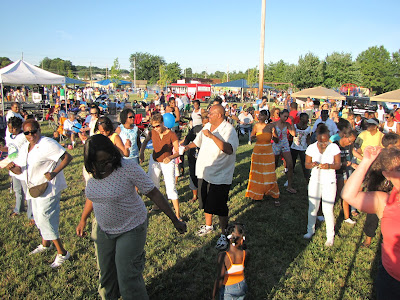 The record in Riverview is a guaranteed shoe-in.. there's no way that the record won't be broken, when the Rhythm In Riverview crowd sets it.

Because there is no current record. "The Longest Soul Train Dance Line" has never been done before. Riverview folks will immediately set the record on Monday, once they do it and the documentation sent in.

"Usually, the Guiness people send a representative down to whatever record-breaking event is going on," Danger says. "That representative then makes the official count, or the official verification right there on the spot. This is different, because nobody has ever set this record before.. there's no magic number to go past. If we have 10 dancers or a couple of thousand, we automatically set the record."

The REAL satisfaction, Danger says, will be the mention of Kingsport forever in the Guiness Book of World Records, as being the site of the first time the record was set. 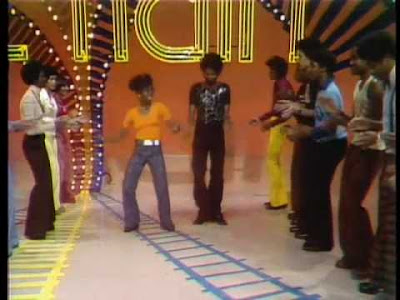 "This type of thing is perfect, for putting Kingsport on the map," he says. "Other cities may come and go surpass us and themselves in the future, but Kingsport will always hold the distinction of where the record began. That can be a moneymaker for the city with tee-shirts, coffee mugs, posters, etc, emblazoned with that historical fact. For that reason, I really just want us to be the first."

"We hope to have people of all races, all cultures, all ages, all backgrounds to come on down to the Douglass Ballfield Monday night around 6 PM so we can rehearse it and get everybody ready by 7 PM. We'll also be warming them up for a really good concert from me and my band," Danger says.

"The Guiness Book of World Records has all kinds of records in it, like the longest kiss, the most people kissing, the longest hot dog, the tallest man, " Danger says, "but nobody has ever done the longest Soul Train dance line. We're looking at several ways to form the line, either, as you said, Calvin, snaking it around the ballfield, or forming it down MLK from the Splash Pad. It depends on what the city lets us do." 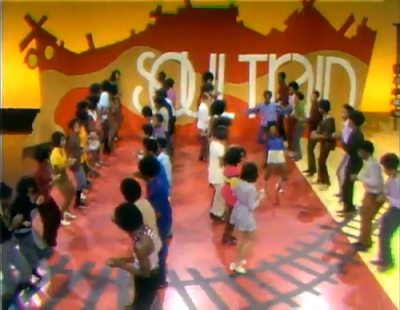 Of course, the only way to accomplish the feat, is with people. People with a good sense of humor, people who get excited about having fun, and people who want to be part of history. Pictures of the event, will help document the historical significance.

"It doesn't matter if you can dance or not," says Danger. "If you can dance, that's great.. come on down and do your thing down the line. If you can't dance, just shake what you got and have fun.. that's what it's all about."

"On Monday, July 18th somewhere around 6 or 7 PM, you'll help us make history and put Kingsport on the map."

And it will be an interesting map. One that will recognize the fun we'll all have!
Posted by douglassriverview at 12:27 PM