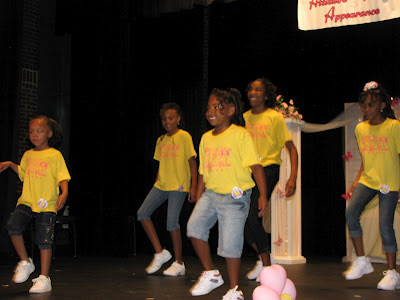 The 3 A's are working among the young ladies in the Riverview community, and this year's Little Miss Vision pageant, held on Saturday, June 30, 2012, allowd them to show to a proud community, what they have learned during the past year.

"The Little Miss Vision campaign really went well this year, despite having only 5 contestants in the pageant," says director Lillian Leeper. "Our committee did a wonderful job and we were able to help these girls with their self-esteem at a crditical time in their lives. Their parents also helped us, and with the help of the community, we're able to make a difference in their growth and development." 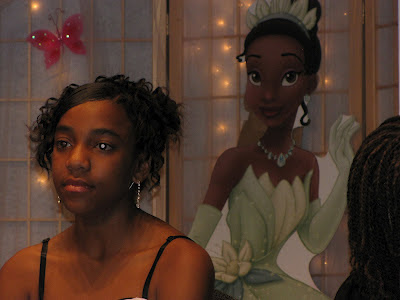 Click bere to see a slideshow of the 2012 Little Miss Vision Pageant.

For Ta-Tionna White, her 5th year in Little Miss Vision, has changed her outlook on how young ladies are supposed to act in today's society.

"I've learned that being a little girl the right way, can help me live longer and have more fun, especially when we all go out to different places," she says. "The 3 A's really helped me.. that using a good attitude can lead you to better things."

"Ta-Tionna has been in the pageant before, and even though she has not won it, the self-esteem that she's getting is much more important," Mrs. Leeper says. "Like the other young ladies, she's learning a lot about how women are supposed to carry themselves. It's not always about winning the pageant.. it's the life lessons that you learn from being in Little Miss Vision." 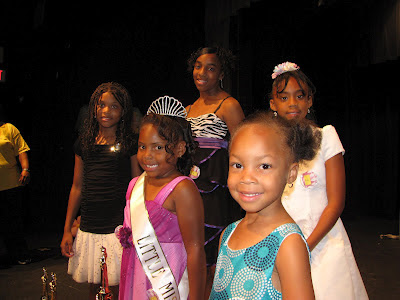 The contestants this year were Ki'Miyah Shaw, Alise Farrell, Ja"Naya Hamler, Ta-Tionna White and Makaila Bell. They competed in the categories of sportswear, dresses and overall presentation.

During the pageant, Suzanne Elliott, Traynesha Robinson and Marlon McGue entertained the audience with vocal solos. An instrumental solo was performed by saxaphonist Casey McClintock.

Several door prizes were handed out at the pageant, including free tickets to movie theaters, personal and household items. The biggest door prize was a big screen high-definition TV. 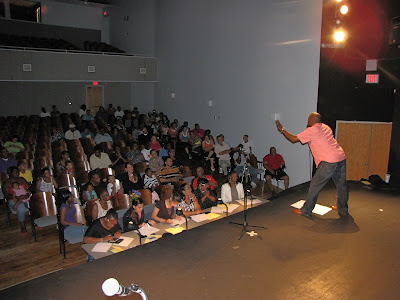 The influence of a former pageant host was also felt.

"We are really missing Tim (Hall, who passed away from a brain tumor in March, and hosted the pageant two years ago)," Mrs. Leeper says. "Tim was always in the umbrella of events that we formed many years ago, him with his comedy routine, Johnnie Mae Swagerty and the New Vision Youth, the Little Miss Vision campaign, and two others. We want to dedicate this next year's campaign and the next pageant to Tim and his memory of always supporting us and the others under that umbrella." 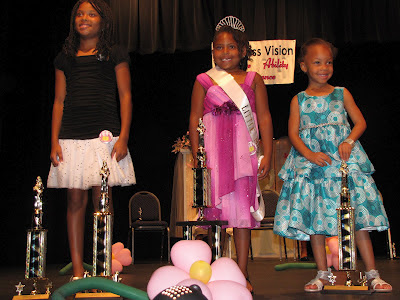 Second runner-up in the 2012 Little Miss Vision Pageant was Makaila Bell, who was also awarded Miss Congeniality. 1st runner-up was Ki'Miyah Shaw. The winner of the pageant was Ja'Naya Hamler.

For Ta-Tionna, that will always mean a lot.

"I can take those 3 A's with me as I grow older, and can use them to make something out of myself."
Posted by douglassriverview at 1:05 AM