Region celebrated Fourth with a bang 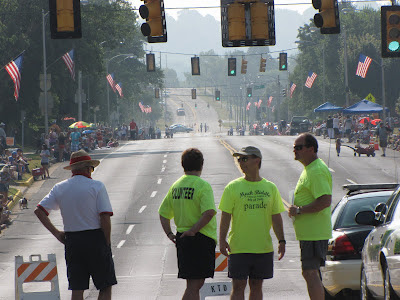 Deemed one the largest parades in the state of Tennessee, the 59th annual Mack Riddle American Legion Fourth of July Parade in Kingsport got under way at 10 a.m. on the Fourth.

More than 100 entries marched for this year’s Model City tradition, according to the Kingsport Area Chamber of Commerce’s Karen Jobe.

A new ceremony made its debut at the parade grandstand — a pledge of allegiance led this year by students from Rock Springs Elementary.