FROM THE MIDDLESBORO DAILY NEWS 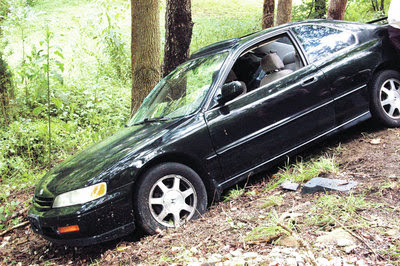 One man was transported to Pineville Community Hospital (PCH) following a single car wreck along KY 190. Anthony Daniels, of Kingsport, Tenn., was traveling from Clear Creek toward U.S. 25E, according to a witness at the scene. The witness said Daniels appeared to swerve and lose control of the vehicle after a speeding truck passed them. No official report was made by the Bell County Sheriff’s Department. Daniels was transported to PCH following the wreck.


Posted by douglassriverview at 1:15 AM