2012 Turkey Bowl: Working Off that Thanksgiving Meal for a Good Cause

PLAYING FOOTBALL ON THE DOUGLASS BALLFIELD, 1955 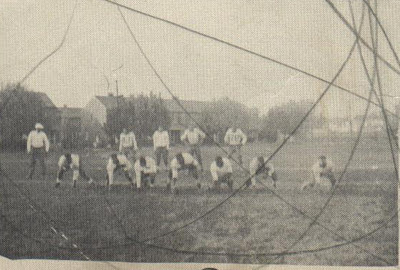 Back in the day, young men in Riverview had a tradition of excellence.

Every Thanksgiving after feasting on the holiday feast prepared by their families, young men would gather at the Douglass Ballfield. It would always start off with two guys, just passing a football back and forth.

Other guys would see them out there, and join in just passing the football back and forth. Some of them were making athletic plays out there, running and streching, and showing off their football prowess for the friends they grew up with.

Before you knew it, there would sometimes be 20, maybe 30 young men out there. One thing would lead to another and sides would be chosen up, and next thing you know, there would be a full-fledged football game going one, right there on the ballfield. It attracted residents in the neighborhood, who would come out to watch.

It was the football game which had no name. Just guys with nothing to do after a Thanksgiving feast. 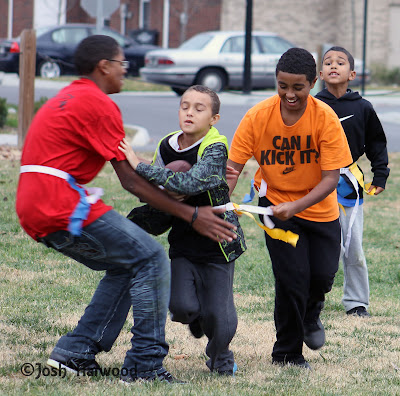 The 2012 Turkey Bowl, in honor of Thanksgiving Day, is in its second year, and in its reincarnation, it's making sure needy children have a happy Christmas. Oddly enough, it features many children and grandchildren of some of those same athletes.

Created with flickr slideshow.
"I got the idea for the Turkey Bowl from watching our folks in Riverview take care of each other," says Fred Smith, organizer of the event. "Folks always coming through for each other and enjoying time with friends."

"Last year, we collected toys for children in the community," says Smith. "Those kids otherwise would not have had a good Christmas. It means a lot to be able to provide them toys, because we should give back to people who need it." 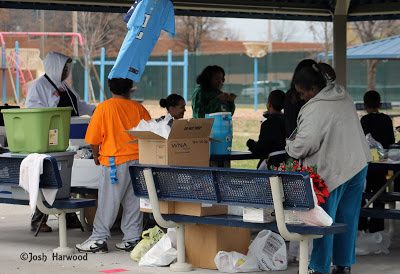 Toys are collected this year, too. 2 children selected from the Salvation Army's Angel Tree program are the recipients of toys from the Turkey Bowl.

"The children are a 7 year old boy and a 7 year old girl," Smith says, "We gong to try and make sure they get what they want for Christmas. Last year, it was just 'let's get people to donate toys and then get those toys to kids in the community who need them for Christmas. The response was tremendous, and this year, it's going to be better."

Smith remembers those days as a child, he watched the Thanksgiving athletic competition without a name. "Folks would come out, or they'd pass by and stop, or they'd be sitting on their front porches on Louis Street, watching grown men having a blast. Pretty soon, it was a neighborhood event, and always exciting." 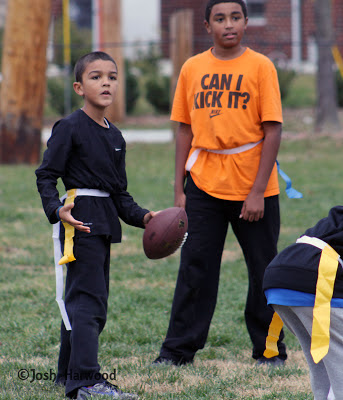 To cut down on possibily injury, the Turkey Bowl is always a no-contact event. It's flag football faceoff for the football fanatics in every neighborhood family. There's also a football event for the kids, too. There was also a raffle to raise money with the prize being an autographed jersey from D-B great Coty Sensabaugh, cornerback for the Tennessee Titans.

"We want the Turkey Bowl to get bigger and better every year, since it is now an annual event," Smith says. "We want to show kids that helping other people out is hard work, but it can be fun and exciting, too." 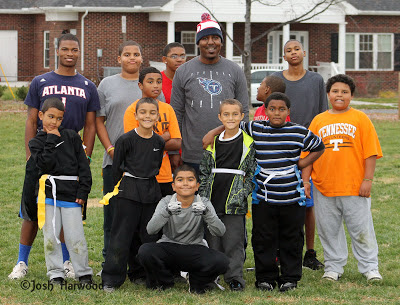 "We don't want them to wait until they've made it in life to start giving back to the neighborhood."

Toys will be accepted up until December 15th and then delivered to the Angel Tree children that were selected.