Gents to Gentlemen: "Struttin' their Stuff in 2012" 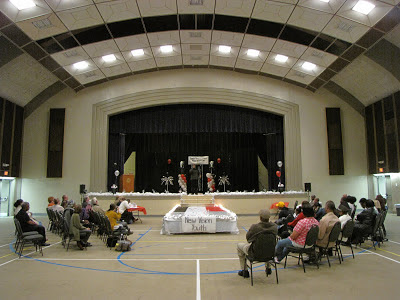 The Gents to Gentlemen Pageant is getting bigger and folks say, better.

The annual pageant was held on Saturday, October 20, 2012 at the Kingsport Civic Auditorium.

"We had 13 contestants this year," says Johnnie Mae Swagerty, whose group New Vision Youth co-sponsors the event with Taylor Insurance and Kingsport Parks and Recreation, Community Services Division. "The contestants were dressed in tuxes, some of them, in suits and casual wear. They were just nice, fresh, handsome men and the crowd loved them." 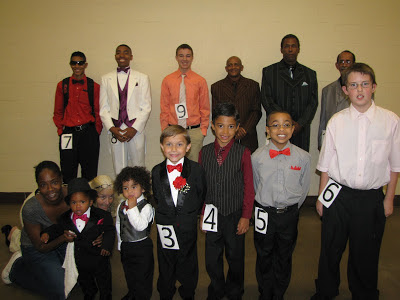 "It was a good event for New Vision," she says, "because the kids get to meet new people like Dylan (Prater), a contestant and student from Daniel Boone High School. "He got to meet and socialize with New Vision's Tyrick Hale and Brandon Pruitt from the Riverview community. It's good for everybody to fellowship with others." 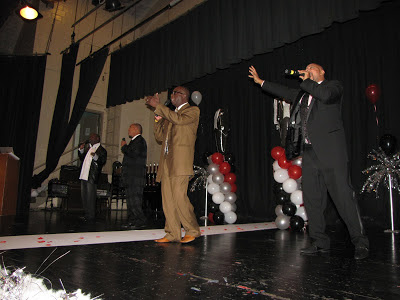 Your host this year was B.T., and the gospel group Witness sang for the audience. Soloist Donte Lewis wowed the crowd with a couple of songs during the intermissions. A moment of silence was also held for former emcee Xavier (Tim) Hall, who passed away back in March. "We truly miss him, because he always hosted our pageants, talent shows and community events. The pageant this year is dedicated in his honor. 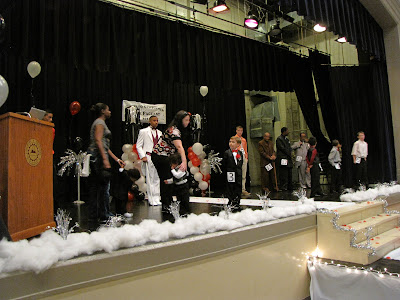 Proceeds from this year's event go to Big Brothers-Big Sisters, the Lamplight Theater, and the Kingsport Senior Citizens Center. Next year, Swagerty plans to wrap the pageant into the United Way's fundraising event. "We'll have a Mr. and Miss United Way in September, when that agency starts its annual fundraising drive."

The 2012 Gents to Gentlemen contestants ranged in age from ages 18 months all the way up to 68 years old.

"Every one of them is a blessing," Swagerty says. "All of them are winners." 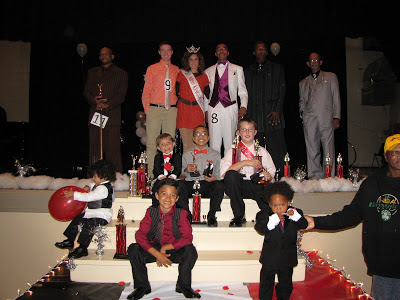 Winners this year were:


Posted by douglassriverview at 12:27 AM