Day Of Prayer In Rogersville 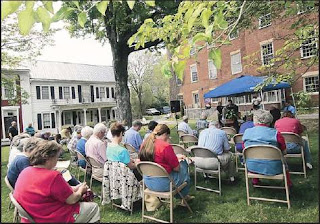 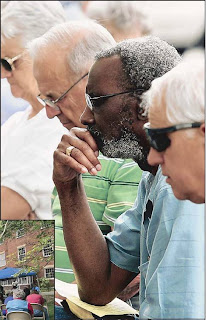 ABOVE: The National Day Of Prayer Event in Downtown Rogersville

PHOTOS AND STORY FROM THE KINGSPORT TIMES-NEWS

The English Family sings ‘Power in Prayer’ during the National Day of Prayer event in downtown Rogersville on Thursday. At right, Rolax Jones prays during the meeting on Main Street in Rogersville. About 50 people gathered to pray for different topics — ranging from our nation and its leaders to the media and its influence. Local pastors lead those gathered in prayer for the event, which was held on the lawn of the Rogersville Courthouse, above.
Posted by douglassriverview at 3:01 PM