It's a celebration of distinguished women in upper East Tennessee, and their acoomplishments read like a Who's Who of integrity.

MORE PHOTOS, INCLUDING THOSE WHO ATTENDED, IN THE PHOTO GALLERY

It was the annual Women of Excellence celebration, sponsored by the Psi Omega Omega chapter of the national Alpha Kappa Alpha sorority. The event was held at the Quality Inn, Kingsport on Saturday, October 25, 2008.

"We recognize African-American women who have made contributions to the communities in six different areas," says Pi Omega Omega local chapter president Linda Calvert. "Those areas are primarily religion, community service, lifetime achievement, education and business, as well as the pop political arena." 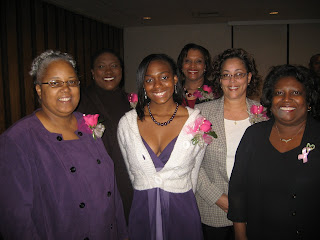 Mrs. Charles is the owner-operator of Sista Act Styling, now in its eighth year of cosmetology in the Johnson City area, also serving Kingsport..

Dr. McQuirter is with Blue Ridge Internal Medicine, and has been described by one of her patients as a doctor with intelligence, patience and understanding with a genuine concern for her patients.. She and her husband, Dr. Julian McQuirter are members of the Shiloh Baptist Church, Kingsport.

Ms. Smith is an occupational registered nurse, who is known for carrying her love for God to the various health awareness committees, and also serves as a trustee with the Douglass High School Alumni Association.. She attends the Central Baptist Church in Kingsport.

Mrs. Johnson is a Board Member with the Appalachian Girl Scouts, whose youthful influence is seen with the Teen Girls Sleepover and the Teen Devotional Team at the Thankful Baptist Church in Johnson City, where she and her husband Keith attend.

Mrs. Jenora Wade is known in the Johnson City area for her work with the Health Information Service of Northeast Tennessee, and also has served as chair of the NAACP Freedom Banquet, member of the Carrie Moragne Missionary and director of the Bethel District Sunshine Band. She is a member of the Friendship Baptist Church in Johnson City. 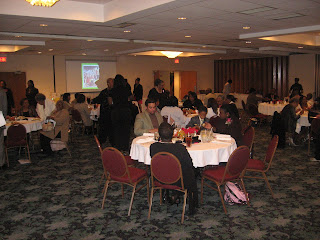 "As primarily an association of educated African-American women, the Women of Excellence event allows us to recognize these individuals on whose shoulders we now stand," says Mrs. Calvert. "We recognize the lifetime achievement person, because we know they have struggled and put forth a lot of effort to be where they are. We also like to recognize the upstarts, the younger ones as they are coming along, to give them encouragement and let them know that what they have done in the community does not go unrecognized." 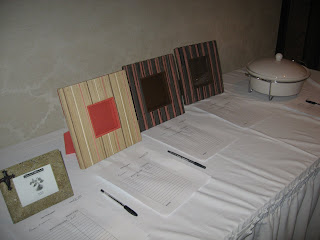 "For the community as a whole," she continued, "it tells our people, particularly in the African-American community, that even though you might not be recognized by civic groups like the Junior League or the YWCA, the community still appreciates what you do. Hopefully, through this recognition process, it is also encouragement to others to give of themselves to their community, and/or to continue making contributions to their professions." 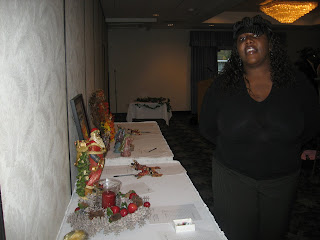 The Alpha Kappa Alpha Sorority is the first sorority for African-American women, started in 1908, on the campus of Howard University in Washington, D.C. This year, the sorority is in its 100th year. There are chapters throughout all 50 states, as well as AFrican, Europe and the Carribean. The Psi Omega Omega chapter of upper East Tennessee is eight years old, and serves all of the Tri-Cities area, reaching down to Morristown. A new recently-chartered chapter has now formed to serve the area from Morristown on down into Knoxville.
Posted by douglassriverview at 11:50 AM