Riverview Clean-Up: The "Treasure in Someone's Trash" Strengthens the Community

The community is not only watching you.. it's doing something you should be doing for yourself.

It's picking up after you. 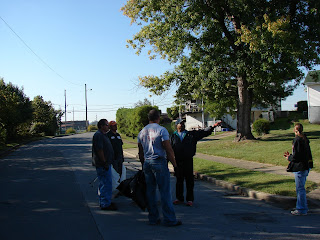 "This is always a good community project," says Reverend Kenneth Calvert of the South Central Community Development Corporation. The clean-up is done through the Weed and Seed program, which the SCCDC is in charge of. "It is a prevention-intervention and treatment phase of Weed and Seed, where we try to put something back into the community. The city already has a clean-up program and we just partner with them. One of the things we have learned through Weed and Seed is to development partnerships with various agencies. We can't do this type of project by ourselves, but with the help of our partners, our accomplishments are the result." 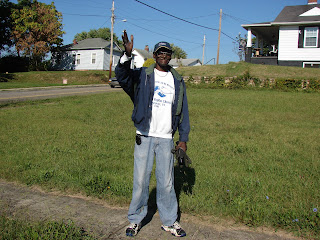 The clean-up effort began near the Krispy-Kreme on Center Street at 9 A-M. It focused on Dunbar, Carver, Louis, Douglass, Wheatley Streets and MLK Drive, then went across town to Dale, Maple, East Sevier, Cherry and Oak Streets and the alleys in between, all concentrated between East Center Street and Wilcox Drive.

As a result of the clean-up partnerships, participants in the clean-up represented a wide variety of diverse groups. The Kingsport Police Department had several officers at the beginning of the clean-up, city refuse workers were on hand the local parole board sent 10 to 15 of its participants to help pick up trash, and even children from the New Vision Youth also took part in picking up other people's trash. They learned how to be stewards of the community this way. 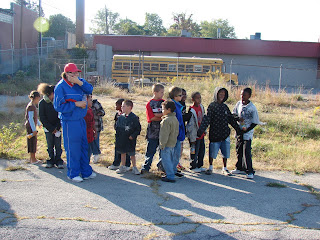 "I was particularly pleased to see the New Vision Kids," Reverend Calvert said. "Those kids worked as hard as the adults. At the end of the clean-up, we held a little festival and major cookout, with hamburgers, hot dogs, chips, drinks, the whole nine yards. The young folks who came out and helped, were able to eat until they were more than full." 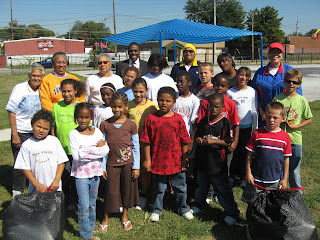 At one point during the afternoon, it was a throw-back to the past, when Riverview's neighborhood children all played together. The kids were exercising and playing on the jungle gym equipment, and Johnnie Mae hollered out to them "y'all ready to go?"
A slow, but resounding "no" came from the group. The party continued. 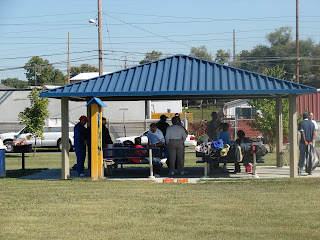 "The picnic afterwards was sort of a thank-you for the kids, who were able to use their skills to become community-active," Reverend Calvert said. "They had a good time interacting with each other developing and maintaining friendships, but also during the clean-up, they were able to interact with the police. They saw that 'yes, there could be a friendship there.' With the adults, too, all of those factors help strengthen the community process."

"This year, Brother Jack Pierce was the chairman of the clean-up campaign," says Reverend Calvert. "He and local resident Linda Kincaid and a few others helped direct it, and they really pulled together a good work force. By the time everybody had gathered, we had about 70 people walking the streets and alleys off and on, picking up and raking trash." 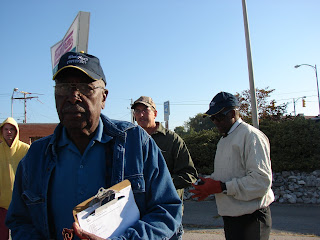 "The first year we did this, we collected about 28 tons of trash. This year, we fell well short of that because the area is almost policing itself. We still do the clean-up just to make sure we are not taking the process for granted, and it allows us to come together and work together as citizens. Brother Pierce did a wonderful job of helping get this organized, just a wonderful committee, and I am very thankful for his work." 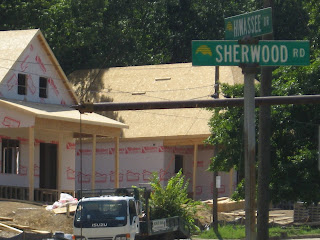 "We have a wonderful community with several projects all going on at the same time that will enhance the lives of our people," says Reverend Calvert. "Of course there are the biggies, the planned renovation of V.O. Dobbins that will start soon, and we're looking forward to the HOPE VI homes coming in, which has actually begun at Sherwood-Hiwassee. I have seen those homes and they are wonderful.. about 2,500 square feet of space with a wonderful floor plan, all modern structures. I believe that once they're built and our citizens move in, not only will South Central Kingsport benefit, but the whole city will be surprised at just how beautiful they are. Those homes will rival any other homes in Kingsport." 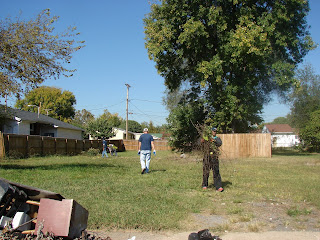 "Once you have walked the streets and picked up the trash and debris," Reverend Calvert says, "it lets citizens fell that 'yes, this is my community,' and they can take pride in the the fact that it looks good when you drive through."

"Martin Luther King Drive is now probably one of the safest streets in Kingsport, and today, it was one of the cleanest."
Posted by douglassriverview at 2:12 PM