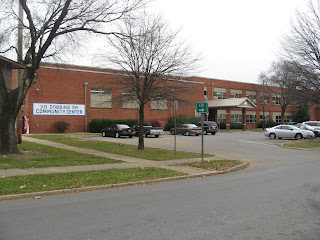 SPECIAL NOTE: THIS BMA MEETING NEXT WEEK MAY BE ONE THAT RESIDENTS OF RIVERVIEW AND SOUTH CENTRAL KINGSPORT NEED TO ATTEND. WE NEED A SHOW OF SUPPORT FROM OUR COMMUNITY TO MAKE SURE THE CITY KEEPS ITS PROMISE TO US, OF RENOVATING THE V.O. DOBBINS SR. COMMUNITY CENTER (OUR OLD DOUGLASS HIGH SCHOOL BUILDING). WE WILL KEEP YOU INFORMED OF THE EXACT DATE AND TIME.

KINGSPORT — The Board of Mayor and Aldermen plan to discuss next week an upcoming bond issuance — up to $22 million — which will include funding for a variety of capital projects, such as a downtown parking garage and renovations to the V.O. Dobbins Community Center.
Every year the BMA approves a five-year capital improvement plan (CIP) that contains a number of projects. Some of the projects are fully funded within one of those five years, while others are funded over a number of years. 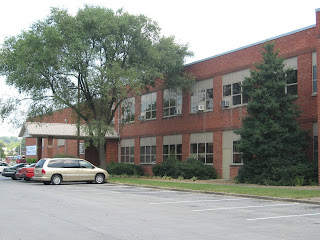 Thirteen projects are proposed for funding in the 2009 fiscal year, including:

• $7 million for the renovation and expansion of V.O. Dobbins.

• $5 million for five local road projects, such as intersection improvements at Clinchfield and Center Street, a roundabout at Industry Drive and Netherland Inn Road.
• $4 million for a downtown parking garage, likely at the Shelby Street parking lot.

• $1.1 million for the Kingsport City School System for expanding the Sevier band room, purchasing property around the schools and security modifications for school entrances.
Other capital projects include improvements to Eastman and Domtar parks, to several city fire stations, money for the Kingsport Riverwalk project and an expansion at the Justice Center.
The BMA is planning to hold a special called work session next week to discuss the projects and finalize a list of which ones to fund in the bond issuance. City Manager John Campbell said he hopes to bring the bond issuance resolution before the BMA on Oct. 21.
Last week, Campbell gave three options for the projects — everything for $22 million; a $21 million bond issuance if you exclude property purchases for economic development reasons or a $17 million bond issuance if you also take out the parking garage.
Campbell said some of the items on the CIP (capital improvement plan) do not have to occur immediately, but that some are timely.
The debt service on a $22 million bond issuance would be $1.76 million; on a $17 million bond issuance the debt service would be $1.36 million. Kingsport expects to see $3.6 million in debt service roll off beginning in fiscal year 2009, which would be enough to fund either option.
Kingsport’s general fund debt is $80.7 million; if no bond issuance is done, at the end of the 2009 fiscal year the debt level is estimated to be $72.9 million. The city’s total debt stands at $156 million — a 20 percent increase from the $129.6 million debt level in fiscal year 2007.
Rick Delaney, Kingsport’s financial advisor, recommended the BMA move forward with the procedural steps toward doing a bond issuance (the two resolutions and preparing various documents) and then wait until the most appropriate time to offer the bond to the investment community.
Mayor Dennis Phillips said some of the projects (such as V.O. Dobbins and the road projects) are higher priority than others, while some need further discussion, such as the downtown parking garage.
“I think any project on there is certainly worthy of discussion. Whether we can do all of these, remains to be seen. We can’t be completely ignorant to the world situation right now, but we can’t just stop all progress and say the end of the world is coming and not do anything,” Phillips said. “We need to analyze very closely any spending we’re going to be doing and be assured not jeopardizing the future of the city.
“It’s an opportune time to act in a prudent manner and keep our momentum going, yet not overspend.”
Alderman Larry Munsey said the BMA needs to have additional conversations about the library project, justice center expansion and the parking garage.
“My thinking is, that when economic times get difficult, that if you have the wherewithal, that is the best time to expand and build,” Munsey said. “It’s probably going to be cheaper during that period of time as contractors are going to be looking for work and you have increased capacity so that you’re able to take advantage when times become better.
The same principles hold true for the public sector, Munsey adds.
“If we can borrow money at a reasonable rate and not have an impact on our credit rating, my opinion is we need to continue down the path we are headed in regard to the CIP projects,” Munsey said.
Alderman Pat Shull said the upcoming meeting on the proposed CIP would help him shape his final decision on whether to support the bond issuance. Shull added that Kingsport has run up a lot of debt recently and that it really concerns him.
“When I looked at the list, what I liked about it was these are the things we should be doing, basic city services — fire, police, schools and infrastructure maintenance. That’s what I like about it,” Shull said. “It would have been handy to have this list by us while we were talking about the executive conference center. We hit these issues one at a time and they involve spending large sums of taxpayers dollars.”
Posted by douglassriverview at 11:16 AM